Weekend Whipper: Whip of Shame, on Delicatessen (5.12a), RRG

NOTE: Muir Valley explicitly prohibits “taking long intentional falls—sometimes referred to as ‘victory whippers.'” While this Weekend Whipper serves as a good lesson to always make sure you’re climbing safely, even when goofing off, it is also a reminder that the climbing community needs to abide by the rules in the places we climb to preserve the rock and protect access by being good stewards.

Everyone loves a good victory whip, but things can go wrong even when you and your belayer both know you’re about to go for a big ride. In this clip a victory whip almost goes terribly wrong.

“I climbed Delicatessen, a 5.12a at the Solarium in the Red River Gorge,” John-Mark Toth writes to Rock and Ice. Toth took a lovely whip, and his belayer thought it looked so good that he decided he wanted to give it a try too.

Toth’s friend tied in and started up. “I told him that he was supposed to clip every draw and then fall from the anchors and I would control how far he would fall,” Toth says.

The climber hung-dog his way up the route, but was still keen to take the massive whip from the chains, victorious or not.

Toth says, “Even though I confirmed with him again [what he was supposed to do], he skipped the [last] clip unbeknownst to me and took the fall from the anchors. As you can see in the video he fell almost to the ground and is lucky we didn’t have to go to the hospital because he didn’t follow my directions.

“Thus we dubbed it the Whip of Shame,” Toth says. 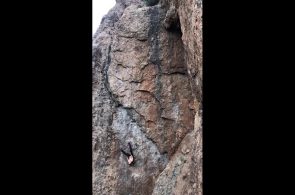 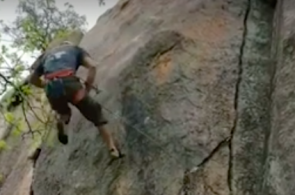 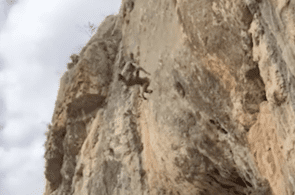 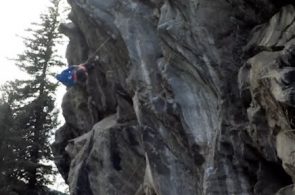 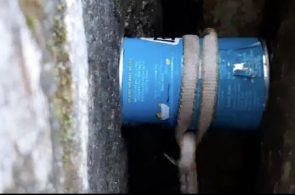 Weekend Whipper: Just Bomber Gear's Will It Whip? | Can of Beans 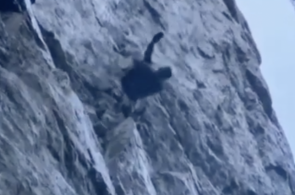 Weekend Whipper: How Helmets Save Lives