A climber blows it beneath the anchors of Elephant Man (5.13a) in the infamous Sex Cave of Reimers Ranch, Texas.

Joseph Le blows it beneath the anchors of Elephant Man (5.13a) in the infamous Sex Cave of Reimers Ranch, Texas.

“It was my first time on the route, I was just trying out the moves but hadn’t seen any of the beta for it,” he tells Rock and Ice. “I ended up using crappy beta causing my legs to cut from underneath me.”

Elephant Man, which was recently featured as an “Amazing Route” in Rock and Ice issue 241 (July 2017) [photo here], starts at the back of the cave (not seen in video frame), traverses under a horizontal roof, pulls the lip onto the face, and then makes its way through a second roof, where Le fell.

“I did nearly every wrong thing you could do in a fall—I slapped the anchors, grabbed the rope and stopped the majority of my momentum with my arm extended out in front of me (although better than with my face),” he says. “Props to my belayer for giving me a hard catch because my legs nearly cleared the lip of the roof.”

A hard catch in this situation likely saved Le from some serious dental work and a head injury, had the lower half of his body gone under the roof, carrying his momentum into the lip. He was lucky to escape with a flapper, sore wrist (from bracing the impact) and possibly a concussion from whiplash, “as I nearly blacked out,” he says.

“Really thankful that I didn’t break anything or hit my head,” he says. “I’ll definitely be wearing a helmet the next time I go on it.”

The Sex Cave has proved itself a steady source of whippers over the years. Here’s one from 38 Special (5.13c) and another from Lucky Strikes (5.13b). 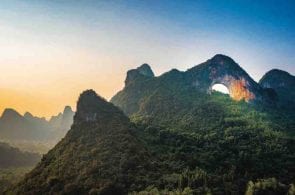 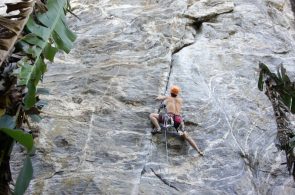 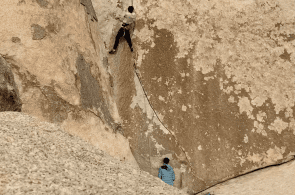 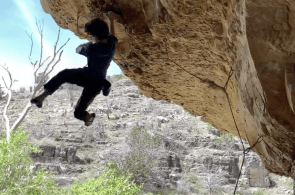 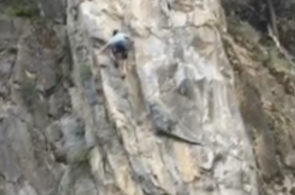 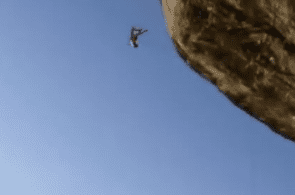 Chris Sharma on the First Ascent of "Trick...