Ben Rueck takes a massive whipper onto a nest of bad cams on Pure Pressure, a previously unclimbed 5.14- splitter in Escalante Canyon, Colorado. If the cam nest fails, it’s a 60-footer to the dirt.

Rueck, sticking to the old-school ethics of the canyon, opted to skip the shiny bolts and climb the line purely on gear. “I used the ‘screamer’ method—three cams non-equalized,” Rueck wrote in his recent feature Pure Pressure published in the latest issue of Rock and Ice (#233). “If the first one ripped, the second would receive less force, and if that ripped, the third would catch. At least that’s what I hoped.”

Rueck broke four cams while projecting the line, but his backups always held. This December, after many huge falls with grounder potential if the cam nest blew, he sent Pure Pressure on gear and put the project to bed.

Ethics? Possible death sentence? Where do you draw the line?

Check out the latest issue of Rock and Ice to read more about Rueck’s Pure Pressure, learning to trad climb and climbing in Escalante Canyon, Colorado. 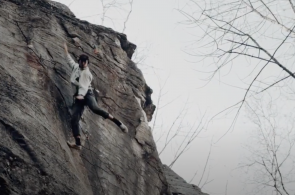 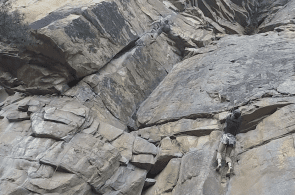 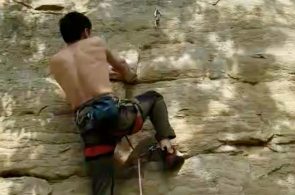 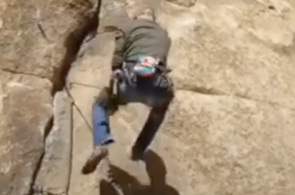 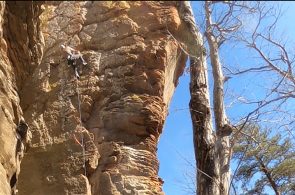 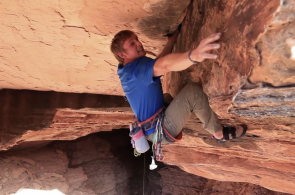