Marin told Rock and Ice there are at least 10 to 12 meters between some of the bolts on this route, so the potential for even bigger falls is there 😯

Fresh off his redpoint earlier this year of Valhalla, the longest (304 meters) and hardest (5.15a) roof climb in the world, in Getu, China, Edu Marin is at it again on another meaty project closer to home.

At the beginning of August, Marin began trying to free a route called Arco Iris at Montserrat, Catalonia, Spain. Armand Ballard, who established the line in 1978—employing aid techniques—called it “one of the most spectacular overhangs in Spain,” in an Alpinist article.

Marin asked Ballard for permission to add several new bolts, so as to make it even moderately safe for free climbing attempts. Even after adding several new bolts per pitch, the route is airy as can be, with falls of 15 to 20 meters possible at multiple points.

Now, he is in full on project mode, getting closer and closer. Marin told Rock and Ice, “It is for sure harder than Tarrago Plus”—a 5.14b to the right of Arco Iris. He freed that line in 2016.

In this video, taken by Esteban Lahoz, Marin takes flight high on the route with the last bolt a good ways below his feet. The rope finally comes taut some 40 feet below. 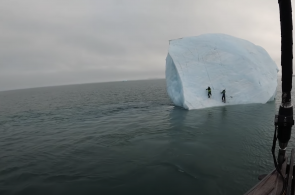 Weekend Whipper: Iceberg Rolls With Ice Climbers On It! 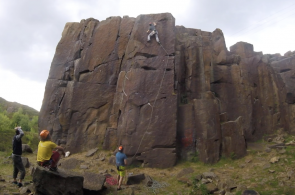 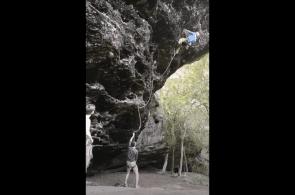 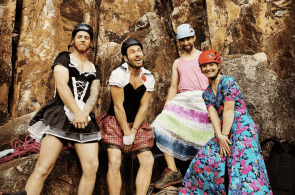 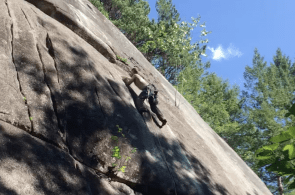 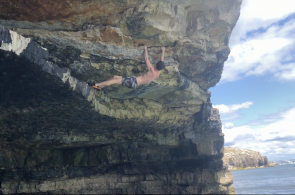 Free as Can Be [Full Film]