We’re always fantastically impressed by people who boulder grades bigger than their age.

Twelve-year-old Oriane Bertone, from Réunion Island, a French department in the Indian Ocean, has just become the youngest person ever to send a V14 (8B+): Fred Nicole’s Golden Shadow in Rocklands, South Africa.

Until this, Ashima Shiraishi and Mirko Caballero held the joint title of the youngest person to climb V14. Shiraishi sent Golden Shadow in July 2014 only months after Caballero sent Meadowlark Lemon Sit (V14) in Red Rocks, Nevada. Shiraishi became the second woman to ever send the V14 grade, the first being Tomoko Ogawa who repeated Dai Koyamada’s Catharsis in Shiobara, Japan, in October 2012. To date only eight other women have climbed V14—Bertone brings the tally to nine.

Bertone, who sent her first V13, Fragile Steps—also in Rocklands—when she was only 11, also onsighted V9 (7C) and sent a number of V11 (8A) problems during her Rocklands trip, including Nutsa and Dirty Epic. 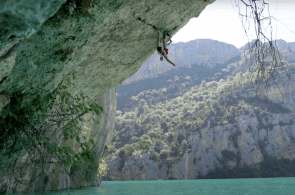 Chris Sharma on the First Ascent of "Trick or Tree," 5.14a Deep Water Solo 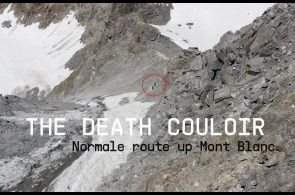 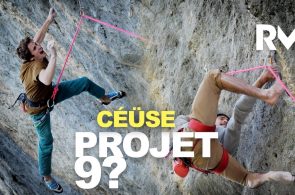 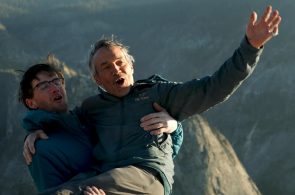 Free as Can Be [Official Trailer] 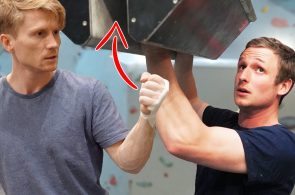 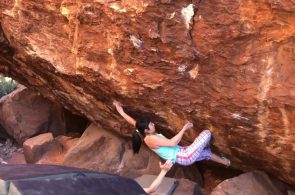 Weekend Whipper: Getting Weird on "Unpopul...