Next time you’re cruxing out over a clip, you’ll be happy you read this! 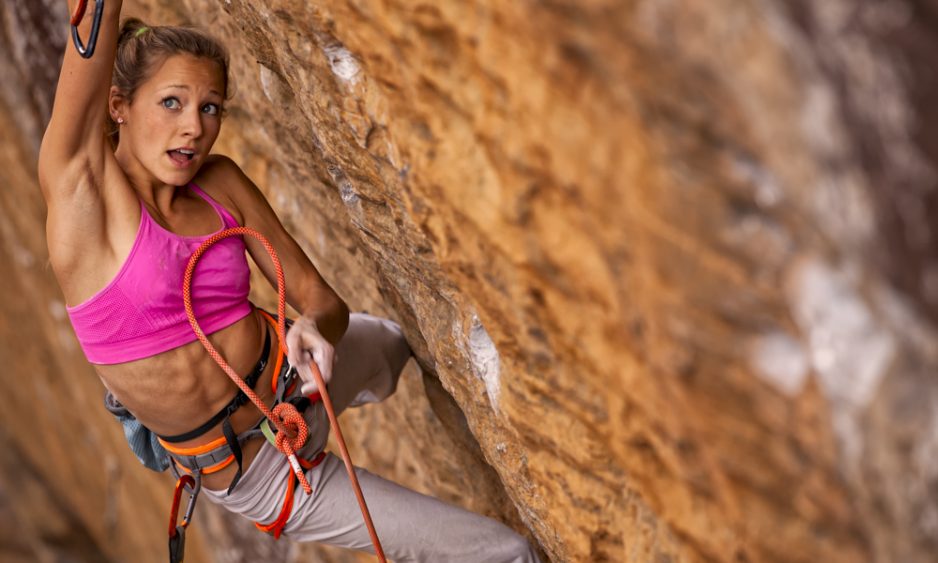 Sasha making a tenuous clip. Though she has to clip above her head, she still finds a position to keep her arm straight. Photo: Chris Noble.

Nothing can ruin a hard redpoint faster than blowing a clip. One second you’re flowing through the moves, pushing through the pump and feeling like there’s a chance you might be clipping chains. And then all hell breaks lose as you struggle to clip your rope through a single carabiner dangling like a carrot hung in front of a hungry mule. You drop the rope, re-adjust and pull up an arm’s length of slack again, but just as you hear the carabiner’s gate snap around your cord, you have a daunting realization … you’re too pumped to keep climbing.

That scenario has likely happened to all climbers who rope up regularly, regardless of whether you are climbing steep sport routes, desert splitters or big wall trad. The clip—the simple act of securing your rope through the carabiner hanging from the next piece of protection on a route—is perhaps the most overlooked skill in roped-climbing, yet it is essential to success. Sure, you can take the Sharma or Ondra approach every now and then and just skip the clip(s), risking huge air while gunning for the send. But unless you’re Alex Honnold, you will never send anything unless you dial in clipping.

Recently, I asked two pros, Sasha DiGiulian and Sean McColl, about their clipping techniques. Both climbers have had success both indoors on the World Cup lead circuit and outside, climbing 5.14+ sport routes. Considering their resumes, I was curious to hear if they have ever given a second thought to the process of clipping. Their responses were surprising. Both climbers replied with detailed opinions on the topic, and told me that they not only think about clipping technique, but have also practiced it.

“When I was young and growing as a climber, my coaches made me clip in every way I could think of, and always differently while training,” said McColl. “Because I know how to clip 10 different ways, I’m never nervous while on the route.”

Here are a few clipping tips gleaned from two of the world’s best climbers.

Sasha knows how to be efficient while climbing endurance testpieces such as Margalef’s Era Vella (5.14d) or Pure Imagination (5.14c) in the Red River Gorge. That’s why this was one of the first tips she mentioned. When positioning for a clip, find a stance that involves keeping your non-clipping arm straight. This is a less taxing position because you are hanging from your skeleton instead of your muscles. Clipping with straight arms will save your forearms and biceps from tiring, giving you more strength for the moves that lie ahead.

2) Clip At Your Waist

This is another tip from Sasha. Clipping when your protection is at your waist is hard to train, especially for beginners who can be tentative leaders. A common tendency is to clip protection as soon as you can reach it, so you feel safe. However, clipping pro above your head saps energy due to the fact that you often must lock off to reach the clip. Do yourself a favor and take Sasha’s advice: When you can, climb a little higher, and clip at your waist.

3) Give It the Finger

Pieces of pro sometimes need to be extended with long slings to reduce rope drag. But carabiners hanging loosely can twist and cause you to fumble after you’ve pulled up rope and are trying to clip. McColl says to forget pulling rope all together. He told me that it’s actually more efficient to grab a dangling carabiner and clip it to your rope just below where it is tied to your harness. Of course, this technique only works in conjunction with Sasha’s tip to clip at your waist.

Ultimately, it’s not important how you clip, but rather that you are efficient at making clips in all possible scenarios, according to McColl.

“In my opinion, you don’t always have to clip the same way as long as you’re comfortable clipping in ANY way,” he says. “Climbers must be able to clip with both hands comfortably, and with the gate facing either direction. But there is no wrong way to clip—as long as you can do it quickly and without hesitation!”

Five Things Every Gym Climber Must Know About Climbing Outside 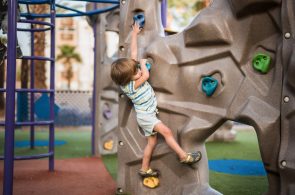 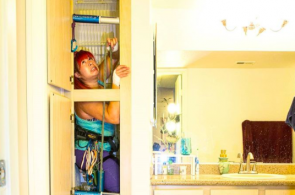 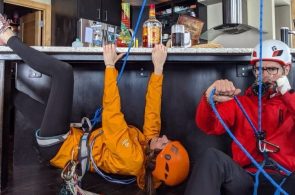