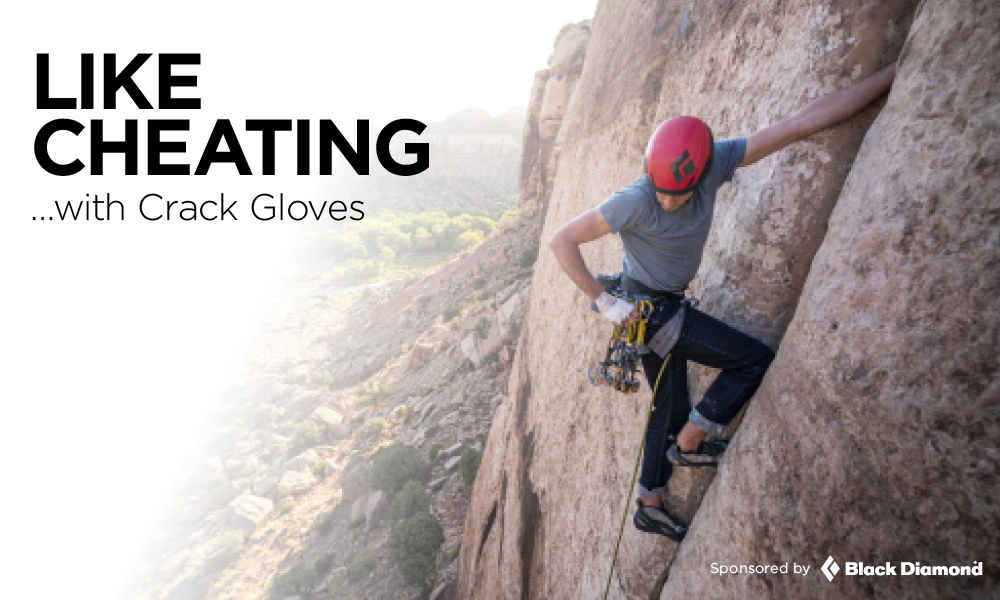 In Partnership with Black Diamond

Virtually every innovation in climbing gear and progression of climbing style has been met with suspicion if not downright scorn by the old guard. They stare at some newfangled thing, twirl their mustaches skeptically, then issue the following well-considered pronouncement:

And in response, the muscular free-thinking young gun invariably replies, “No sir, it may be LIKE cheating … but it is not, in fact, cheating. OK Boomer?”

Indeed. In climbing, there’s “cheating” and there’s “like cheating,” and the two have been conflated for as long as I can remember.

To be clear, cheating is when you illegally circumvent doing the very things that make a climb hard, whereas “like cheating” simply means that you’ve done something smarter, better, or possibly sexier.

The real mark of “like cheating” is when people are horribly jealous for not having thought of it themselves. I mean, even better beta has been called “cheating” by the climbers who’ve been doing the 5.10 the 5.12 way.

This goes way back. You can only assume there was once “that guy” who said, in response to the nylon kernmantle rope’s invention in 1953, “So, you’re telling me that I can actually ‘fall’ on this thing and it won’t break? … but … THAT’S CHEATING!” 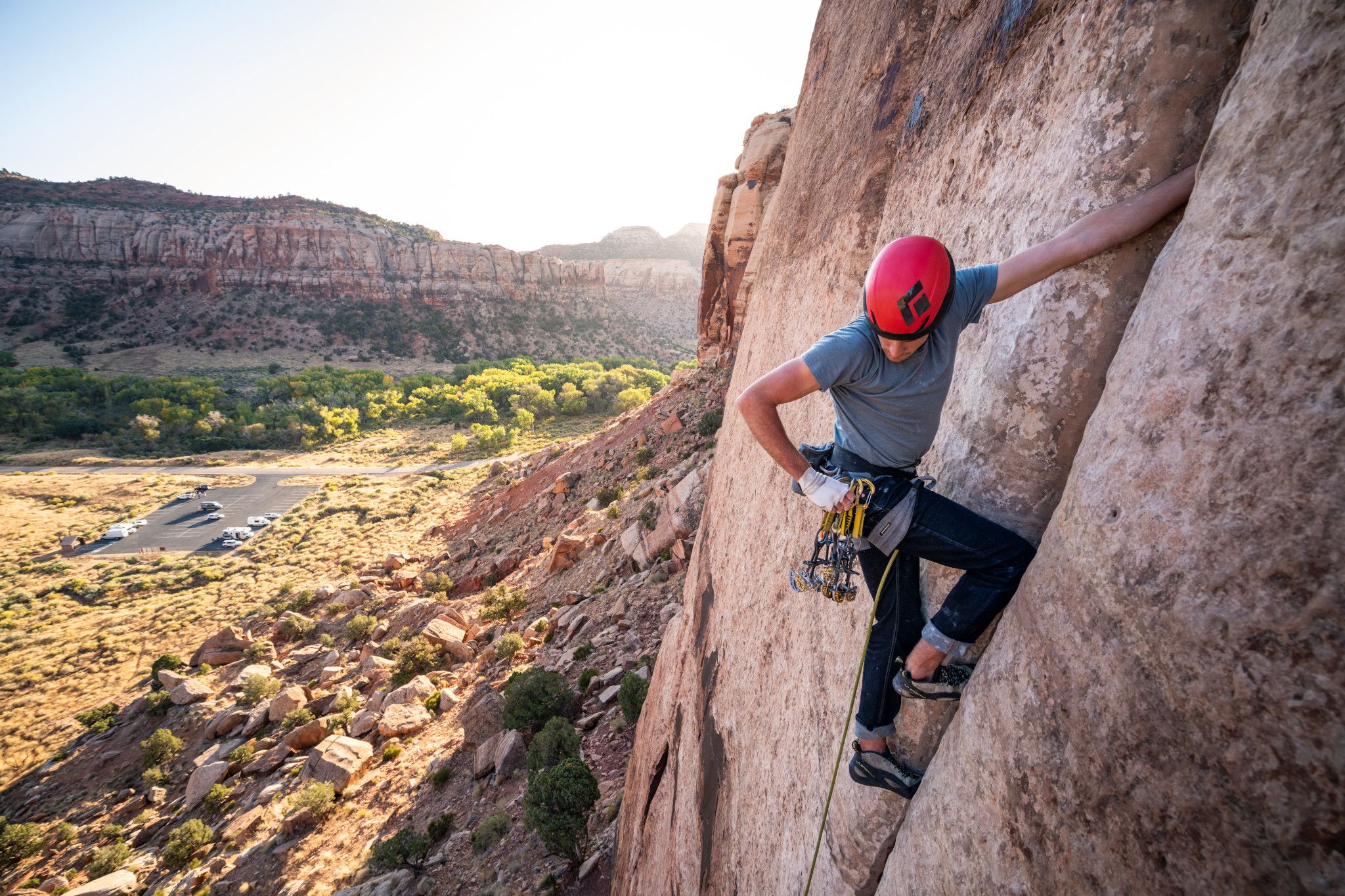 Indeed, without “like cheating,” we wouldn’t have many of the better things that we use on climbs every day, including: cams, sticky rubber, bolts, chalk, stick clips, kneepads, hang-dogging, top-roping, headpointing, pinkpointing, redpointing, flashing, tick marks, and so on. 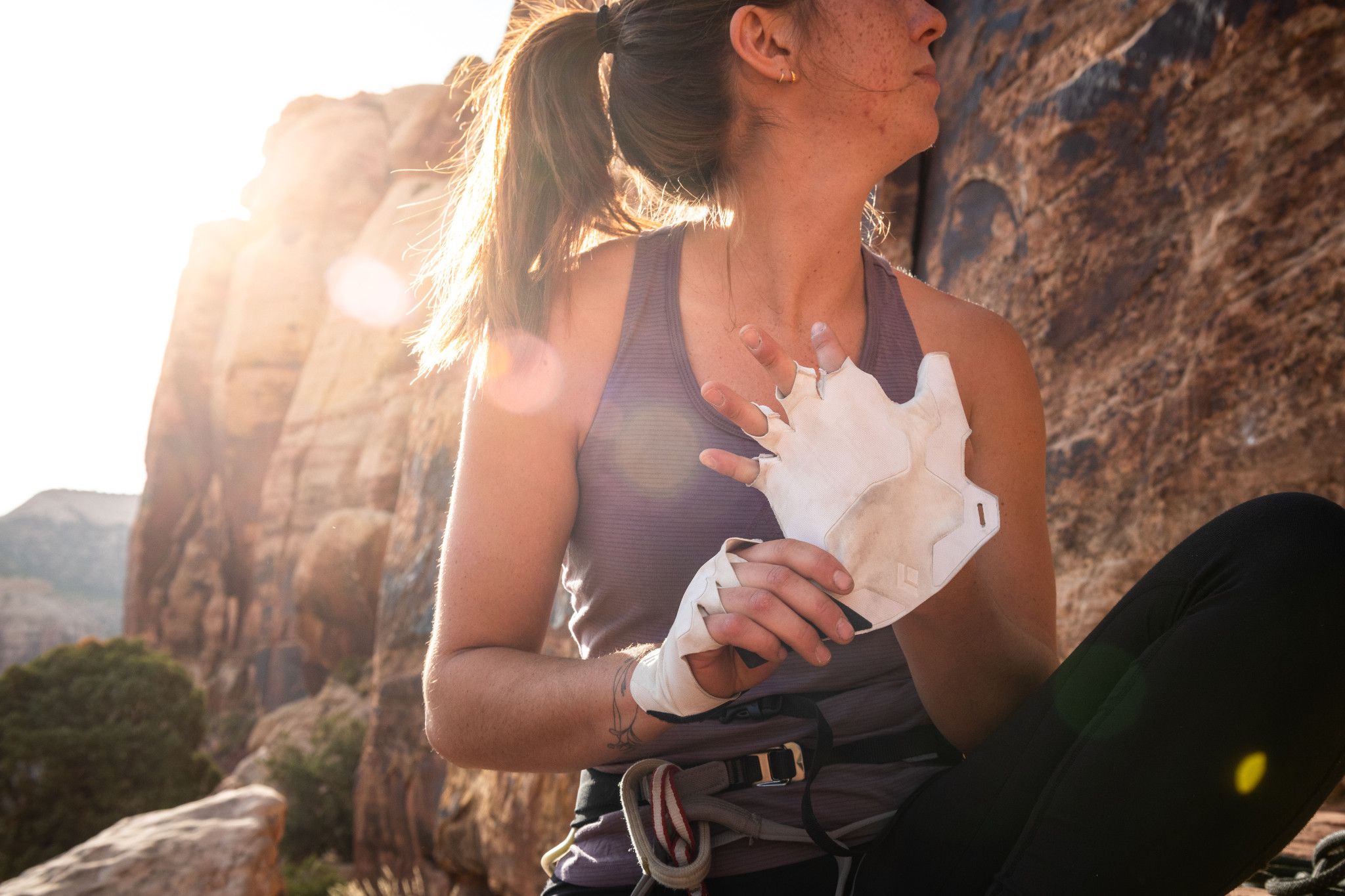 Crack gloves (aka “hand jammies”) are the latest thing to be caught in this cultural tug of war between “cheating” and “like cheating.” Is protecting the back of your hands while crack climbing “cheating?” For some diehard crack climbers, the answer is yes, and even the use of regular athletic tape is seen as an unfair advantage. Apparently the only honest way to climb cracks is if the backs of your hands look like they’ve crossed the Gobi Desert.

This attitude, however, has largely died out and most crack-heads now accept the role of tape (haha) in crack climbing.

“Those things are SO LAME!” they say, and then produce a litany of reasons why, which always seem like they could be bullet points written by the athletic tape lobby.

In their defense, however, the earliest models of hand jammies were lame.

When Adam Ondra made a valiant effort to onsight the Salathé Wall back in 2018—falling on the last move of the last crux pitch—he wore an early pair of hand jammies that were as thick and clunky as if you’d sliced up a junkyard tire and glued some velcro onto it.

“He probably would’ve sent had he not been in those hand jammies,” my friend Tim said, shaking his head. That’s cold. 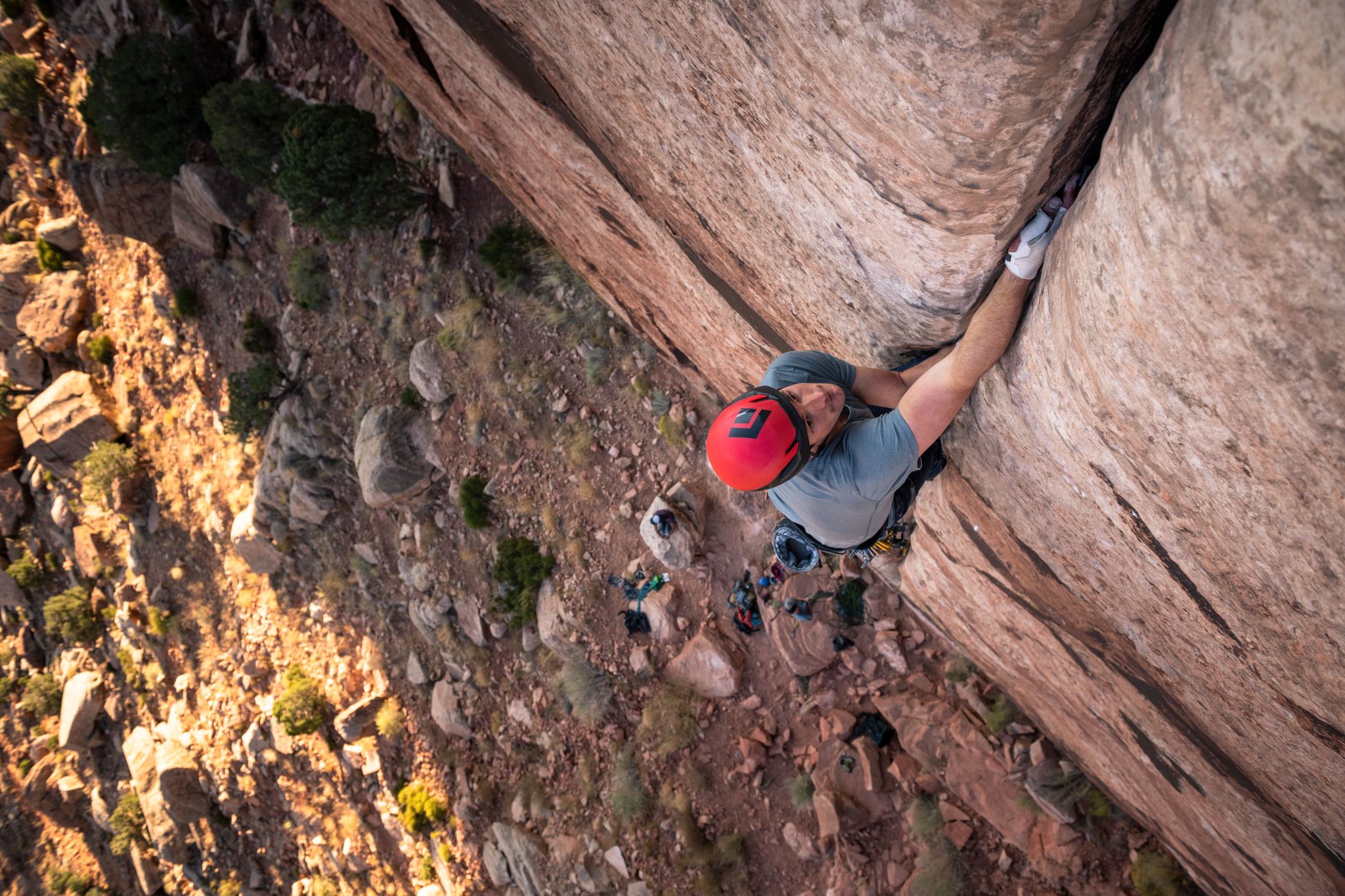 I help teach a crack-climbing clinic in Indian Creek twice a year, and at least 2 hours each morning are spent helping students learn how to tape their hands. Many of those tape gloves are 86’d by the second pitch, which means you have to do it all over.

I estimate that about 50 percent of all crack climbing days are spent taping your hands. The rest breaks down like so: 30 percent is hiking; 10 percent is racking cams; 5 percent is eating vegan hummus wraps; 4 percent is actual climbing, and one percent is looking for your chapstick.

I’ve always hated taping. Fortunately, hand jammies are getting thinner, stronger, and better, making the case for them harder to deny.

This year Black Diamond is out with Crack Gloves, a super articulated suede tape glove with a thin rubber adhesive film on the back. Unlike other hand jammies, Crack Gloves actually conform to the shape of your hands thanks to 3D patterning technology that produces an exquisitely form-fitting glove. 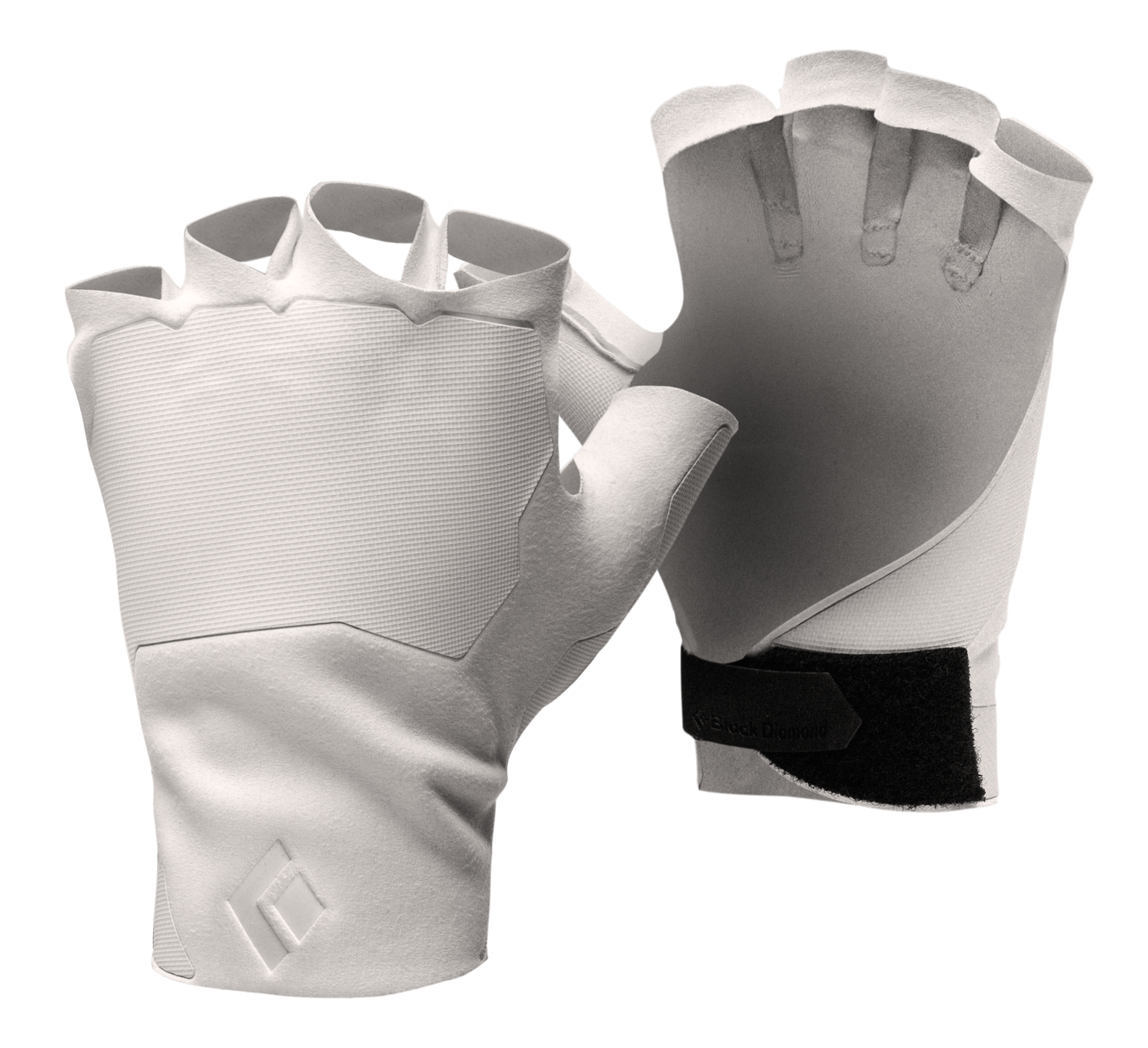 Whereas other hand jammies feel either like you’re wearing either a loose-fitting cape on the back of your hands or an old tire, Crack Gloves feel like they’ve been glued to your skin.

“The most interesting tech story would be the molded depression in the suede,” explains Gray Turner, a glove designer for Black Diamond. “This allows the rubber to sit flush with the suede, It increases durability because the edge of the rubber is less likely to be peeled up. It also decreases the thickness of the glove, making it the thinnest crack glove available on the market.”

“Crack gloves used to be frowned upon,” says Kolin Powick, climbing category director at Black Diamond, “but the fact is, they’re handy.” (Author’s note: this is the second pun in this story, which is below my limit of three; you’re welcome.) “They are reusable, which is good for the environment. They easy-on, easy-off, which is nice for multi-pitch routes, and just to pound out a few quick crack laps in the gym. Form fitting, comfort, and sensitivity equals the highest performing crack glove on the market.”

Though we climbers may pride ourselves in seeking out the hardest climbs possible, in fact our basic nature wires us to take the path of least resistance. The same reason that wolves evolved to become domesticated dogs might explain why climbers would rather rock the auto-belays at their local gym than find a partner, pack up all of their gear, drive all the way out to some cliff, hike all the way up the hill, and then climb, like, two pitches before they have to turn around and go home.

But on the flip side, now that I don’t have to spend half my day taping, crack climbing is starting to sound a lot more appealing. This is why “like cheating” inevitably becomes de facto, and why I predict Crack Gloves will go the way of kneepads, sticky rubber, chalk, and everything else.

Why not? Climbing is hard enough as it is.