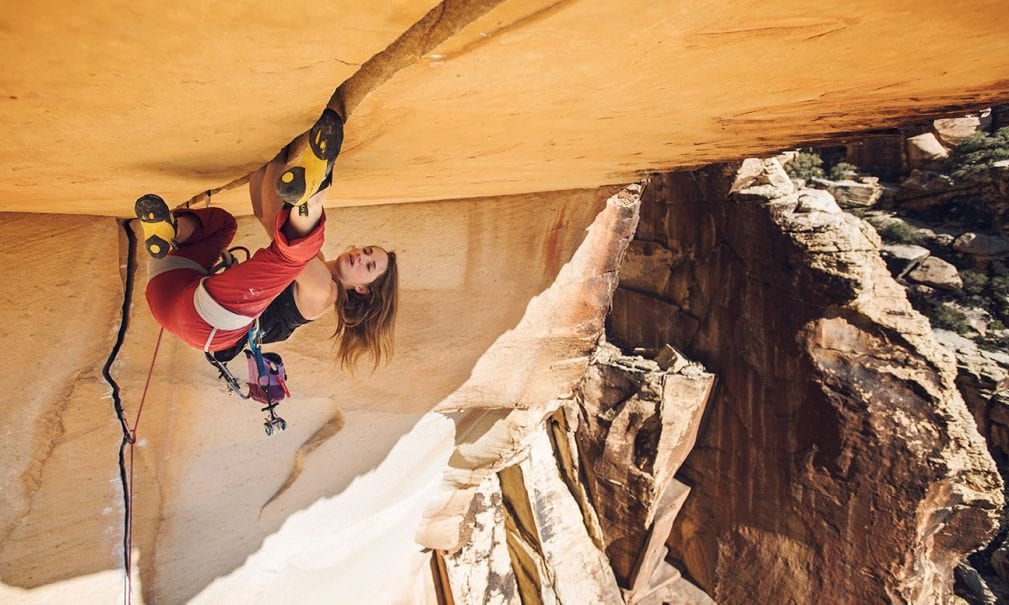 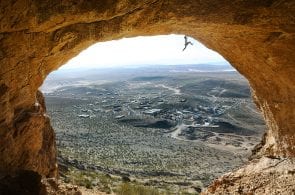 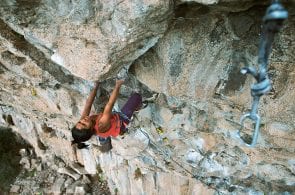 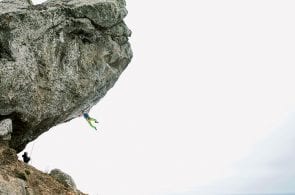 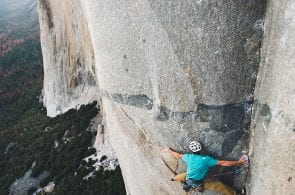 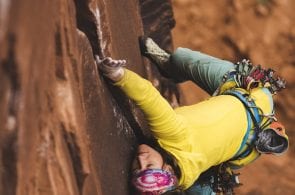 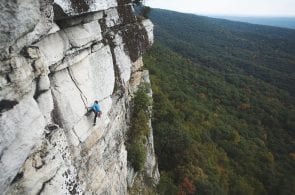 I cringe every time I hear climbing described as a sport. If competition, winning, and “crushing” are necessary components of sport, they don’t define the climbing I know. And if comparing myself to others in such a diverse and changeable environment feels fairly foolish, then the very idea of conquering a mountain or crushing a climb seems the pinnacle of crazy-dom. To see the world I’ve chosen—a world that has punished and rewarded me with adventures of a lifetime—painted in such one-dimensional monotones is flat-out nonsensical. One might just as well describe life as merely the propagation of the species but, while that process is truly extraordinary and the primary act boatloads of fun, life is clearly far, far more than that.

Moreover, if sport is defined by a myriad of rules, climbing instead has just one commandment: Respect the Environment. In other words, take care of the rock kingdoms we dream of and make pilgrimages to. Beyond that, just don’t do anything stupid. That, of course, is wide open to interpretation.

Obviously, my old-school-nicity is showing here. After all, climbing is about to become an Olympic sport. For some, perhaps, this will be the future, revealing to the world exactly how incredible climbing is and, by extension, how incredible we, as climbers, are. Maybe, but it will also be the slowest event by a very large margin, making a snail-sport such as curling look like a hot-rod race. The winning brilliance of what we do lies not in the watching but in the doing. The warp-speed excitement happens in our heads.

Climbing, certainly in broad sense, is not about winning. Picture an ice-cold bivy below a 1,000-foot wall where the night turns white granite black and impossibly blank, impossibly tall—impossible for a being as puny as you. The darkness gives birth to nightmares and makes dragons real. And when sleep simply won’t come, an echo from childhood—what if this time the night never ends? Then, when a sliver of light on the horizon turns to warm orange on the wall’s summit, the dark dreams flee and there’s an inner flood of hope, a hope I’m sure our cavemen ancestors jumped up for and celebrated. What we do on the rock and in the mountains returns us to a primitive past, a past in which we reach so desperately for something we can’t even define. Although we might be too shy to voice it, our efforts become a quest, forged in the fire of risk, injury and gut-wrenching toil, and made noble by an absence of tangible reward.

The same awe strikes all of us as we stare up at El Cap for the first time and even the most unpoetic soul gets the “vibe” when grabbing that first handhold on the Captain’s flanks. Everyone who makes the decision to get out on the road and find out firsthand what Canyonlands is like will get to do so, at times, in the company of the vagabond elite who have arrived from the four corners of the globe. And yes, the whole lot of them will get what they came for in the crazy perfection of the splitter cracks and the perfect craziness of the otherworldly towers. But they’ll also be blown away by the desert sunrises, where the cosmic brush painting the pinks and oranges of the landscape sweeps those spooky pastels right up into the sky.

In my view, still images capture the moment and essence of climbing better than any other medium. Words fall short and video inevitably goes on too long, capturing more than enough of the stops and starts and slo-mo pace. This is why in movies like Cliffhanger, climbing is mere window dressing. The main course is all about exterminating bad guys and, of course, really big explosions. In our own adventures, experiences are distilled into penultimate moments—triumphant skin-of-our-teeth dynos, the fluid elegance of entering a flow state or even just a hard-won belay ledge where the clouds part and the god rays of sunset bathe you and your partner in palpable glory.

[Also Watch Weekend Whipper: Loooong Fall on a 5.13a at Arapiles]

Nothing is what it is except by comparison and contrast. Consider the comfortable warmth of a day at home—nothing really, just a number on a thermostat. After a frosty dawn, however, the simple warmth of the sun becomes a rapturous event to me, the meteorological equivalent of hot-baked blackberry pie. Or hiking up through thick evergreen forest for hours to finally break through treeline into the alpine and above the clouds, literally stopping you in your tracks. On a moonless night a bigwall appears as an even bigger chunk of empty space, a black starless hole of anti-matter. At daybreak, though, the cliff comes to multi-hued life and we can trace buttresses and corners, crack systems and water streaks.

The pictures in this book captures those contrasts—the differences and the diversity that light and shadow bestow on us.

I’ve been lucky enough to have visited most of the areas featured in this book. Some I’ve even taken up residence in. Exploring the pages, I’ve time traveled back and forth acrossthe continent, the images having a similar flashback effect that some smells and aromas trigger from childhood. When I was a kid I loved going to the zoo, which entailed catching a bus into the city. Waiting at the stop for the correct one I’d imagine the monkeys, lizards and penguins I’d see, all the while engulfed in clouds of bus exhaust. The association of that foul cloud with my favorite destination turned the pollutant into a perfume. I’ve lost the taste for seeing animals in cages but I still catch myself breathing deep whenever a bus goes by. The images in this book do a similar job of transporting us back to time and place. The shot of the sun-bleached meadow under El Cap reminds a bunch of us of victory celebrations there, a bag of Doritos in one hand and a pint of Ben and Jerry’s in the other. Looking at the atmospheric shots of the Bugaboos, we can feel the hard frost and hear the crunch of footsteps on the glacier. And speaking for myself, the image of dark rain clouds over Squamish whisks me back to a rain-soaked bivy cave at the Chief, waking up to the wrong end of a skunk aimed at my face.

François’s art carries us around the continent but also into what it means to be possessed by the vertical (and overhanging) world. The action is juxtaposed with vivid scenery, the tight focus of bleeding fingertips, cramped hands and wincing face zooms us into the climbers’ inner world and then back out again to take in the vast panorama. The blood spilt and efforts made are evident, but so are the overpowering reasons for these epic battles. That same imagination that makes El Cap seem twice as big or a curling wave of limestone utterly blank can also be harnessed into believing the most wonderful absurdities. And whether the hurling of our life force is a transcendent success or glorious failure, these magnificent arenas truly inspire us to be better than who we are.

Beyond the heart-pumping, heat-of-the-moment action shots are the reasons why climbing is more than a sport. And that is because it is so much more than just pulling down on stone. Because of the way in which we interact with our environment, destinations become far more than a tourist stop. The locales it introduces us to helps to connect us with the planet on a visceral level. The effort invested and the fear we wrestle with helps to pull the landscapes right into who we are and they become home regardless of where we actually live. The very nature of what we do inevitably draws us to the spectacular—and to appreciate what is precious. Perhaps the kinship that is born and bred in the wild places is why climbers have always played an important role in protecting that wildness. No doubt the images in this book will fire you up to try harder and to go further, to be pure soul food for the feeding of dreams. What we also need is to use some of that fire to ensure that future generations have that opportunity, too. 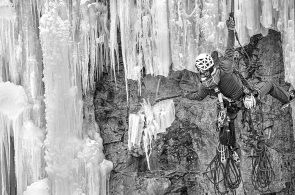 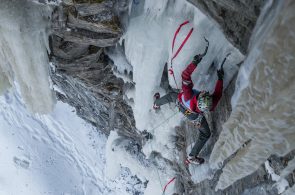 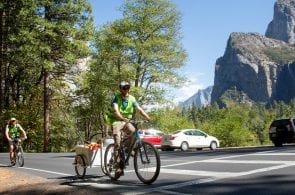