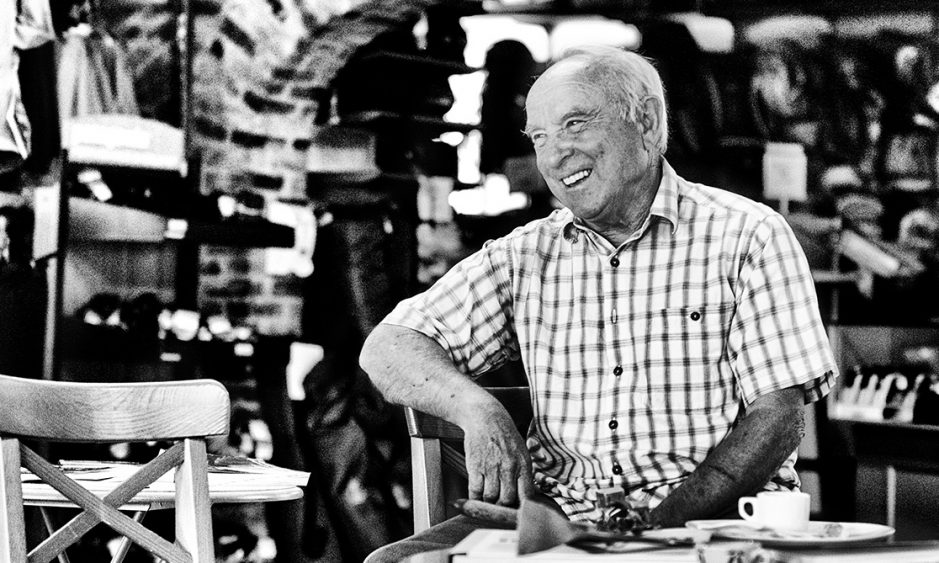 I was brought up with a sense of responsibility. As a young kid I was told that if you make a mess you clean it up. You don’t let somebody else do it.

When we backed away from pitons and switched to chocks it was good business. We knew the market. We were the market. I love change, but I do my homework. Being in the forefront of climbing in those days, I knew that it was inevitable. People were going to switch over [to clean climbing]. So it wasn’t a risk at all.

Every time we came back from the mountains we had ideas on how to improve the gear. That was the way we developed things.

I’m testing stuff all the time. I can’t help myself. I’m always coming up with different ideas. The ideas come from being a user instead of being owned by a venture capitalist or a group of venture capitalists who don’t even do these sports. They see any change as a risk because they don’t know the market, because they’re not in the market.

I love Patagonia, and I thought the name itself was cool. In those days nobody knew where Patagonia was; it was a mysterious name. So I thought that would be a great name for a company because once you know the place, you know there are hundred-mile-an-hour winds there, tremendous storms, Cape Horn, and mountains and rivers. I thought it was the perfect name for the company. Plus, it can be pronounced in every language.

There are all kinds of climbers. There are guys that solo some of those 10-day routes we did on El Cap, and they’re down before lunch.  That’s absolutely phenomenal.  One man climbing alone is the simplest form.

If you take risk out of climbing, it’s not climbing anymore.

There are no great lines left in Yosemite. There are 45 routes or so on El Cap? A lot of them run into each other, a lot of them share a pitch or two here and there with another route. The great lines are gone. A sense of adventure is gone, a sense of discovery. [El Cap] is a canvas that’s pretty much filled up.

But there are other places around the world. When I first came to Korea [in 1962 as an American G.I.], I was asking my Korean friends when we did some popular route, “How many times have you done this route?” They said, “Oh, about 75 times.” And I said, “Why don’t you do new routes?” They said, “Well, why? These are perfectly good routes.” They were happy to just keep repeating the same things. Then I spoiled them. When we started doing new routes, it was all they wanted to do.

I haven’t been climbing recently. I’ve just been fishing [laughs]. I’m getting kind of long in the tooth. My balance isn’t very good, and I broke my elbow a few years ago bouldering. I’ve got some strength issues in my left arm. And here in the Tetons it’s really a long ways to get to any rock. But if there was some rock or a cliff close by, I would be climbing.

For me the ultimate is in doing new routes. I don’t like following other people, whether in business or in life. I like to go my own way.

This interview with Yvon Chouinard appeared in Rock and Ice issue 224 (February 2015).