I grew up in inner-city London, which was full of crime, bad people and very poor people. This taught me to be independent and strong, to watch my back, and not trust people, not the police, not even the teachers.

My granddad lived in Malta, and “Nunoo,” as they say in Maltese, was strong, not very bright, totally reliable, and never really spoke. He made wine commercially, farmed and fished. From him I learned to get up in the morning, drink some coffee and get going, and sometimes I needed a kick!

When I was maybe 8 or 9 years old, Granddad sent me down a crack on a cliff in Malta to try and get some birds. The cliff is 130 feet high and the route is now called Pigeon Crack. I was probably in bare feet or flip-flops. He was disappointed when I only came back with one pigeon! There was no “Good job, dude” kind of nonsense. But he taught me how to truly see.

Seeing is more than just looking. It’s not about having extra senses, but using the senses you have and gaining more knowledge and more experience. For example, you search out the best place to fish or the weak lines in cliffs. With my granddad, we would walk steep trails before sunrise, climb over crumbly rock, and he would tell me to look before I leapt into the sea, to count waves and watch for poisonous fish. There was a lot of silence, no chat and no ego. Chat is for the bar when you want to boast.

At 16, I climbed the Col du Plan Direct (M4) in Chamonix during winter in jeans with a pair of long johns underneath. It taught me I was weak, had shit gear and knew nothing. I loved it and wanted more.

As a youth, I thought it seemed that nothing was going to happen to me that wasn’t dark and nasty. Everything around me was covered in grime and misery and poverty. Once you have seen a snowy summit, you don’t really want to go back to that kind of mire.

When I soloed the Walker Spur [Grandes Jorasses, French Alps] in the winter of 1993, I had lost a battle with myself. I gave in to the need to solo it free because this was how I thought it should go, free and fast. I trained my hands, my heart and lungs, and nearly blew it all. The wind came up and I got frostbite in a couple of fingers. But really no one gave a flying fiddle ’cause I wasn’t connected in the climbing scene. From that experience I learned that climbing was basically crooked. There were two other solo ascents that winter and both got recognition, although they used aid and climbed the Spur in three-and-a-half days. My ascent was all-free in two days. Of course I wanted recognition. I wanted adulation, the laurel wreath and chicks for free. I’m a man, not the effing Pope!

I gave up searching for the romantic holy grail of climbing, the combination of stylistic purity, ultimate fitness and commitment.

Ice and mixed climbing used to be out there. People were committed to the killer pitch, but now it’s been emasculated by good gear.

From mixed climbing I learned that I was way stupider than most so I was indeed made of the right stuff. But the whole commercial and media side of it made me sick so I drifted off into my own thing which was mountain snowboarding, a bit of bolt climbing and the American desert.

To do Maginot Line (5.14b) in 1994, I had to concentrate on bolt climbing for eight weeks and cut down weight severely. I weighed exactly 138 pounds at the time and could still solo technical north faces as fast as anyone. But to sport climb harder than this was impossible for me at this time. I actually needed to learn more.

Bottom line: You got to be light to do hard routes. It’s up to you.

I climbed my first 9a (5.14d) at age 52. Earlier in my career, I would have had to give up other parts of my life like snowboarding to achieve this level, but I was unwilling. I realize now that the factors playing into success on 9a’s are less demanding than those for hard alpine routes. If you think I am being weird, remember that kids can do 9a but they’d likely die in the mountains, so there is a good chance I am right.

The heroes of climbing are the people who climb until they drop, who hold climbing as the antidote for this slave-like way the world is going—this politically correct, pathetic, SUV-ridden, color-coded two-week holiday-and-back-to-work nonsense. 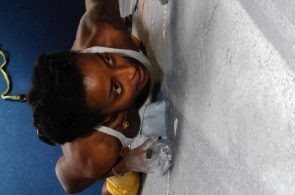 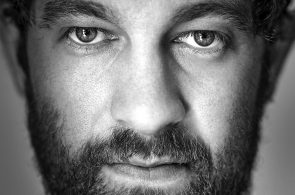 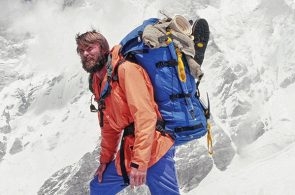