I had significant frostbite while summiting Dhaulagiri (26,795 feet) in 1973. The experience taught me a valuable lesson—change your socks! Socks tend to lose their loft after multiple uses, and feet sweat. You can try to dry your socks at night in your sleeping bag, but eventually any moisture in them leads to cold feet … I left base camp without an extra pair, and [the climb] took three weeks because of storms. I froze my feet and ended up losing parts of two toes.

A partner’s death is just the beginning. You will rewind the event like a classic movie, memorizing movements, conversations, signs and signals you missed during the climb, and your immediate actions and theirs. Nothing will fit as it did before the accident. Time takes care of the pain, but not the hurt. You learn to trust yourself and others again once you acknowledge there was most likely a human error. When that happens, you’re probably safe from that type of event in the future.

I’ve learned a variety of things from my kids. For one thing, I didn’t think they were listening to a word I said as they were growing up. I was wrong. They cherry-picked any statements that would benefit their way of thinking. Consequently, I am constantly eating many of my words or defending my convictions. Second, they fledge at their convenience, but come back when necessary. You have them—and the dogs you told them not to buy—for life.

My inspiration is generational. It came from Lionel Terray. His ascents in the Alps, Himalayas and South America were truly magnificent, and I tried to repeat several of his climbs. I was fortunate during the Piolet d’Or award week in Chamonix to meet with both of Terray’s adopted sons. It was the highlight of the week.

International expeditions and political campaigns are both businesses. You have to select your objective, select a team suited for the challenge, obtain the financing, and perform the activities necessary to accomplish the task. Planning and running an expedition is simple for me because I like the process, but I can’t say I enjoy politics or running for office, simply because I dislike asking people for money.

Modern gear has made Himalayan climbing easier and safer. On the down side, many climbers now bring a Spot, GPS, iPhone or some safety device on their climb, kind of like a Snoopy blanket. For a sport where every ounce is a disadvantage, a heavier load will sometimes prevent boldness in the face of the unknown. More weight means a slower, more conventional style … Alpine style is light and fast, so it allows an extra degree of boldness.

Mental attitude is everything, and it’s not with us every day on every climb. I want to go back to certain climbs and hit the restart button because I was not mentally in the game prior to beginning the climb or sometime during the descent.

Everyone has quirks. I get up too early for most of my partners and demand cleanliness and certain decorum while cooking. I don’t like to see hair floating in the tea water. Several of those I’ve climbed with snore unbelievably loudly; some get high-altitude coughs and never cover their mouth; others don’t wash their hands before cooking a meal. Hey, if any of us were real picky about the mannerisms of our partners, we’d never get to the top of anything.

It feels strange to read about [son Jess Roskelley’s] accomplishments, but I’m not surprised. I’m jealous, though. Not for the publicity, but because I want to be climbing those peaks and routes with him. Unfortunately, I know I’m too slow now, and the routes he and his partners are doing require speed to be safe. [Editor’s Note: This interview with John Roskelley was conducted in 2017. In April 2019, his son Jess was killed in an avalanche on Howse Peak, Canada, along with David Lama and Hansjörg Auer.]

Luck is what you have when you win the lottery. It has no place in climbing. I try to make my own luck.

This interview with John Roskelley appeared in Rock and Ice issue 244 (August 2017). 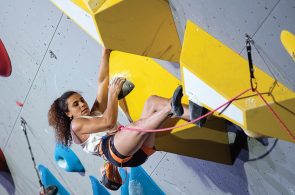 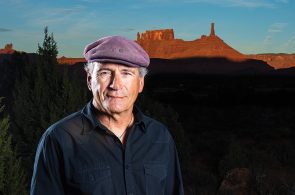 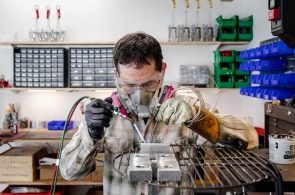