John Bachar leaves the indelible stamp of the generation active from the mid-1970s into the 1980s. Many of them are gone or retired now, but Bachar, and what he meant to climbing, will remain. 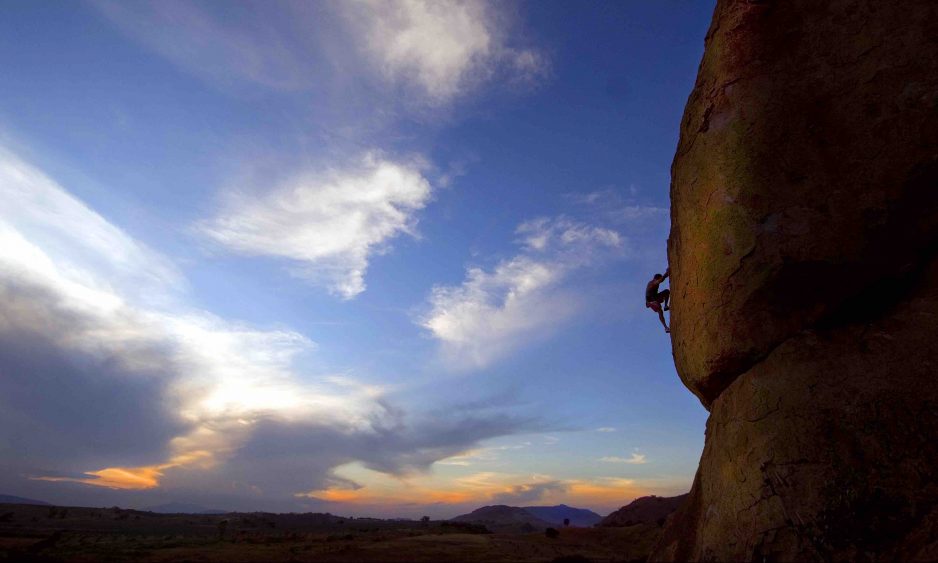 Cold drops the size of Liberty quarters beat the windshield like fire from a mini-gun. I whipped the Subaru along the blacktop meandering beside the Crystal River, now bloated  and blood-red with sand churned up by the sudden deluge.

Ahead, a cowboy in a droopy Stetson and soaked to his Skoal can waved his arms as if he was flagging an F-16 onto a carrier deck. I pulled over, got out and, stooping in the rain like an old man being scolded by his wife, trotted up to him.

Just ahead, a three- to four-foot deep wall of red goo blocked the highway as surely as a castle moat. It would be several hours before the highway calvary could plow the mess clear. Until then no one was going anywhere. To me, “anywhere” was 10 miles past the slide, where Michael Kennedy waited with a car and plane tickets west to California, where we were to pay our respects to John Bachar. I had been looking forward to, yet dreading, the travel. The long trip would give us time to share Bachar stories and it is the telling and retelling of these old tales that brings solace to the saddened. I also had wanted to meet, finally, Bachar’s father and his son, Tyrus, and be one of the thousands to express how much John had meant. That they already knew this was beside the point. That I was barred from attending by a wall of mud was unfathomable, but paled in the scheme of what is graspable when compared to Bachar’s fall.

People will speculate about the accident, but the facts are few and clear. Bachar fell from one of about 17 routes on the North Face of the Dike Wall, a 60-foot high alpine granite crag with blocky talus at the base. It is about 30 minutes by car and trail from his home in Mammoth Lakes. The wall is vertical, brick-hard, clean and cross-hatched with pinchable dikes. The routes are mostly 5.11, with a few 5.10s and hard 5.12s. Most have six bolts. The Dike Wall was a popular toproping crag in the 1980s, then was bolted in the 1990s with gear placements left intact, although these too were eventually bolted. It was just the type of crag that Bachar could make a statement on, not by talking, but soloing. It was one of his home crags and it was here on familiar ground that he fell. Other climbers were nearby, but out of sight around a buttress. They heard him and reached him within minutes. A small but growing shrine of photos and notes now resides at the base of the Dike Wall. There’s little more to say.

Bachar, at 52, had generated enough ink over the past 30 years of his climbing career to rival that of even Sir Edmund Hillary. He was covered by nearly every national publication. I doubt he will be equalled. He leaves the indelible stamp of the generation active from the mid-1970s into the 1980s.  Many  of them are gone or retired now, but Bachar, and what he meant to climbing, will remain. He may be the only one from this era whom climbers not yet born will recognize by name when they too grow up and struggle with self meaning.

You could argue that Bachar, at 52, was a life cut short. Or you could argue, after his own estimate of soloing 1.5 million feet, that he was fortunate to have made it this far. Is there anyone else among us who has climbed so much, even with a rope, and not fallen once?

Some people have criticized Bachar for not hanging up his shoes or taking to the rope, but quitting wasn’t in his genes. Asking him to cast aside what he did and what he was about would have been like asking an artist to give up his brush. The rock was Bachar’s canvas and he painted. His style was unique and not everyone could appreciate it. This will change as we look back at our increasingly sterilized sport. At some point climbers will wander off the beaten path and into the realm of the onsight runout where discipline, control and confidence will trump gear and numbers. They will stumble across a Bachar route with the lonely bolt and it will be as startling and precious as having found a Picasso in their grandfather’s attic. They’ll blow off the dust and say, “Yes, there was only one of those.” 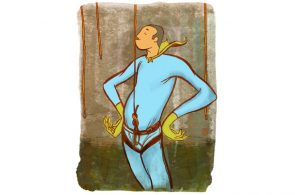