Jimmie Dunn and Earl Wiggins pioneered the era of “the rope, the rack and the shirt on your back.” In this exclusive account (page 21), Dunn reveals the details of his and Wiggins’ proudest joint achievement: The Diagonal in the Black Canyon of the Gunnison. 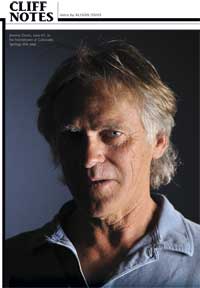 The first ascent of The Diagonal (V 5.9 A5) in Colorado’s deep Black Canyon was in 1963 by the top climbers of the time—Layton Kor, Jim McCarthy and Tex Bossier—in two days. The second ascent was 11 years later, and took four and a half days. Both parties used aid.

In 1976 the route had still seen only two ascents. On a late-October day, Jimmie Dunn and Earl Wiggins set out to free climb this 1,800-foot route, from whose upper reaches retreat would be impossible, up North Chasm View Wall. What follows is the first published account of that climb, perhaps the most stunning effort ever by this pair, likely the only two people who would have even approached it and tried.

The two went light, carrying minimal gear and no food or even water, and wearing swami belts and EBs. “A pack will only slow you down!” Dunn advised his friend Ed Webster at the time.

The shy, bespectacled Earl Wiggins was only 15 when he and Jimmie Dunn met.

“He was a young teenager who climbed highball boulder problems and was fierce, tenacious and fearless,” says Dunn, who was nearly nine years older. “Above his pro he always seemed relaxed. Earl was an exceptional climber and it didn’t take me long to realize he would be the perfect partner for some of the wilder projects I had in mind.”

In 1975, when Earl was still only 17, he soloed both pitches of Outer Limits (5.10) in Yosemite—after falling 30 feet off the route the day before.

In the Black Canyon, in May of 1976, Wiggins and Dunn blasted up the FFA of The Cruise (5.10+), a now classic free climb on North Chasm View based on the 1964 Kor-Dalke Route (V 5.9 A4), of which they’d also made the second ascent. The Cruise sparked a new era in the Black, until then known for complex multi-day ascents. It was summed up by their motto of climbing only with “the rope, the rack, and the shirt on your back.”

Wiggins’ other mind-bending solos included Whimsical Dreams (5.11), a classic Dunn route at the South Platte, and the Scenic Cruise (5.10+), a four-pitch variation to The Cruise in the Black Canyon, in an hour and a half. Far lesser known is Dunn’s memory of Earl, “at about 14,” soloing The Scarecrow (5.10) at the Garden of the Gods: “Steep, rotten, crisp and crazy,” Dunn says.

Dunn himself was one of the great talents of his era, a fanatic. Aside from The Cruise with Wiggins, his other major ascents included, in 1972, Cosmos (VI 5.9 A4), the first solo first ascent on Yosemite’s El Capitan, garnering a letter of congrats from Royal Robbins. In 1974 Dunn established For Turkeys Only, possibly the first 5.12 in Colorado, with only a #9 hexentric to protect the 30-foot runout. At Cathedral Ledge, North Conway, New Hampshire, he put up (barefoot) Black Magic (5.11d) in 1976; did the FFA of The Prow (5.11d) in 1977; and established a very early 5.12 in that region, 1978’s Zonked Out.

Each climber brought something different to the mission on The Diagonal, one in which, as Pat Ament later wrote in Wizards of Rock, they “wagered their salvation on raw ability and madness.”

Eearl survived all his solos. He survived being knocked by lightning off a mesa in the Dolomites (landing on a ledge above a big drop) during filming for Cliffhanger, one of the prominent Hollywood action films for which Wiggins Aerial Rigging ran stunt sequences. He was juiced by a strike on the Diamond Face of Long’s Peak as well. Yet, sadly, the contemplative and gentle Wiggins took his own life at age 45, in Lake Oswego, Oregon.

A hometown obituary wrote, upon describing how Wiggins loved the outdoors: “The more rugged and challenging the conditions, the happier he was. When talking about some of his more harrowing adventures, he liked to say, ‘At least I knew I was there.’”

On The Diagonal, Jimmie Dunn was the one who ultimately climbed them out. But, Dunn says: “Earl’s the one who [earlier] came up to me and said, ‘Hey, I think we can free climb the Kor-Dalke’”—unrepeated for 12 years, and with a big reputation and air of mystery before it became their free Cruise. Says Dunn, “Even most good climbers in [that] day and age wouldn’t have thought of that. I didn’t think of it, and I’d done El Cap a bunch and two big routes on the Chasm View Wall.

“This was the trigger point for the Cruise and beginning of our mission to free the big walls … For a skinny teenager with thick glasses, Earl had great vision!”

Ed Webster, who started down the gulley with them that day, would later describe them in Ascent as: “so supercharged with energy that their feet barely touched the ground.” 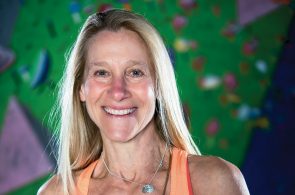 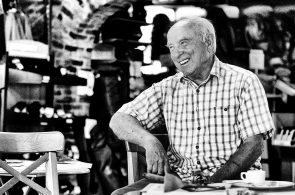 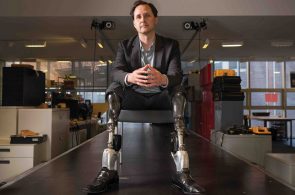