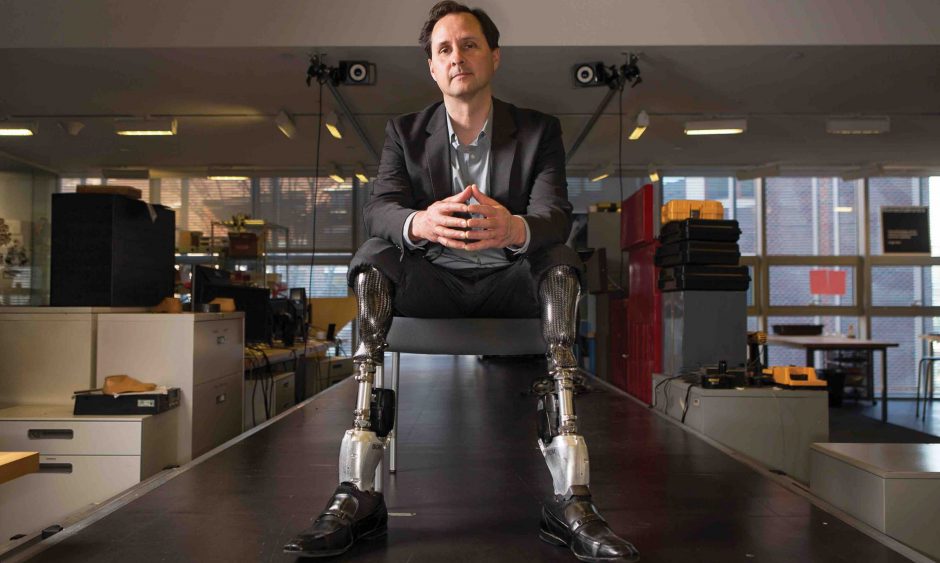 One of the biggest lessons I’ve learned is that you can’t rely solely on technical ability. Whether it’s a first ascent or an invention, to do something that has never been done before, you must have some critical emotional components: vision, faith and commitment.

I learned about the power of visualization from climbing. With each first ascent attempt, I dreamt about the route. I visualized how my body would move to get me up the wall. I imagined every detail from how my fingers would contact a flake to how my feet would edge on a chip. I didn’t just dream at night but daydreamed too, replaying the whole ascent over and over. When I finally climbed the route, it was always exactly as I had imagined.

When I lost my legs in a climbing accident in 1982, I learned that a human being is never broken. I [came to see] “disability” as the result of inadequate technology. At the time, no one made prostheses for climbing. So I visualized and built the kind of devices I needed to climb again: narrow wedges for cracks and spikes for ice. My prosthetic legs helped me return to the rock and complete first and second ascents tougher than what I had previously climbed.

From that experience I arrived at a bigger vision for bionics. I saw the potential to use technology to end disability. Humans have always fantasized about making able bodies into something “more.” You see this reflected in historical literature (Icarus) and popular culture (Spiderman, Batman). Ironically, there hasn’t been much effort in making disabled bodies whole. I looked at research spending and saw prostheses investment primarily at times of war. I wanted to change that.

The Center for Extreme Bionics at MIT and my company Biom are the manifestation of that vision to turn “disability” into “ability.” We pursue designs using not just electro-mechanics, but cell and tissue engineering. Our team of scientists and engineers push the edges of innovation across multiple disciplines to help people actualize their full potential. Look at Oscar Pistorius: When an amputee can compete and win against able-bodied athletes, we can no longer call it a disability.

I have learned that the most critical ingredient for innovation is faith. You have to have faith in your vision, in your ability to create reality from that vision, and in the potential of the future. Faith is the force that allows you to ignore the naysayers.

The Wright brothers believed that a machine could fly in a world of horse-drawn carriages. People called them crazy, but they believed in an audacious vision of the future.

Freeing the Dawn Wall is another audacious undertaking. People said it was impossible, but that didn’t stop Tommy Caldwell and Kevin Jorgeson. If they didn’t believe it could be done, they would have come down when things got tough.

Very little is possible without the ability to commit. Bringing a vision to life can be a long journey. What separates success from failure is the discipline to hone in on your target, make decisions, focus through the hurdles and not quit.

Ultimately, how you make your mark on the world comes down to your personal values. I care deeply about ending disabilities and limiting human suffering, so I pick projects that get me closer to those goals. The Boston Marathon bombing was very personal for me on multiple dimensions. As an amputee, a bionics researcher and an area resident, I felt a strong calling to help. Together Mary Kelly Persyn and I started No Barriers Boston, a nonprofit effort focused on raising funds to develop and pay for specialized prostheses for those who lost limbs.

As a first ascensionist, you climb at your limit on a line that best expresses your vision for the route. As a technology innovator, you conceive the greatest invention you can with the highest impact that expresses your most important values.

Finishing an invention or enabling an amputee to return to their sport is very similar to achieving an FA. It’s almost a spiritual experience to create reality from an idea.

VIDEO: The First Amputee Rock Climber – The Story Of One Legged Jim Gorin