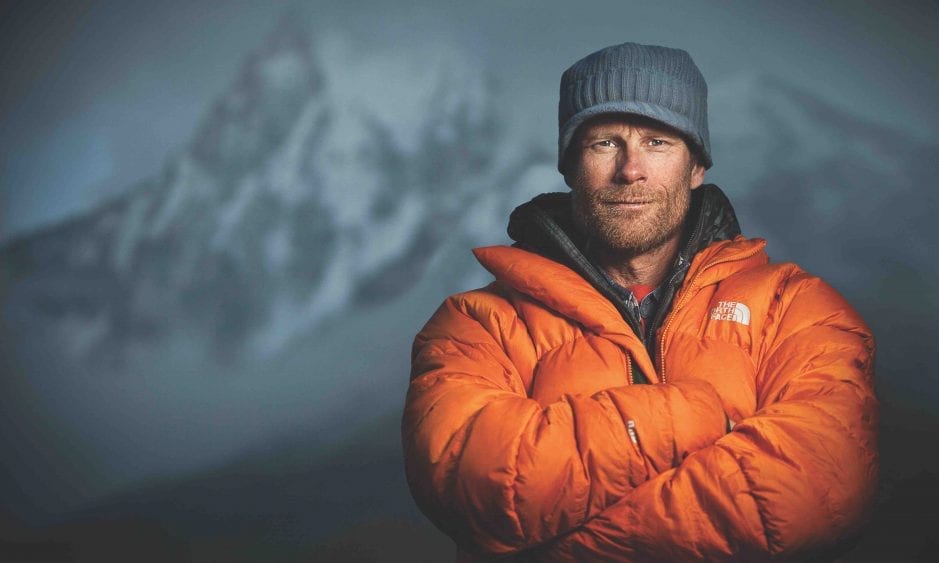 I was shaped by the California Sierra. The basic skills of backcountry travel: how to pitch a tarp to avoid an afternoon shower, why wool socks are important and the ethos of “off peaks and passes by noon” are some of the most important lessons I’ve learned.

From 1983 to 1988 I attended the University of Utah. While I was climbing in the Salt Lake City region, Mugs Stump provided guidance, inspiration and direction. He was 13 years older than me, and would say, “It’s your turn.” It was a simple vote of confidence before I set off on lead.

Mugs was no stranger to pain. His time playing big-time football left him with a few injuries. This ethos of being tough, instilled in him during his youth, carried over to alpine climbing. To succeed on snowy mountains, one must be willing to endure a degree of discomfort. Most people would rightfully question the sanity of putting yourself in extreme danger, which is what Himalayan climbing is. Mugs taught me how to evaluate risk in light of a dream/goal, to accept and train for a high pain threshold and to enjoy the sublime moments of nature.

Alex Lowe and I shared an energy level and built upon each others’ motivation. After his death, I realized life isn’t about me.

In 1993, Alex and I were invited to the Khan Tengri speed-climbing competition in Russia. Before the comp, we climbed the peak together. We sat on the summit, eating a bit of pork fat wrapped in newspaper. I’ve learned that simple things are the most worthy.

Life is transitory and each day is a gift. In my 30s, death in climbing affected me very deeply. Now it’s just another stage in life. I don’t fear death and I don’t let past occurrences rattle me. We have to get out of our comfort zones to live.

Climbing the Shark’s Fin on Meru was the realization of a dream. Hard work brought success and introspection. I learned that, at the end of the day, climbing doesn’t make one bit of difference. It’s a frivolous pastime, but at least we don’t pummel each other.

Focus on the positive, process the negative and learn from both.

Mountains have always inspired me. The more extreme and inhospitable a peak is, the greater the challenge. I like travel, adventure and the unknown. Each alpine mission is a circular journey from home. Upon returning, I hope to have learned something new.

Labeling me as a professional climber is generous. I’ve just learned to find the medium that best suits my skills and motivation.

I enjoy climbing way too much. I doubt I’ll ever quit—I’m too fucked up. But I’ll fade away from the spray in due time. If I’m fortunate, the next generation will still take me out climbing like Fred Beckey.

Life is like the weather. Stay the same, get better or get worse. This eight-word forecast never fails. And this is life. In the near future, I could be scaring my family and myself on the jagged teeth of our planet, I could be teaching science to fifth-grade students or I could be dead. Hopefully, in the future I will read this article and laugh.

Paige Claassen: "Every Attempt is a Success if ...