Okay, okay, not completely… but before you throw me and my ideas in the gulag, hear me out. 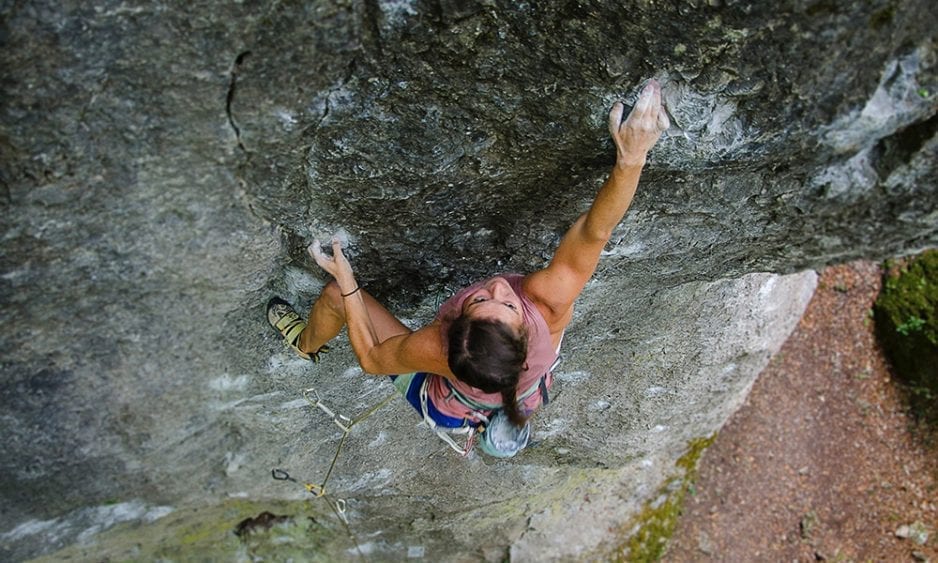 I was camping one night when I was probably 15 or 16 at Horse Pens 40, a bouldering area near where I grew up in Alabama. I woke up in my tent sometime after midnight, sweating profusely, and went into the boulder field. I messed around on a few blocs by the light of my headlamp. I was a V4 boulderer at the time and had never ticked anything higher. At one point, I hopped on a slightly overhung traverse problem, fell off three times, and then sent it. It was hard, but not too hard; I walked back to the tent wondering what I’d climbed.I woke up in the morning, checked the guidebook, and learned it was a  V7. I was ecstatic.

I proceeded to spend the rest of the day falling off V6’s and V7’s. It was almost two years before I sent another V7. Yeah, that problem at HP40 might have been easy for the grade, and it was exactly my style, and I probably got a bit lucky. But there’s something to be said for the fact that I didn’t know it was V7.

In most ways, grades are good. If we climb 5.10, we know we can stick to 5.10 or 5.11 at the crag, and we won’t waste time roping up on something we have no chance at. Grades are especially useful on multipitch or traditional climbs, when things can get a bit more serious. You know what you’re signing up for. That knowledge, though, can be a burden as much as a blessing. If you didn’t know a route was outside your grade range, would you have a better chance of sending? Maybe so. Mind over matter.

[Get back to basics with our How To Climb article series!]

We put ourselves in boxes when we learn that we’re 5.11 climbers or V5 boulderers. We start to think about moving through the grades in linear progression, like the walls we climb. First you climb 5.10, then you climb 5.11. Then, if you train hard, you climb 5.12a, and so on.

This isn’t always true, though.

Every climber knows this. There are 5.12s I can send that my buddies can’t, and 13s they can send that I have no chance on. Grades are just numbers someone decided to slap on a wall. Climbing difficulties are a web of intricacies, they aren’t rungs on a ladder. Sending is about more than just strength or technique, it’s about weight and height and hand size and guts and psyche and whether you ate too many burritos for lunch and if you’re stressed about your job and if your hair gets in your eyes and a thousand other factors.

As a community, I think we could all benefit from a few gradeless routes at every crag. Not unfinished projects, but named, established routes that are regularly climbed, routes that we choose not to put in a box. Just a couple. I’m not advocating for a cessation of grading, but hell, why not try it every once in a while?

It’s not like there isn’t a precedent. Chris Sharma didn’t grade some of his hard projects back in the day. Nico Favresse famously declined to grade The Recovery Drink, a contender for the world’s hardest crack climb, because, as he told Tom Randall, “putting a grade on this route felt like it would reduce what this climb meant to me.” But it doesn’t have to only be nails-hard routes that are ungraded! Reject the system. Fuck numbers. Climbing is about vertical adventure. Getting in over our heads now and then is part of the experience, and it’s also when we climb our hardest. Getting in (under?) our heads is often just as fun.

Will my next project be the world’s first 5.16a? I don’t know. It’s not going to get a grade. But Ondra will have to fly down to ‘Bama to make sure.

Am I an idiot? Inarticulate? A prophet before his time, heralding an era of light and bliss for the world of climbing? If it’s the latter, let me know in the comment section. Anything else, please feel free to keep to yourself. I’m busy projecting the world’s next 5.16a.

Either way, come back to The Choss Pile next Thursday for more chossy nonsense. 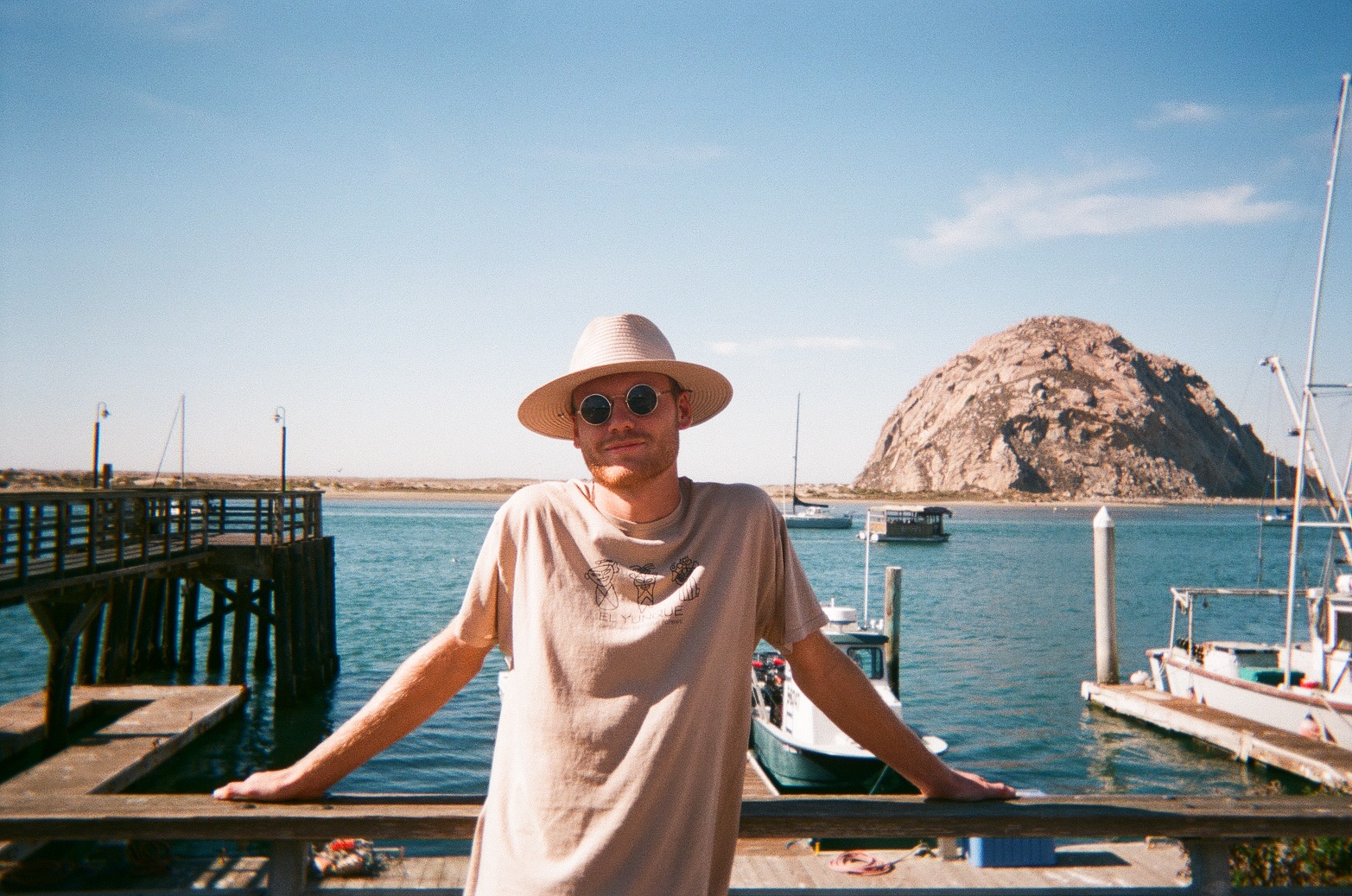 Owen Clarke, 23, is a climber and writer based in Alabama. He regularly contributes to Rock and Ice. He also authors a column for The Outdoor Journal, “Forgotten Adventures,” covering wild expeditions in the pre-social media era, and is a researcher and contributor to “The Flip Side.” He enjoys Southern sandstone and fish tacos. He is also afraid of heights Follow him on Instagram at @opops13.

You mention comps at the end in a negative fashion, but let’s not forget the only part of our sport where climbs are consistently gradeless are during comps. Where the emphasis is less on sending a number, and more on being a well rounded mover.

I agree that grades only create limiting factors, especially for something subjective and not even close to being consistent. Aside from the fact that the “consensus” seems to negate a wide variety of participants. 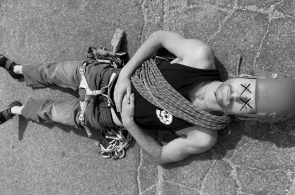 The Choss Pile: Why You Should Play Dead

Regular meditation on death is a recipe for a healthy life. The possibility of death in climbing is omnipresent, so climbers are uniquely positioned to come to terms with our mortality. 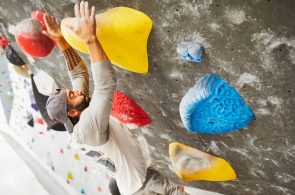 And we’re not talking about cutting your feet.

The Choss Pile: The Evolution of Climbing