The Choss Pile: Prove It - Rock and Ice
Opinion +

The Choss Pile: Prove It

Should the pros have a responsibility to document their sends? 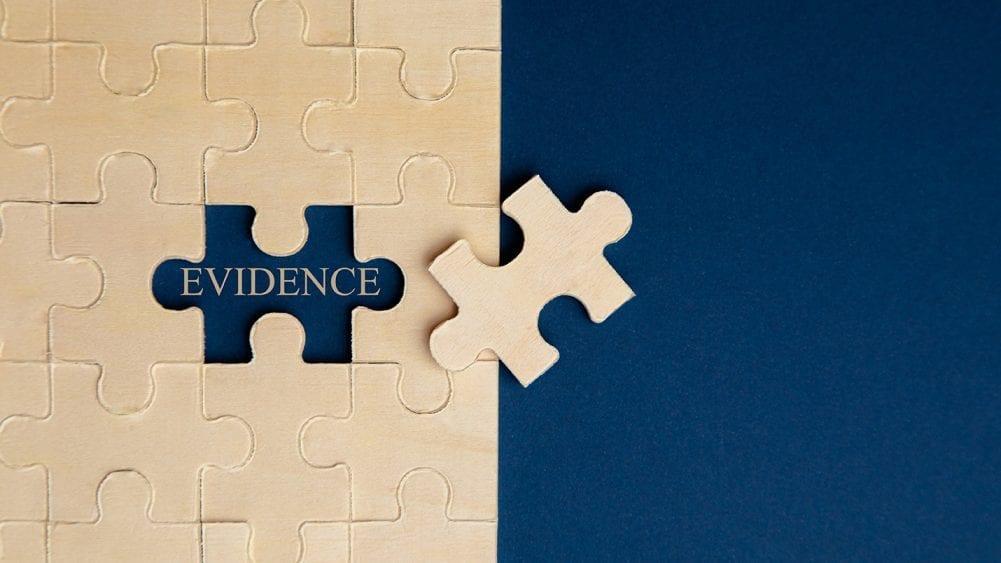 The honor system doesn’t fly in any other sport, even action sports. Why should climbing be any different?

It’s the Era of the Uncut. More and more climbers are documenting their climbs, not just boulder problems but roped lines, too, with unedited footage. From the rise of Mellow to Ondra’s uncut sport ascents, raw footage has stepped into the mainstream—or rather mounted a comeback, as some of the earliest climbing films were as rough as they come—as one of the preferred forms of climbing media.

It’s not surprising. There is aesthetic value in uncut footage. It may not be as polished as a cleanly edited highlight reel, but it’s more authentic. It shows the visceral reality of projecting and sending a hard line, as opposed to a mashup of flashy dynos, power moves, and grunts interspersed with interviews. It brings us closer to the real process of the pros we follow. For fans of pro climbers, watching uncut footage feels like getting a backstage pass.

Aside from the obvious aesthetic value though, maybe there’s another, greater need for uncut footage.

Setbacks from COVID-19 aside, there’s probably more money in the climbing industry than ever before. There are more sponsored climbers than ever, too, whether we’re talking Stefano Ghisolfi or Jimmy Biceps at your local gym, who gets free chalk twice a year and inserts clauses like “back before I got sponsored” or “since I’ve been sponsored” into every conversation he’s a part of, to make sure everyone knows he’s a big shot.

When the Said Belhaj Action Directe controversy blew up last year, everyone started drawing battle lines. For those that don’t know, Belhaj claimed to have sent the legendary 5.14d, a line which would have been among his hardest ascents to date. When suspicion was cast over his claim, he failed to provide any evidence (video, photo, or eyewitnesses—not even a belayer) to make his case. I interviewed Hannes Huch—the filmmaker who penned the first J’accuse Instagram post directed at Belhaj—a couple days after he shared his doubts about Belhaj’s ascent, but never ended up writing anything (for several easons, which I won’t get into here).

Regardless of where you fall on the Action Directe kerfuffle, the episode still shone a spotlight on a growing issue in our sport.

What responsibility do professional climbers have to prove that they did what they say they did? That their first ascents or onsights or redpoints are authentic?

I understand as much as anyone the scowl that alights upon faces when talk of “proving” climbs comes up. It’s easy to get why folks are so opposed to the idea that ascents need verification. This isn’t golf or tennis. It’s rock climbing. It’s an adventure sport. There’s supposed to be a little outside-the-box action going on. Pristine 24/7 video proof doesn’t jibe with the ethos of the Camp 4 dirtbag of yore or the spiritual Sharma-style figures who climb for the soul of climbing.

But people have been faking accomplishments in the adventure world for decades. Robert Peary and the North Pole. Frederick Cook and Denali. Cesare Maestri and Cerro Torre. These were all decades before technological advances made documentation easy.

In the modern era, the ambiguity surrounding Ueli Steck’s solo first ascent on the South Face of Annapurna is a prime example. Steck won a Piolet d’Or on his word alone. No photos, no GPS, no altimeter readings—nothing. I always looked up to Ueli, and I’d be the last person to argue he couldn’t have done it (though enough well-respected climbers do). But when you win an award for something, and take the opportunity of wining that award away from other people who also accomplished rad things, don’t you owe the community a little proof?

Most of us are climbing for ourselves, not for anyone else. I don’t think I’ve ever documented anything I’ve climbed, whether a boulder or a mountain. That’s partly because I don’t climb hard, but mainly because no one is paying me to climb.

I’m not climbing for anyone else. The pros are.

As a professional climber, as someone incentivized to climb by a sponsor, financially or otherwise, shouldn’t you have an obligation to prove your work? You can’t walk around and talk about how the purity of your climbing style excludes you from having to provide proof but simultaneously cash checks from Evolv and Prana.

With major mountaineering expeditions or big wall ascents, responsibility to provide proof via video footage seems both impractical and contrary to the spirit of the venture, in some ways. GPS tracking, however, makes it extremely easy to prove you went where you say you did. Is it too much to ask?

I’ll put that aside for now though, and focus on sport climbing and bouldering, which are different stories entirely. How much “adventure” even exists in those disciplines nowadays? More than any other outdoor action sport, climbing is toeing the boundary between adventure sport and conventional sport. The Olympics, the rise of gyms and comps, and increased gymnastic climbing styles have seen to that.

The honor system doesn’t fly in any other sport, even action sports. Why should climbing be any different?

If pro-surfer Maya Gabeira was to claim she’d surfed a 95-foot wave and not have any documentaion, everyone would raise their eyebrows.

To be clear: I don’t think there are tons of big-name climbers out there faking stuff, but surely it occurs. It even happened in the past on Action Directe, for instance, with Rich Simpson. When his ascents and other athletic achievements (such as a 2:27 marathon and a sub 4-minute mile) were called into question, he provided no proof, declined to comment, and promptly resigned (or was terminated) from all his sponsorships.

I expect it’s the kind of thing that has happened less infrequently that we’d like to believe, whether someone  lying about an ascent outright or lying about the style. It’s just that people are rarely caught.

This doesn’t mean pros should have to set up a camera every time they climb. That’d be obnoxious. But if it’s a climb at the top of your grade, a climb that’s boosting your rep, a climb that’s relevant to maintaining your sponsorship, then you shouldn’t balk when folks ask you to provide proof.

It’s literally what you’re getting paid for.

If I was to bill 30 hours of editorial work to a client, and when they asked me to provide proof of what I’d worked on, shrug my shoulders and mumble something about “ethics,” they’d fire me in a heartbeat, right?

At the end of the day, I don’t really care, and I assume most of you don’t either, if someone wants to lie about a send. The rest of us can just keep climbing. It does hurt our sport as a whole, though. There are tons of skilled climbers out there who train hard every day and would love sponsorship. If you reap the sponsorship benefits of a fake send, you’re siphoning money and fame away from other climbers who deserve it.

If you don’t want to film your hard sends (or provide proof in some other manner), I don’t blame you. I imagine it sucks a bit of the joy out of the act. But if so, Patagonia and La Sportiva probably shouldn’t be buying your plane ticket to Rocklands.

Go work in the local record store for nine months, sell weed to 8th graders, and save up cash like the rest of us.

Rock and Ice is committed to a diversity of ideas. The opinions published here do not necessarily reflect those of Rock and Ice.

Owen Clarke is a freelance writer currently based in Puerto Rico. He is a columnist for Rock & Ice, Gym Climber, and The Outdoor Journal. He also writes for Atlas Devices and BAÏST.

He enjoys Southern sandstone and fish tacos, and is afraid of heights. 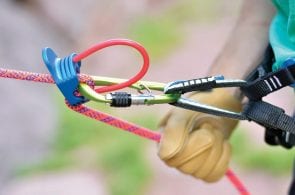 The Choss Pile: The Death of the Mistake

Is learning how not to screw up becoming obsolete? 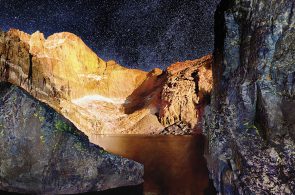 Seven years ago, a lone climber tried to make a difference. He is trying again. 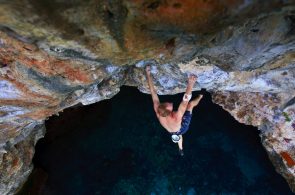 The Choss Pile: Why Everyone Should Deep Water Solo

I’m a new convert to deep water soloing (or psicobloc, as they call it across the pond). Here’s why.

The Choss Pile: The Death of the Mistake

The Choss Pile: Prove It