The formula is fried. Aren’t there better aspects of climbing we can focus on? 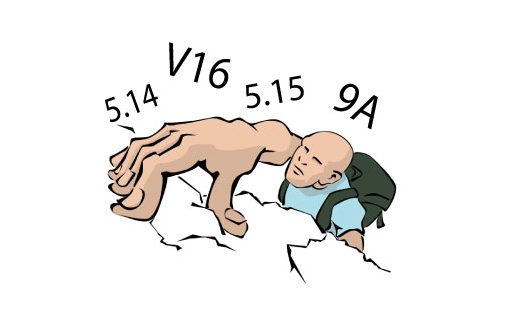 When did climbing news get so boring? Maybe it’s always been this way, but it feels like now more than ever we’ve slotted ourselves into a rat race.

The real question is: Who cares?

This is hypocritical, of course, because I have written dozens of news pieces for this very publication with the same title formula. I’m not saying those achievements aren’t worthy of respect, but our sport is already formulaic enough. This sort of coverage is just continuing to put people in boxes based on route difficulty achievements when there are so many other noteworthy attributes and characteristics to focus on, ones that are still relevant to our sport.

Like any good revolution, this starts from the ground up. Climbing news media isn’t the sole culprit, because its coverage, by and large, is just a natural reflection of the climbers and lifestyles that we, as members of the scene, choose to idolize and the achievements that we glorify. It reflects our own goals and aspirations as a community, what we constitute as an accomplishment or worthy of recognition, and what we don’t.

We should learn to cast our spotlight in a different way.

Ruhi Singh (made-up person), for example, might be the nth Indian woman to climb such and such grade, but she also paints incredible mountain landscapes in watercolor and survived an earthquake at age 7.

Dialing back our heavy focus on grades and difficulty—not only in climbing journalism but in climbing culture, the photos we post on social media, the way we talk about our sport, the way we train, the athletes we promote etc—would go a long way towards not only making our sport more interesting, but making it more inclusive.

For one, some really strong climbers are kinda douchebags. And also extremely boring people. I know, I’ve interviewed plenty of them. I can’t begin to count how many times I’ve tried to swing the interviews to topics outside of strictly projecting and training and had the climber immediately start to sound like his brain was turned into oatmeal (I say “he” because usually female climbers don’t have this problem).

“So, what do you do when you aren’t training and climbing?” “Uhhhhhhh.”

“Any other hobbies?” “Uhhhhhhh.”

Call me crazy, but I’d rather hear about the life of a single mom who lives in Louisiana, works at Walmart, and climbs weird chossy swamp routes on the weekends than listen to Johnny Strongarms ramble about crushing his fifteenth V16 in some exotic international locale.

Maybe our aforementioned Ruhi Singh is the nth woman to crush 5.15b, but she also once free soloed a 200-foot 5.8 after a bird pooped directly in her eyeball 30 feet off the deck. Both accomplishments are rad, but I’d rather hear more about the latter, wouldn’t you?

I’m not trying to say climbing media shouldn’t be about climbing, or that hard climbing isn’t rad, but there is way more to our sport than letters and numbers and “I hooked a right-hand crip and then swung my foot out high left and blah blah blah…”

Climbing is also about bivvying inside a garbage bag because you forgot your sleeping bag; or burritos at 2:00 am after getting benighted on the wall; or ripping your pants open stemming on a route; or driving around in your Toyota Camry with your buddies all hanging out the windows holding the crash pad onto the roof because it won’t fit in the back hatch and you don’t have any straps to tie it down.

Hear ye, hear ye! Out with the strong climbers and in with the interesting ones. I want to create a scene where just because you send V16 doesn’t mean you’re worthy of an interview. If you send V16 and have a massive Lego Star Wars collection, then let’s talk.

Maybe this is just the ranting of someone who will never send 5.14 or V15, or that of someone who has lost his passion for hard climbing only because he can no longer do it himself (but that’s another topic). Still, I’d much rather read about how “Jenny Crusher Swears Eating Massive Bowls of Froot Loops Thrice Daily Is the Reason She’s Such a Badass Climber” than “Jenny Crusher is the 12th Woman from Wisconsin to Send 5.14.”

Jenny Crusher, if you’re out there call me, and let’s make it happen. Fruit Loops are far from the best cereal, but if you think you’re on to something, I want to be the first to know. And anyone who thinks they have a massive Lego Star Wars collection, don’t get too cocky.

It ain’t larger than mine.

Owen Clarke, 23, is a climber and writer currently based in a hotel in Colorado. He also writes for The Outdoor Journal and Friction Labs. He enjoys Southern sandstone and fish tacos, and is afraid of heights. 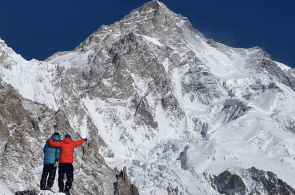 Social media has given everyone a platform, and consequently an unvetted chance at fame. It’s not always a good thing. 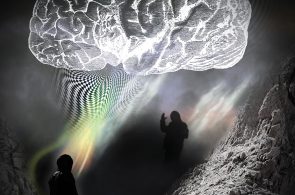 While climbing can be an incredibly effective tool in finding strength and confidence and community post-trauma, it’s not a miracle-cure for PTSD. 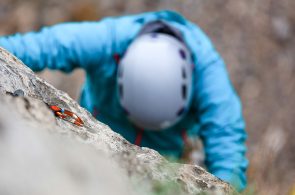 Helmets are effective and easy-to-use pieces of safety gear, but they’re often left on the ground. Why?

Climbers, If You Are Going into Avalanche Terra...