Op-Ed: Safe From What? On Women-Only Events
Opinion +

Safe From What? On Women-Only Events

Zofia Reych, the founder of the Women’s Bouldering Festival in Fontainebleau, considers both the advantages and potential drawbacks of women-only climbing events.

The first time I participated in a women-only event was in 2013 in London. It was the second Women’s Climbing Symposium organised by Shauna Coxsey, now an Olympic-bound athlete . The prospect of meeting over a hundred female climbers just blew my mind. Over ten years earlier, I had given up the sport in part because of the community’s machismo. Seeing how much more diverse the sport had become in a decade was a revelation.

Women were finally becoming more visible in climbing—and in a new way. In the 1990s, a magazine ad displaying an ice axe neatly arranged on a naked female body was nothing shocking. The turn of the century brought the realization that female objectification cuts off a whole market sector. With corporate suits jumping on the bandwagon, advocating for gender equality suddenly became in vogue.

While I am delighted with many positive changes this brought about, simultaneously I cringe in the knowledge that women have become a token for one or another company’s woke-washing project. Slogans such as “She Moves Mountains”, “#ForceOfNature” and “Define Feminine” have been used by brands to champion women in the community, and most of all, to sell more products.

In 2017 I moved to the Fontainebleau Forest in France, world famous for its royal palace and as the birthplace of bouldering. Like countless  climbers before me, I was blown away by the location and decided never to leave. As I discovered the forest for myself, I became increasingly aware that those scaling the sandstone blocks were mostly men. The gender disparity was so stark that it inspired in me the idea to create an international, women-only gathering.

[Also Read Climbing Vids To Watch Because You’re Not Working]

With the success of similar events in the U.S. in mind, I was surprised by the absence of one in Fontainebleau and excited to make it happen. Despite a relative lack of excitement from the local climbing community,  I became the founder of the Women’s Bouldering Festival. In 2018, nearly 80 climbers from all over the world attended our inaugural event. A year later, we numbered over 100 and I’m not going to lie to you: I am conflicted about what I’ve created. A genderqueer person running a growing women-only event—-there’s an irony, no?

We live in a time when the gender binary has steadily been losing its crushing grip over society, affecting both the LGBT+ and cis-gender communities. There is more space than ever before for asking questions and for fluidity. To avoid taking a step back, I was pondering calling the event a festival for women-identifying climbers. Then I came upon an article which blatantly stated the obvious: trans women are women. Surely questioning anybody’s femininity by adding the word “-identifying” would be inappropriate.

The notion that masculinity and femininity are social constructs is gaining widespread acceptance, but we must not forget that they are also performative. We should be free to perform them as and when we please, be it unconsciously or consciously. Gender variability is much greater than a simple binary of feminine and masculine.

Despite all of these considerations (and more), I had to admit that “The Bouldering Festival for Cis and Gender Non-Conforming Women and Femininity-Performing Individuals” was decidedly  less catchy than “The Women’s Bouldering Festival”. I settled on the latter and, in retrospect, it was a good choice.

Although most of the 2013 Women’s Climbing Symposium has faded in my memory, I vividly remember a talk by Eva Lopez. The internationally acclaimed climbing coach pointed out that in mixed-gender environments, women were more likely to act out their traditionally prescribed gender role. Lopez had noticed that accompanied by a man, she was more likely to act weak and passive, giving in to her fears and letting the man take the lead, especially so if he also happened to be her life partner.

Having definitely experienced this first-hand, I came to realize that it applies not only to cis-gender women but, in fact, to anybody who at times performs heteronormative femininity. And with the notion of femininity comes the patriarchal burden of a woman needing a man’s help and protection—certainly not a useful dynamic in any context, especially rock climbing.

We tend to follow these societally prescribed  behaviors without even knowing we’re playing from a script. It took me a long time to realize that femininity doesn’t have to imply weakness, in the same way that masculinity doesn’t have to imply strength. Though the gender division might actually be obsolete, I was socialized from the earliest days of my life  to recognize it. I cannot escape it. So for me, the interplay of feminine and masculine is nothing but a style choice I make instinctively on an everyday basis. For others, their gender might be much more stable or resist categorization altogether.

This is a variability encompassed by Professor Jack Halberstram in the term trans*, where the asterisk stands for an indefinite number of possible gender expressions.

With this in mind, creating an event that brings together a certain group within the climbing community—in this instance, femininity-performing climbers—risks creating something  exclusive and prohibitive. While there is still a growing demand for women-only events and spaces, it seems to me that they should not be the only alternative to climbing events built upon  heteronormative masculinity.

I lean toward creating spaces which are, by the consent of all parties involved, safe from sexism, racism or microaggressions. Such “safe spaces” protect us not from men but from toxic masculinity, microaggressions and stifling gender norms. As British entrepreneur Belinda Parmar wrote in an op-ed for The Guardian, “It’s a waste of my time to be invisible to half the people I need to talk to. I don’t want to vanish from their agenda. Business can feel like a boys’ club, but the answer is not to set up a rival girls’ gang, it’s to open membership to all.” And in this case, I’d say that climbing is not that much different to business.

Korean-American activist Shelma Jun, a founder of the female climbers’ movement in the US, expressed similar worries in an interview I did with her in 2018: “There are conversations we might only be comfortable having with other women around. […] If you’re a part of a marginalized group, these spaces can be very important […] The rest of us who are not a part of those spaces shouldn’t feel offended by that. We should be able to understand and respect that there are spaces we don’t belong to.”

Before organizing the Women’s Bouldering Festival, I attended my fair share of women-only events. And truth be told, spending some men-free time was empowering—but I still believe it shouldn’t be. I’m now nearly in my mid-thirties, and I see a younger generation growing up without the stereotypes and constraints that shaped me. I fear that exclusive events and exclusive safe spaces risk reinforcing those stereotypes and constraints. At the same time, perhaps we still need them, so that those who need empowerment can find it.

Before the Festival in 2018, I had scarcely any experience in event organizing. I was in a serious state of panic. Making sure everything was running smoothly, I was the last one to join our participants at the rocks. When I entered the sandy clearing of l’Elephant, one of the most iconic locations in Fontainebleau, tears welled up in my eyes. It may stand in contrast with my own theorizing, but seeing 80 women climbing, laughing, supporting one another and pushing their limits together was simply special.

Finally, the space was as much ours as anybody else’s. We claimed it and we belonged there, even if “we” is a very unstable term here. 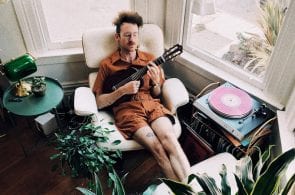 Chill Out: COVID-19 Doesn’t Mean the End of Climbing

Our sport is on hold right now, but there are always silver linings. 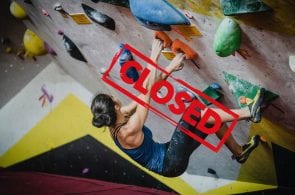 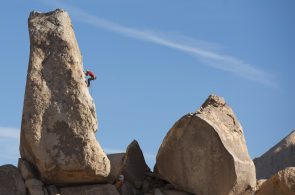 Kelly Fields, a local Joshua Tree guide, says that some guide services are still operating and taking out clients. Here, she issues a plea for them to stop, to safeguard the small community.

Safe From What? On Women-Only Events