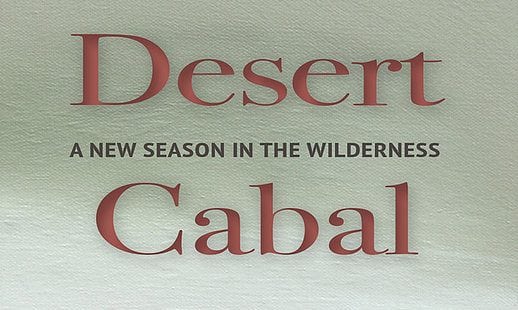 The white male narrative has long been at the heart of the wilderness movement, fueled in large part by the late, iconic author Edward Abbey, whose environmental classic Desert Solitaire: A Season in the Wilderness turns fifty this year.

Amy Irvine confronts and converses with Abbey in her new book Desert Cabal: A New Season in the Wilderness, taking Abbey to task for his often sexist, racist views—even as she celebrates the lens through which Abbey taught so many to love the wild remains of the nation. From Abbey’s quiet notion of solitude to Irvine’s roaring cabal, the desert just got hotter, and its defenders more nuanced and numerous.

You won’t be surprised to hear that in Utah nearly every trail has been widened. The location of every petroglyph publicized. And so many sheer, patina-coated walls are now studded with shiny climbing bolts and fixed anchors—all of which are inserted with motorized drills.

I’ll confess that, in my twenties, I bolted a few rock walls on BLM lands. One line was a perfect V, either side of which contained gently folded lips of flesh-colored sandstone. There was a deep runnel, made by water, right down the middle. It was the most vulvar, un-phallic rock formation I’d ever seen. I bolted it. Climbed it and rated the difficulty. I also named it God Between Their Lips, the title of a book written by my favorite professor of all things feminist and theological, who taught in the women’s studies program at the University of Utah. In my memory, the man who belayed me for the first ascent didn’t feel comfortable with the route name. This was the man I betrayed, a man with whom I fought on our wedding night because he didn’t think Susan B. Anthony deserved to appear on US currency. A few years later, when a guidebook to this particular climbing area came out, the route had been renamed, downgraded, and its first ascent claimed by some guy from St. George. Maybe this serves me right for having taken a drill to the rock in the first place.

And while you know these next thoughts, I’m going to say them anyway: the minute there is a line drawn around these lands, a sign staked on their behalf, the masses come running. They come at full tilt, with their mountain bikes, ropes, and GoPros—these are cameras they strap to their heads to film the thrill of the moment so it lasts a lifetime. Sure, they wear their eco-fleece and they mostly bury their poop and stay on the trails, but still we’re talking about droves of people—and yes, here in mid-rant I haven’t forgotten that I am one of those folks, too. Except I am not very sporty, or gear-intensive—not anymore. Now I just want to wander off the beaten path in my torn-up jeans. I want to get lost, I mean so totally turned around that I see the land without preconception. As if for the very first time. But with every new human added to our population, every new guidebook written, and every new place protected and promoted, it’s getting harder to have a wild and reckless reckoning that has nothing to do with recreation. And entertainment. That has everything to do with sensation. And salvation.

Sure, monuments and parks also keep things out—the drill rigs and ATVs. At least they used to, pre-Trump. But back to the elephant in the desert—us. I cannot help but wonder how the relationship between the desert and me, just one of so many bodies in need of a getaway, could possibly be, at this point anyway, symbiotic. Aren’t we, too—if only by our sheer numbers, our hunger for a break from our crazed, compressed lives—blindly careening toward our own release without knowing the body-that-is-the-desert, simply as it is? Something beyond a pornographic projection of our own aesthetic and athletic appetites?

You and I, we are complicit. We took ranger jobs not because we wanted to show people the places we loved deeply and privately. No, we took those jobs for a more selfish reason: so we could make bank while spending our days in the wild. We winced when folks asked if they could see the place in less than an hour and we seethed when new graffiti was gouged into the rocks. We picked up trash, pointed to porta-potties, then gritted our teeth when we had to say, “Thank you and come again.”

It bought us both space and time. All the while, we secretly hoped that some of them, any of them, would fall in love—and madly. That they’d swear fealty. Because if people came to care about the way the air shimmers when the rabbitbrush shrugs off the heat and sends it rolling across the slickrock, the way the antelope bolt like lightning unleashed from a squalid sky—maybe we’d stand a prayer of a chance to save the places we treasure from those who would take some quick and dirty form of amusement over poetry, beauty, and wonder.

Be safe. Play only in clockwise, conchoidal directions. We’ll have to do more than have fun together.

Pick up a copy of Desert Cabal: A New Season in the Wilderness 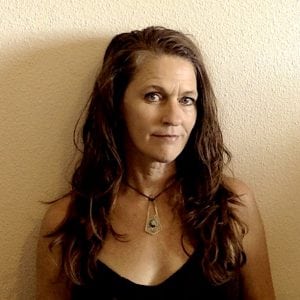 Amy Irvine is a sixth-generation Utahn and longtime public lands activist. Her memoir, Trespass: Living at the Edge of the Promised Land, received the Orion Book Award, the Ellen Meloy Desert Writers Award, and Colorado Book Award. Irvine teaches in the Mountainview Low-Residency MFA Program of Southern New Hampshire University. She lives and writes off the grid in southwest Colorado, just spitting distance from her Utah homeland. 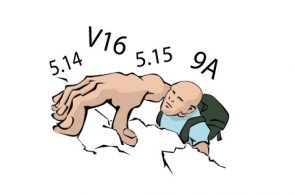 The formula is fried. Aren’t there better aspects of climbing we can focus on?

The Choss Pile: Being a Good Climbing Partner M...