Spain is the place to be in the world of sport climbing right now, with so many hard climbs going down over the last few weeks. Joining the send-train is Canadian climber Vikki Weldon, who clipped the chains of Los Humildes pa Casa (5.14a) in seven attempts over five days. 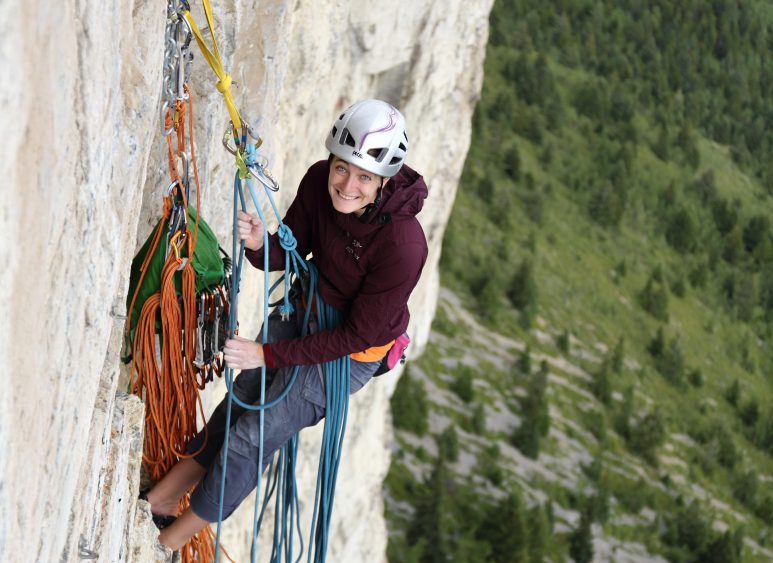 Spain is the place to be in the world of sport climbing right now, with so many hard climbs going down over the last few weeks.

Joining the send-train is Canadian climber Vikki Weldon, who clipped the chains of Los Humildes pa Casa (5.14a) in Oliana—a major goal of her first climbing trip to Spain—in seven attempts over five days.

“There’s just so much rock here in Spain,” Weldon told Rock and Ice. “Everywhere I turn, I see some random person crushing hard routes and it’s a very motivating and inspiring environment to be in!”

Los Humildes pa Casa (5.14a), famous for its long, continuous tufas, is located at the Contrafort de Rumbau wall in Oliana.

“It’s a stunning line that caught my eye,” says Weldon. “We don’t have features like that back home [around Squamish]. I wanted to climb something long, beautiful and challenging. This line seemed to have it all.”

Weldon has been in Spain for over three weeks, having started out in Terradets before heading to Oliana. When she arrived, she jumped on Los Humildes right away.

“I found that there weren’t any particularly hard moves, rather it was a pure endurance line,” Weldon says. She spent three days working out the sequence and getting into the groove of tufa climbing before starting redpoint burns.

“In the end, I found that Los Humildes really suited my style,” says Weldon. “For me to do a route of that difficulty so quickly was a complete surprise for me. I believe Los Humildes is on the soft side of 5.14.”

This was Weldon’s second 5.14-graded climb, the first being Eulogy (5.14a) in Maple Canyon, Utah, which took her “over two weeks and endless attempts,” she says.

After Spain, Weldon will return home to Squamish to close a few projects before heading to Canmore in August to climb in the Bow Valley.

“I would like for the year to be one in which I push my boundaries,” says Weldon, “and Spain has definitely started it out right!”