Tommy Caldwell reports on Facebook that he has freed the last remaining undone pitch of the Dawn Wall. 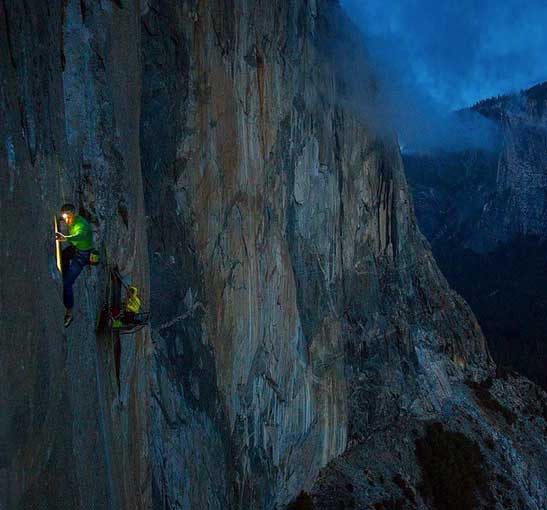 Tommy Caldwell reports on Facebook that he has freed the last remaining undone pitch of the Dawn Wall.

“Oh my goodness!!!” posted Caldwell. “After six years I finally sent this beast of a pitch. Inspired by Kevin’s fight to the death near miss.This officially means all the hard individual pitches have been redpointed.”

Caldwell and Kevin Jorgeson are now poised to send what will be the hardest big-wall in the world. Last season, Caldwell’s progress on the Dawn Wall nearly ended, first with the government shutdown, then when he dropped a haul-bag that was attached to his harness, ripping a rib off of his sternum.

“Disaster strikes! Haul bag took a 200-foot plunge while clipped to the back of my harness,” posted Caldwell last November.

Just a few weeks after the accident, however, Caldwell was back on the Dawn Wall, ending the season with a historic send of pitch 15, which is Yosemite’s hardest pitch of free climbing at 5.14d.

“I regret to inform anyone looking to climb the hardest pitch in Yosemite that now they have to get to the absolute middle of El Cap to make it happen,” posted Caldwell via Facebook. “PITCH 15 WENT DOWN!!!”

According to Jorgeson, the team will now take a week of rest for Thanksgiving “to let our bodies rest.”

“Then, if all goes to plan, we will prepare for a send push some time in December.”