TNB: The Risk of Climbing 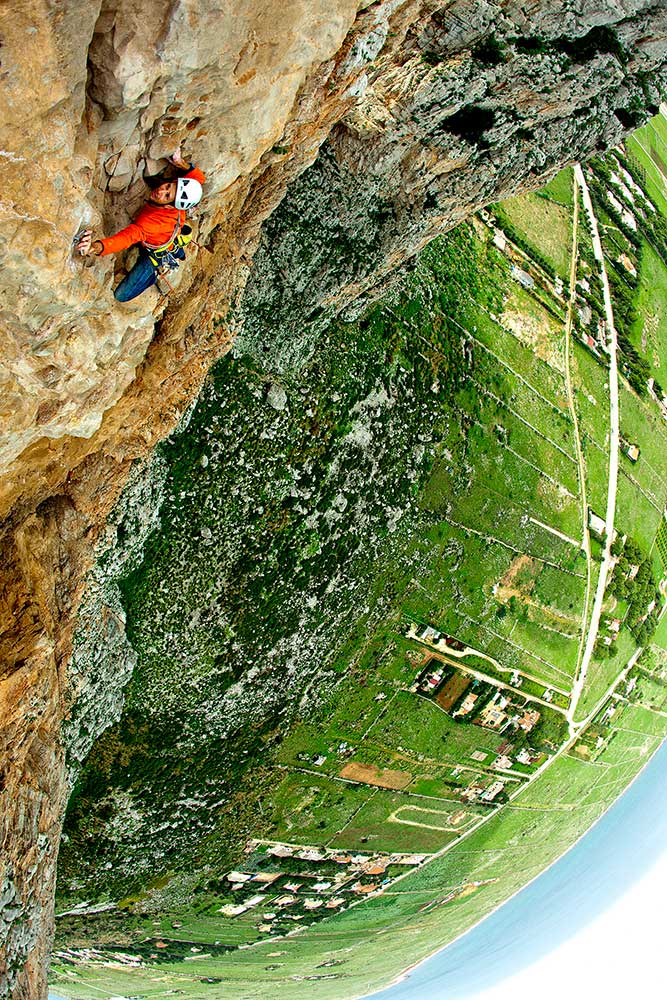 On November 16, an Austrian mountain guide named Stefan Rass led and clipped the chains of a 5.13b sport climb on the coastal cliff of San Vito Lo Capo—a popular limestone area in Northern Sicily, Italy. When Rass weighted the anchor, however, the large chunk of stone holding the bolts ripped off the wall. Though the rope slowed his speed, Rass fell with the dislodged stone above him, approximately 80 feet to the ground where he was “compressed, ” according to Planet Mountain’s report, by the rock.

“His friend [and belayer] could not hold the weight of the heavy block, which was the size of a refrigerator, ” explained Rass’ friend, Ines Papert, in an e-mail exchange with Rock and Ice.

Rass is now in a medically induced coma in Salzburg, Austria.

The accident is tragic, and perhaps worsened by the fact that Rass made no mistake … except choosing to go climbing that day.

The usual onslaught of blame is erupting on online forums, with some accusing the route’s equipper, others claiming that the entire area—with its often-loose rock—is unsafe.

“The only material that was bad in this case was the bolter, ” commented Franz the Stampede on 8a.nu.

But despite that kneejerk reaction, which almost always follows a tragic climbing accident, little real insight has been offered other than pointing fingers and finding fault.

The underlying truth is that climbing is risky, and when we decide to climb—regardless of whether we choose to clip bolts, boulder, place gear, or even free solo—the stakes are high.

Risk has been a popular topic of discussion in the climbing world lately. Clif Bar, a company that has built its image around climbing and climbers, recently decided to terminate sponsorship for some of their athletes because they participate in styles of climbing they deem too risky.

“[We] no longer feel good about benefitting from the amount of risk certain athletes are taking in areas of the sport where there is no margin for error; where there is no safety net, ” wrote Clif Bar in an open letter to the climbing community.

“If you take risk out of climbing, it ‘s not climbing anymore.”

Clif Bar admits that evaluating the amount of risk appropriate for sponsorship in regards to what style of climbing the athlete practices is a “gray area. ” However, as the above accident illustrates, risk is inherent in all forms of climbing—regardless of the style.

Two weeks ago, while editing an interview with Patagonia founder and visionary climber Yvon Chouinard (see What I’ve Learned in the up-coming issue of Rock and Ice, No. 224), I came across an interesting quote.

“If you take risk out of climbing, it ‘s not climbing anymore,” said Chouinard.

The statement seems to contrast starkly with Clif Bar’s recent sponsorship choices. Here was one of the outdoor industry’s most successful business owners fully accepting the risks involved in a sport he helped invent. In fact, he even went as far as saying that climbing without risk was “just an exercise.”

As many people in the climbing community have expressed, Clif Bar might not lose a ton of business by choosing to cut Dean Potter, Steph Davis, Cedar Wright, Timmy O’Neil, and even Alex Honnold from their roster. But I have to admire Chouinard’s insight. This is a man who has dedicated his life to creating new tactics and gear for a sport he believes in, and as a climber and a business owner, he believes in risk.

As climbers, we know that when we venture into the mountains, start up a boulder problem, or—as in Rass’ case—choose to clip bolts on a sea-cliff in Sicily, there might be serious consequences. Yet as Chouinard points out, accepting that risk is a part of being a climber, and once we commit to being a climber, there is no one to blame.