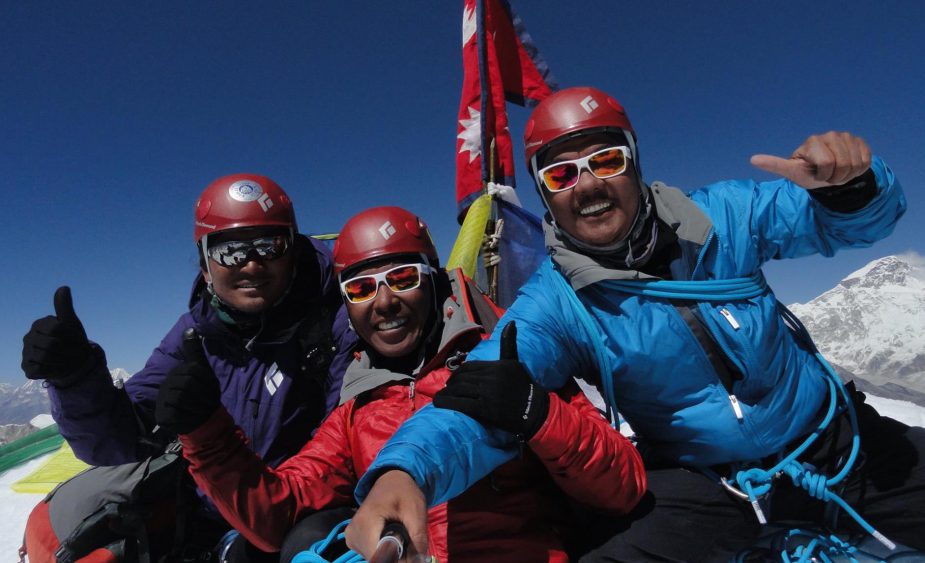 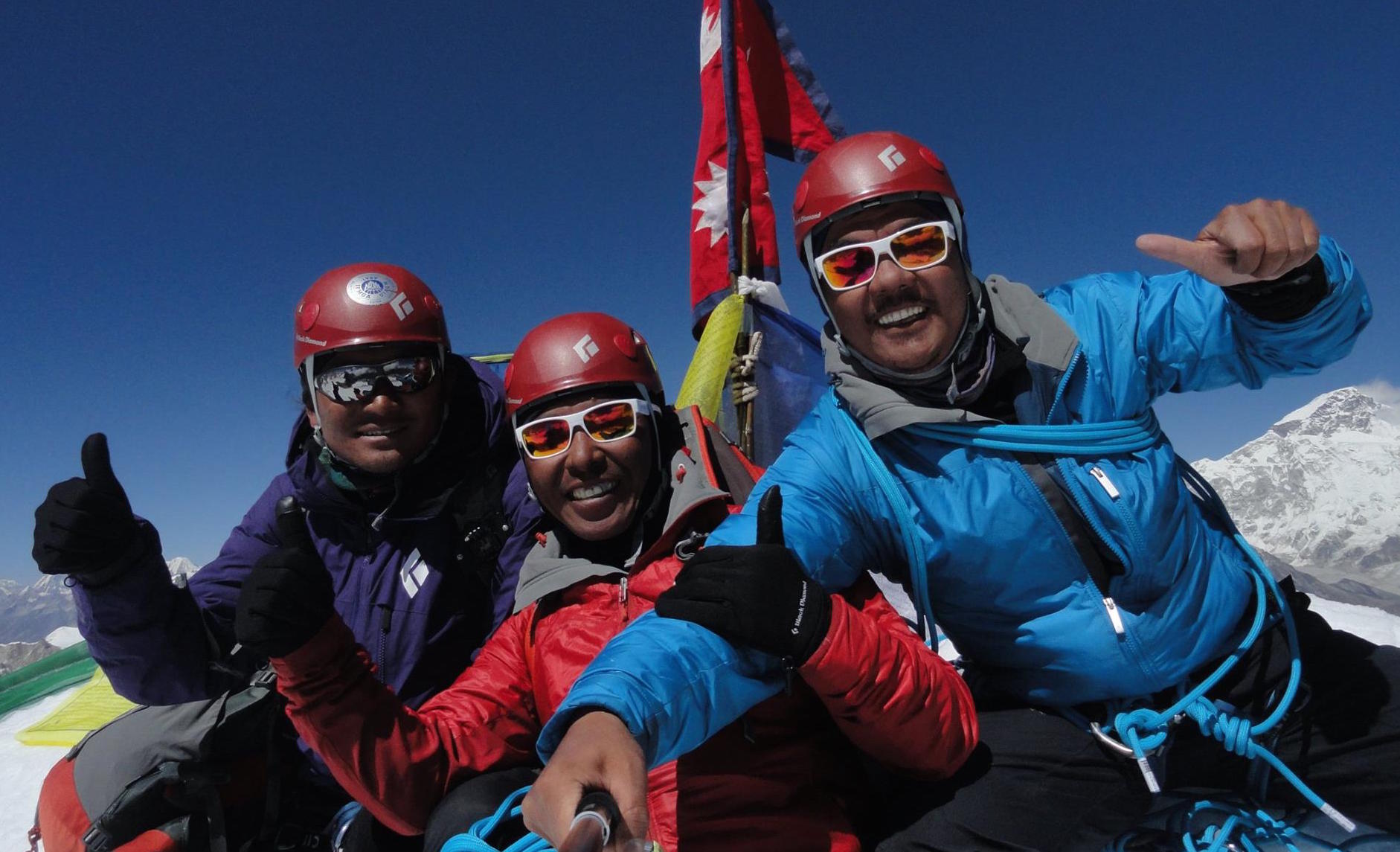 Nima Tenji Sherpa stepped on the summit of Mt. Raungsiyar first. His name, Nima, means Sunday. It was Sunday, October 4.

Tashi Sherpa and Dawa Gyalje Sherpa were right behind—completing the three-man, all Sherpa “First Ascent Team.” When they reached the 6,224-meter summit, they became the first Nepalese-only team to make a first ascent in the Himalaya. But they weren’t stopping there.

The three men, all climbing guides and all from the Rolwaling Valley, left Kathmandu on September 26 with a mission: to summit three unclimbed mountains in the Rolwaling Valley. Their goal was to climb Mt. Raungsiyar (6,224 meters), Mt. Langdak (6,220 meters) and Mt. Thakar Go East (6,152 meters) on the border between Tibet and Nepal, in three consecutive days. 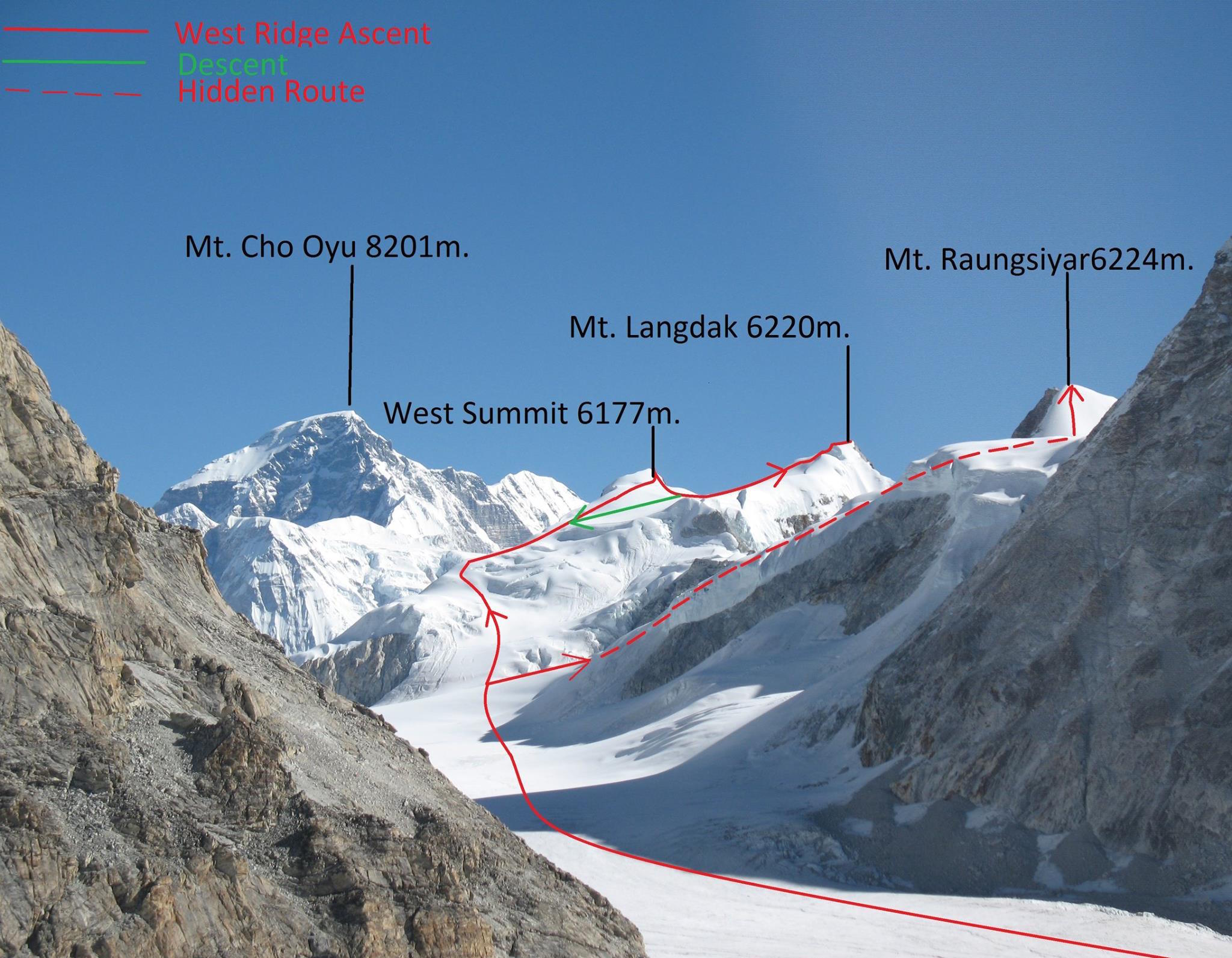 After driving from the capital city to Gongor Khola, the Sherpa team traded car for foot and began the trek into the mountains. On September 27, they reached DongKang; on September 28, Beding; on September 29, Na. After a rest day in Na, they trekked to Chugima on October 1, then to Jabok Glacier on October 2 and Droulambau Glacier on October 3. On October 4, at 12:30 p.m., they set up a high camp below the summits of Raungsiyar and Langdak and continued up Raungsiyar’s flanks. They climbed through deep snow to reach the East Ridge and better compact snow conditions. At 3:15 p.m. Nima Tenji Sherpa, Mingma Tashi Sherpa and Dawa Gyalje Sherpa became the first people to stand on its summit. They were back at high camp by 6 p.m.

“The summit ridge is long but it is comparatively [a] good mountain for climbing,” the team reports on their blog. “This is the first ever expedition on Mt. Raungsiyar. So it’s official that this is the first ascent.”

Until recently, Raungsiyar was off limits to climbing. On March 21, 2014, the Nepali government opened access, along with 103 other peaks that were previously closed. Seventeen of those mountains are in the Rolwaling valley. 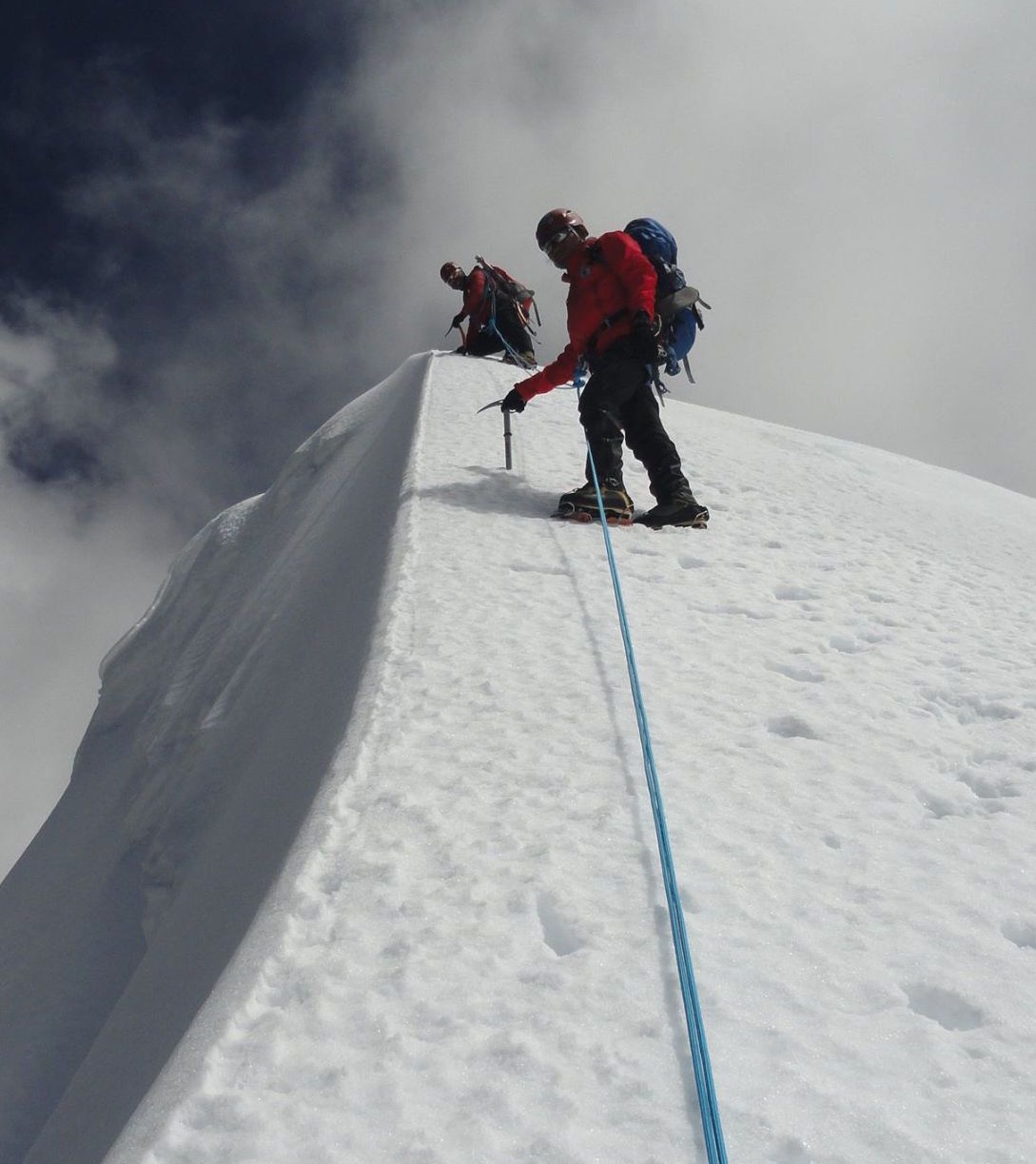 The next morning, the team started up Langdak. They bagged the West Summit of Langdak (6,177 meters), descended 100 meters to the ridge, and continued to the main summit via the Direct West Ridge. At 11:45 a.m. Dawa Gyalje Sherpa stepped on the summit first. His name, Dawa, means Monday. It was Monday, October 5.

On the team blog, Nima Tenji Sherpa called it the “best view point” he was ever climbed. This tops the view from Mera Peak, where only five 8,000-meter peaks can be seen. Langdak adds Sishapangma to the list.

The team descended Langdak to high camp and continued to the base of Thakar Go East.

“Thakar Go is [a] technical mountain,” the team reports. “The ridge to [the] summit is sharper and more difficult. It has mixed climbing. The beginning of climbing is on rock and then completely on snow ridge. It is [a] tricky mountain [and requires] good climbing experience.”

Mingma Tashi Sherpa stepped on the summit first. His name, Mingma, means Tuesday and it was Tuesday, October 6. 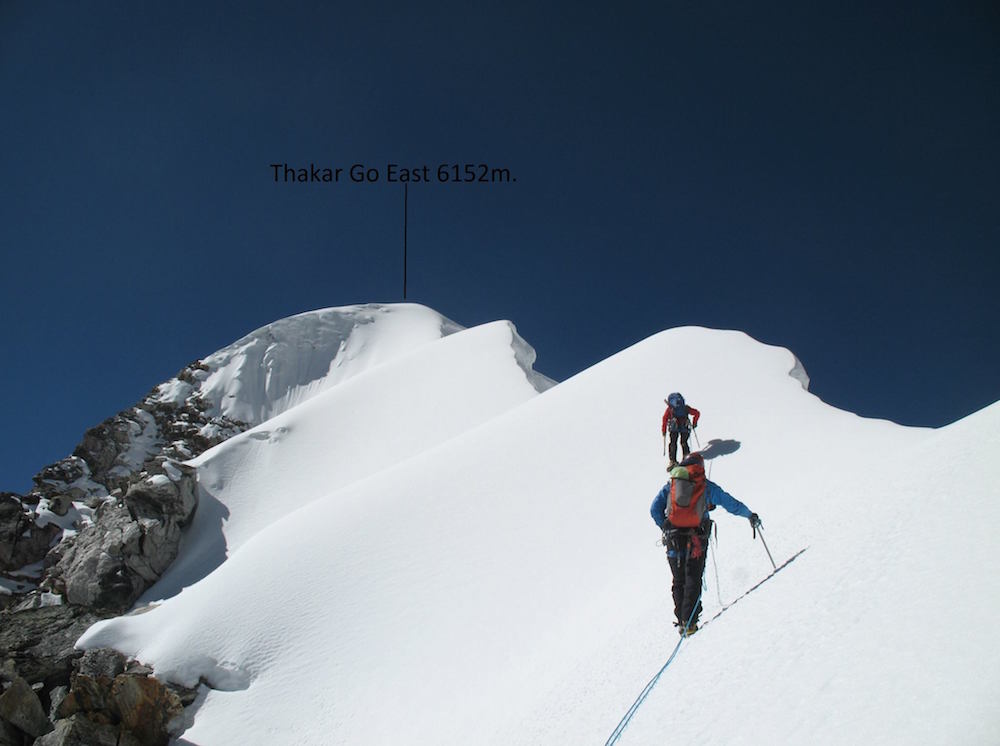 October 5: Summit of Mount Langdak and trek to ThakarGo East base camp

October 6: Summit of Mount ThakarGo East and trek to Jabok

October 9: Drive back to Kathmandu