Last week, the untimely death of 43-year old Jay Renneberg stripped the California climbing community of one of its most dynamic personalities. 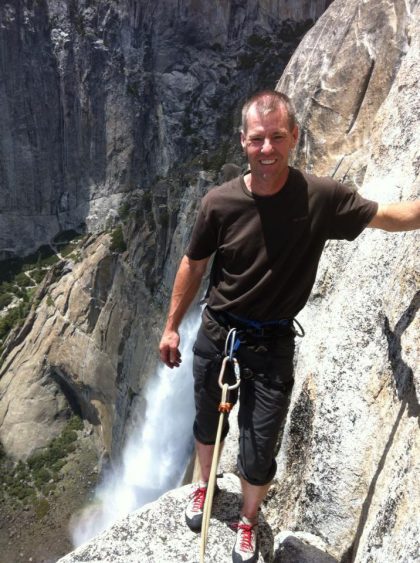 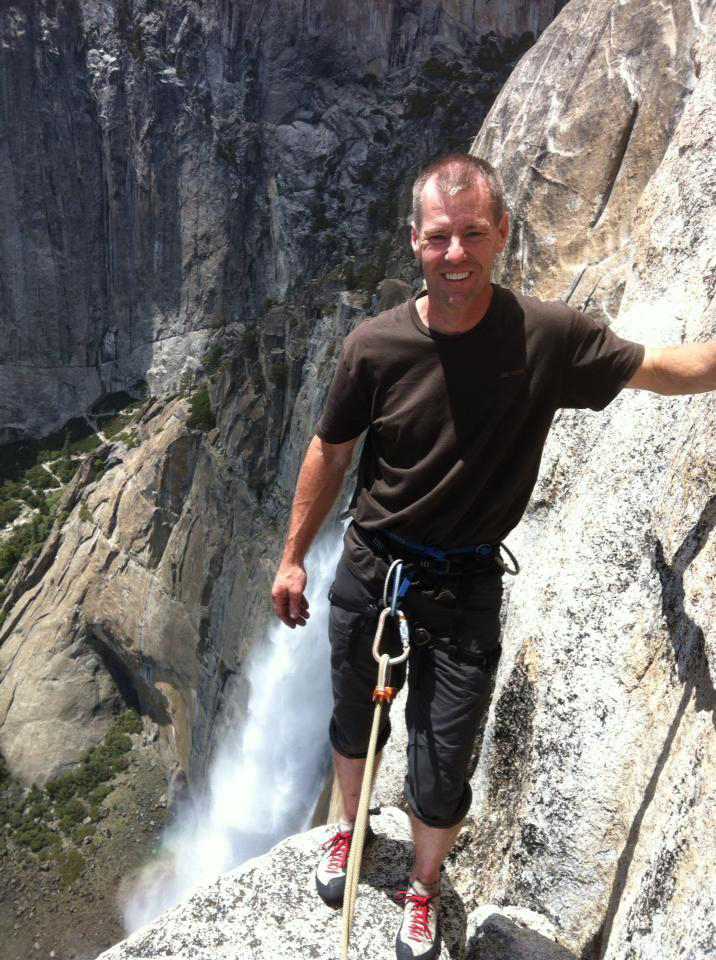 Last week, the untimely death of 43-year old Jay Renneberg stripped the California climbing community of one of its most dynamic personalities.

“A man of full-throttle passions,” in the words of his longtime friend Dave Johnson, Renneberg was once clocked doing 107 miles per hour—on a water ski. Renneberg conducted drives to the crags at similar velocities, and he balanced his responsibilities as vice president of BARE-CO., a multi-million-dollar tractor-parts company, with high-volume soloing binges at Lover’s Leap, often done at night, the cracks and eyebrows of the Leap lit by the dancing beam of his headlamp.

A self-made man, Renneberg won financial independence at a young age, then went utterly destitute—“living in my car broke” as he described it—only to re-emerge in a totally different industry and win back his financial security. With casual élan, Jay could juggle fire sticks while riding a unicycle, entertain a restaurant of strangers, romp up world-class granite, dead-center a long-range bull’s eye with a high powered rifle, convulse a crowded crag with hysterical laughter, and conduct high-stakes business. None of his myriad friends would have thought it unusual to find him doing several of those things simultaneously.

Despite the attention he’d given to achieving financial stability, Jay considered time his most valuable commodity. “Every day I work to own more of it,” he wrote on Facebook, with a wish that “more people shared the value that it is what you DO in life that matters, not what you have. I have difficulties remembering the specifics about a new Porsche that I owned; but I can recall the exact details of my first rock climb 24 years ago.”

Jay grew up the Sacramento area, where he lived most of his life. In 1988, as a teenager working at Sierra Outfitters, he came under the wing of Dave Stam, one of the founding members of the loosely organized Ghoulwe Mountaineering Club. (The club’s oddball name springs from an accidental, beer-fueled mashup of “couloir” and “gully.”)

Johnson and Stam both remember Jay as something of a club mascot, and for more than 25 years he was a lynchpin of the club’s adventurous and social activities.
In the late 1980s and early 1990s, Jay hooked up with Jon Bowlin. The two of them founded a successful business—Bungee Jumping Systems—that was at the vanguard of bringing bungee jumping to the United States. Those were wild times for Jay. He worked at a climbing store during the day; at night, he led commando bungee-jumping expeditions to the high bridges of the Sierra foothills. He made Mexico’s first bungee jump—into Copper Canyon. At a Sacramento Kings’ game, Jay bungeed from the roof and plucked a can of soda from the floor at the nadir of his first bounce. Dressed in a tuxedo, Jay bungeed from the end of a crane mounted to the roof of Sacramento’s 423-foot tall Wells Fargo Building just before the building’s completion. Bowlin BASE jumped off behind him.

Jay cut short his own BASE jumping after Bowlin’s fatal accident in 1993, and in 1995 Jay vanished from the climbing scene. Few Ghoulwes saw him for the next decade. He’d gone domestic, helping his new wife, Jeanette, raise her four children from a former relationship. Jay returned to climbing in 2006. With a vengeance.

“Jay was high-octane,” says Charlie Downs, one of his regular partners. “People either instantly liked him, or else found him totally overwhelming. There wasn’t much middle ground.

“When Ron Vardanega and I started hanging out with Jay again, we immediately started climbing a lot more. He brought out the best in you as a climber. He didn’t necessarily push the grades, but he pushed the volume. I went from doing one route a day to doing three, four or five, the whole time laughing at Jay’s hilarious banter.”

With Jeanette, Jay climbed in Yosemite, Tuolumne, the Tahoe area, and throughout the High Sierras, aiming to acquire the skills needed to climb the Nose of El Capitan, a goal they accomplished in 2009. Unfortunately, their marriage disintegrated a few years later.

Jay’s enthusiasm for an objective was infectious. “Most climbers say, “Well, yeah, that could be fun, we should do that sometime,” explains Dave Johnson. “With Jay, it was like ‘Yeah, we could go this weekend, but what about now?’”

Charlie Downs had always been amazed at Jay’s ability to get things done. “He’d get excited about something, and then he’d go after it like he was digging a posthole. He’d go to great depths pursuing a subject he wanted to learn about. He was an extremely intelligent guy, and I’m convinced he could have turned himself into a heart surgeon if he put his mind to it.”

After the Nose, Jay started competitive sniper shooting and as Ron Vardanega describes it, “in typical Jay style, he became so good so fast that the local shooting club amended their by-laws so that Jay could join. He hadn’t been competing long enough for the previous rules. He quickly became a national competitor.”

Jay epitomized the words of Tennyson, a man who “ever with a frolic welcome took the thunder and the sunshine.” But he only ever shared the sunshine. He seldom discussed any of his life’s struggles. He kept those bottled inside, which may have been the root of his undoing, for as gregarious and open-handed an individual as Jay could be, he was also prone to long disappearances, and during them, none of his friends would see him.

“If you needed help, he was the guy, but there was some kind of loneliness to him, too, in his DNA,” says Dave Johnson.

Jay died on the morning of January 29, 2014. Details of his death haven’t been released.

“Jay wasn’t the kind of guy to seek help,” says Charlie Downs. “In a way, he was extremely private. He really resisted anybody reaching out. He wouldn’t let us touch him.”

Jay instantly charmed and engaged children, and he stayed involved in their lives. One of the many young people profoundly influenced by Jay’s life is Ron Vardanega’s 19-year old daughter, Kristen. Jay’s death inspired her to write: “We should strive to appreciate as many days as we can, and to remember the extent of which our individual lives are valued by others. Remember that you are loved, and even if sometimes it doesn’t seem like it, your ripple can cause waves.”

Jay is survived by his father, Bob, a sister, Lana Albertson, and legions of friends.

Remembrance details: there will be a visitation on Wednesday, February 5, 2014, from 4:00-7:00 pm at Mount Vernon Memorial Park, 8201 Greenback Lane, Fair Oaks, California and a funeral on Thursday, February 6 at the same location, at 2:00 pm. The Ghoulwe Mountaineering Club plans a Jay Renneberg memorial sometime this spring or early summer, probably at Lover’s Leap. Details forthcoming on Supertopo and Facebook.