Goodbye and Thank You to Mark Hesse, 63 - Rock and Ice
News +

Goodbye and Thank You to Mark Hesse, 63

The sudden death of Mark Hesse, 63, a lifelong climber and community activist, has left the community stunned and bereft. Hesse was identified as the climber found unresponsive on the floor during a climbing session at the Boulder Rock Club. The cause of his death is still unclear. 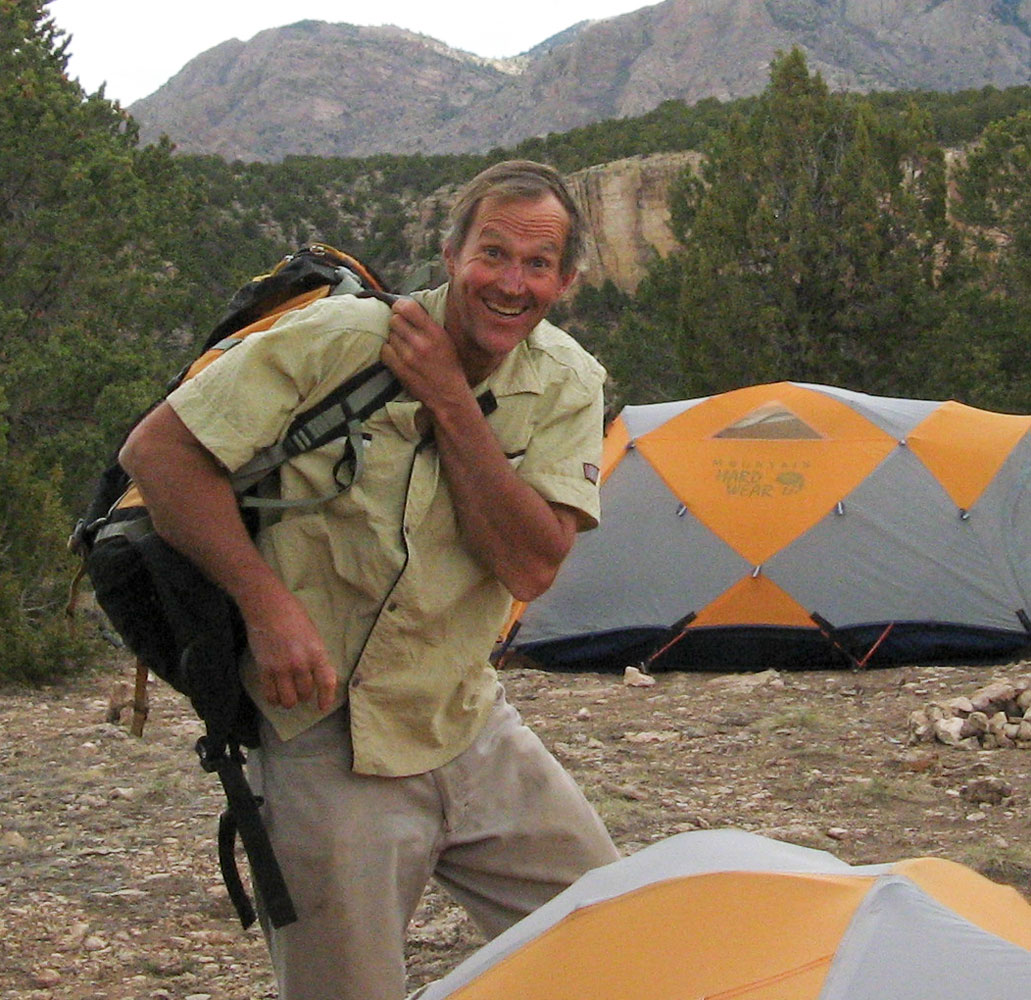 The sudden death of Mark Hesse, 63, a lifelong climber and community activist, has left the community stunned and bereft. Hesse was identified as the climber found unresponsive on the floor during a climbing session at the Boulder Rock Club. The cause of his death is still unclear.

Hesse, a longtime resident of Colorado Springs, Colorado, who had recently moved to Boulder, was in excellent health and extremely active. An exceptionally gracious person, one of almost old-fashioned courtesy, he is known for decades of climbing: soloing the South Face of Denali; establishing mountain routes on Kangtega, Edith Cavelle, Mount Geike and Mount Postern; and putting up many rock routes in the South Platte, Rocky Mountain National Park and Utah desert. He is, though, as much appreciated for a legacy of service to the climbing community.

“He was a visionary,” says a devastated John Catto, a climbing partner of decades. “He saw a long time ago that our climbing areas were going to get trashed, and was a proponent of getting land managers and climbers together for access work and trail building.”

From Michael Kennedy: “Mark was an individual of integrity, passion and commitment, as shown not only by his climbing, but all he did for the climbing community.”

Hesse started the American Mountain Foundation in 1982 to fund and support expeditions, and transformed that into the Rocky Mountain Field Institute in 1986, where he remained until 2009, promoting education, stewardship, trail and restoration projects. Current projects, according to its website, include restoring burn areas, trail projects, a Garden of the Gods restoration project, and ongoing work at Shelf Road. He and others built and maintained trails (with risers, steps and retaining walls) and camping areas at this extensive and popular sport-climbing area. He also cofounded the Colorado Fourteeners Initiative, and was at one time program director for Southwest Outward Bound.

At the time of his death he was collaborating with the Access Fund, with whom he had worked on trail projects for some 20 years.

In May 1982 Hesse soloed Denali’s South Face, an ambitious undertaking, later giving this history in the American Alpine Journal: “The 9000-foot face was first climbed in 1967 by an American team over the course of one month. They employed 7000 feet of fixed rope. In 1976, Dougal Haston and Doug Scott, fresh from Mount Everest, followed the first-ascent party’s route to 16,800 feet, then ventured out across and up the upper icefield to the summit ridge. They completed the route in six-and-a-half days. Their ascent was the harbinger of a new standard on Denali and in the Alaska Range, the climbing of major faces and ridges alpine-style. The South Face was climbed twice after the 1976 ascent, by the Japanese in 1977, who made a new direct start to the American route, and by the Slovaks in 1980, between the American direct and the South Buttress. It was my intention to push the standards on the face one step farther…” He followed the route taken by Haston and Scott. 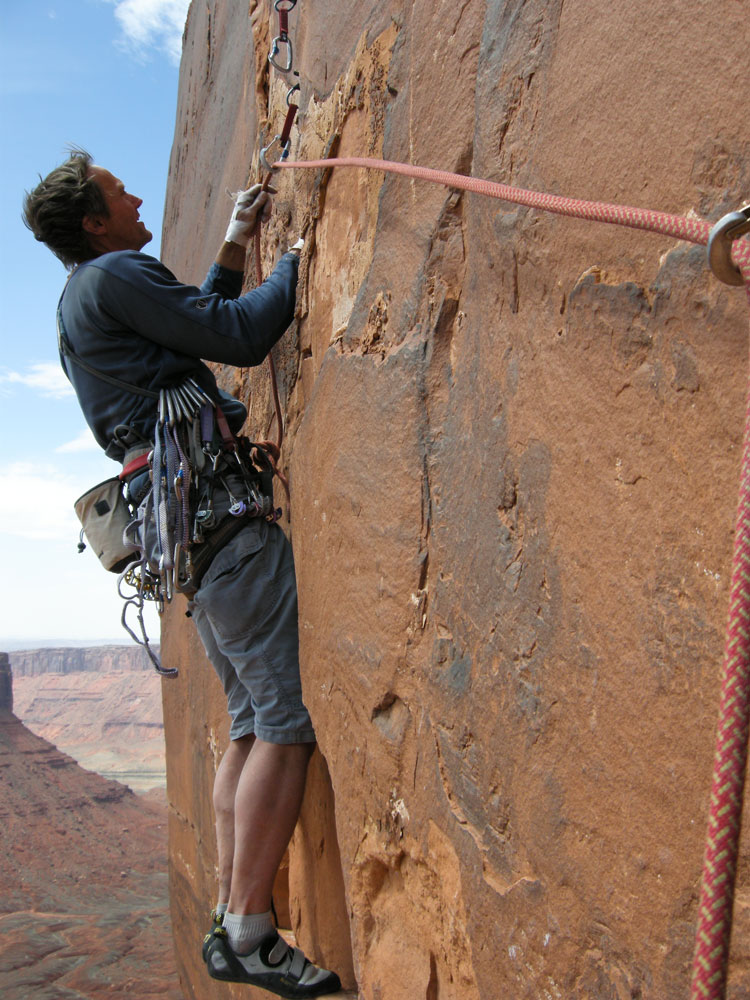 Four years later, in October, he was part of the committing alpine-style first ascent of the Northeast Buttress of Kangtega (22,251) in Nepal, climbing with Jay Smith, Craig Reason and Wally Teare up steepening terrain and difficult mixed ground in freezing temperature and with vanishing food supplies.

Devilstowerclimbing.com, crediting Hesse and Dan McClure for their famous route Tulgey Wood of 1972, states: “This route was … WAY ahead of its time. It was originally graded 5.9 (because nobody could climb 5.10), however numerous repeat ascents have confirmed the 5.10 rating …. The route is a True Tour-de-Force, with finger, liebacking, fist and off-width challenging sections.

“Tulgey Wood is not just a 3-Star Route, but a continuing tribute to the insight and determination of the first ascent party.”

with Jay Smith and John Catto, also Castle Valley, Utah, and, in 2001; The Way of Ignorance (VI 5.12), NW Buttress of Crow’s Head Spire in Canyonlands, Utah, with Catto.

Jim Donini posted on supertopo: “A truly great guy, he will be missed. Mark was a fixture with his trail building crews at Indian Creek. The approaches thru fragile desert would be a true mess but for his efforts. A sad day for the climbing community.” 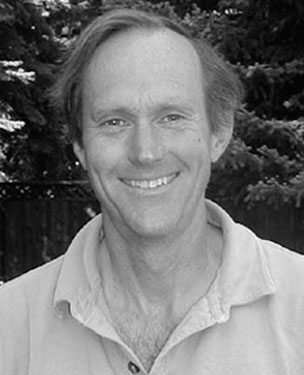