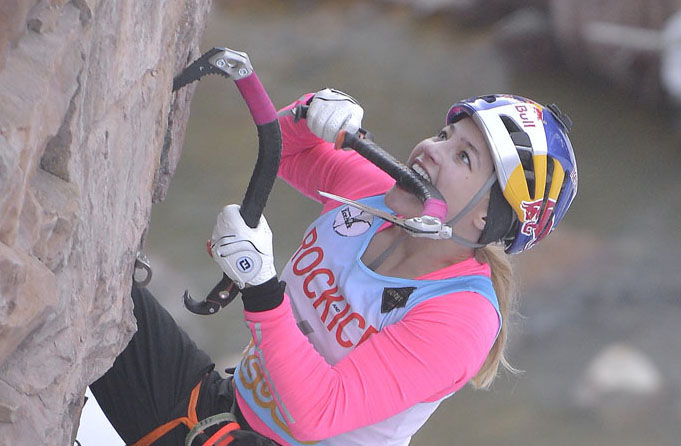 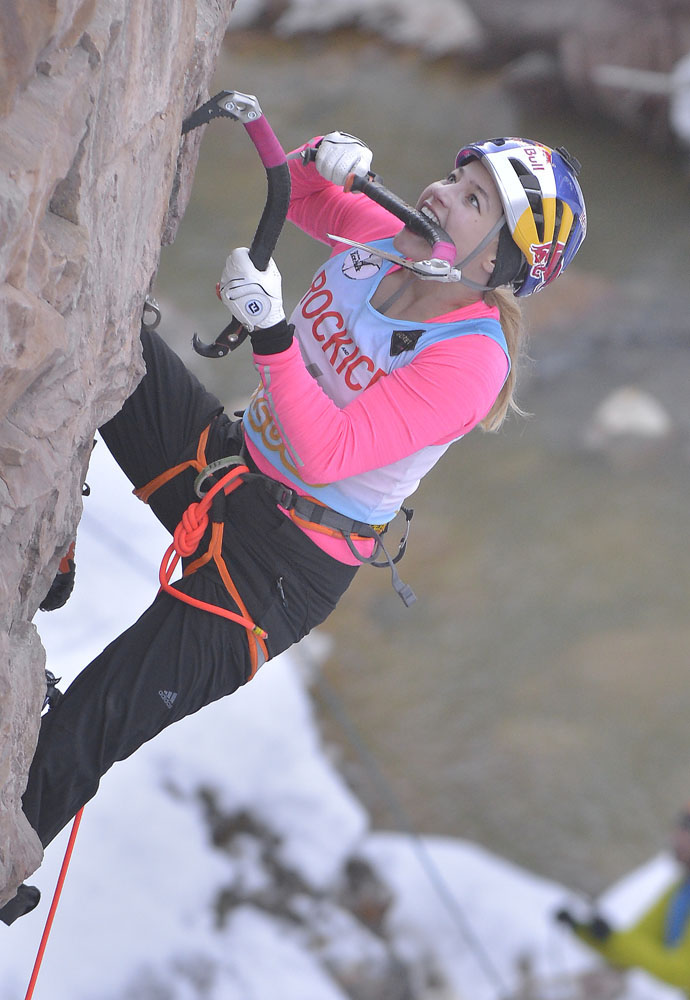 The Canadian Will Gadd, won the the Elite Mixed Climbing Competition at the 20th annual Ouray Ice Festival. Gadd, 47, said he entered the competition with no expectations, still recovering from freezing his feet and overuse injuries from last year’s ice season at Helmcken Falls in British Columbia. This year’s comp drew a strong field of 30 from all over the world with standout mixed climbing masters including Gadd, Ines Papert and Will Mayo competing against past winners  Sam Elias and Andres Marin in what proved to be a very close battle that was decided by mere inches and time.

Long-time Ice Fest Comp route designer Vince Anderson set a particularly devious course this year that started on the classic Mighty Aphrodite (M9) then continued up an artificial wall outfitted with three thin metal cracks coated with a rubbery compound used to line pickup truck beds. The climbing was supposed to approximate real mixed crack technique where climbers get their tools to stick by torqueing them sideways.

The crack section, nicknamed The Krampus after the anti-Santa who beats bad children, proved too difficult and no competitor topped out, or got close—many fell at roughly the same place while making the transition from the first to the second crack. Others fell on the first moves of the first crack, a micro crease meant for laybacking more than camming.

At one point I overheard Steve House, who’d previewed the route, describing the method required to climb the second crack. House explained that you needed to place your tool upside down and crank it to the right—some tricky beta that no one figured out.

Over the course of the seven-hour competition, The Krampus stymied the world’s best. Among those was  Sasha DiGiulian, the first American woman to climb 5.14d and who picked up mixed climb just a few weeks ago. She climbed well if slowly, chewing up her 12-minutes of allotted time before reaching the Krampus, and timed out. But all the competitors I talked to said they enjoyed themselves, and the fans, as usual, were wildly stoked to watch these talented men and women tangle with a truly difficult line.