Drew Ruana, a 15-year-old climber from Redmond, Washington, has clipped the chains on Just Do It (5.14c) in Smith Rock, Oregon, after just eight days of attempts. 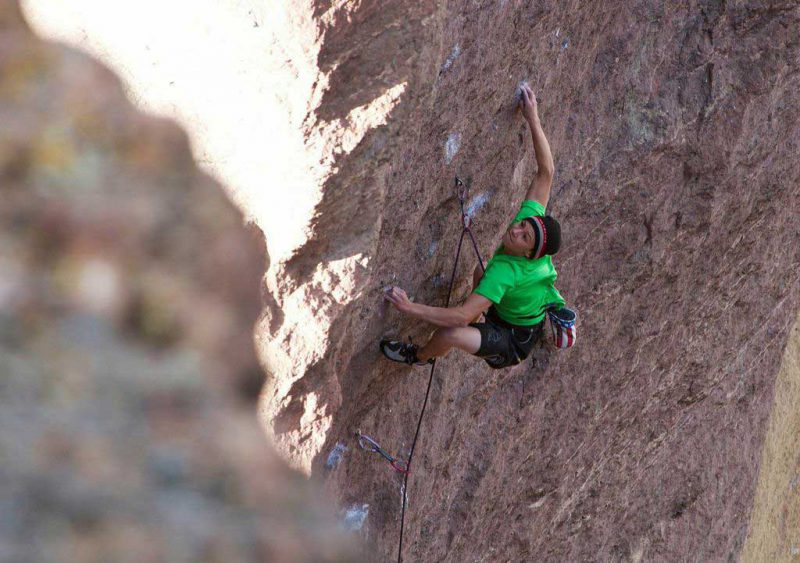 Drew Ruana, a 15-year-old climber from Redmond, Washington, has clipped the chains on Just Do It (5.14c) in Smith Rock, Oregon, after just eight days of attempts.

“Just Do It is the first 5.14c I’ve done,” Ruana told Rock and Ice. But he also notes that the route’s history intrigued him.

“Just Do It has a lot of historical significance in American sport climbing,” he says. “I figured, in the back of my mind, that it would be a super cool route to tick.”

Ruana made three trips to Smith Rock to try the route, which was the world’s hardest sport climb when Frenchman Jean-Baptiste Tribout established it in 1992. The 140-foot, 18-bolt power-endurance testpiece features “crimps and pockets with lots of feet” according to Ruana, who says the route fit his style.

“I knew I could try it and actually have success on it,” he says.

However, the sharp stone would shred Ruana’s skin after just one or two attempts, so the process of sending the route took time.

On the day of the send, Ruana says he had no expectations.

“I had tried it three times over the previous two days,” he says. “I had an empty mind; I thought I was going to fall all over it.”

But Ruana had the crux sequence memorized, so once he negotiated the difficult slab, he knew he had a “fighting chance.”

“Everything fell into place, but I still had to try hard on it,” he says. “There’s so many different places to mess up.”

Ruana told Rock and Ice that he started climbing at the age of three.

“Believe it or not, my parents actually met at Smith Rock,” he says.

Though he climbs at local areas near his home a fair amount, Ruana visits the volcanic tuff of Smith more than any other climbing area.

“I travel a fair bit,” he says. “I’ve gone to France for a month last summer and this summer to climb at Ceuse [where he climbed Slow Food 5.14a]. “I’ve been to Bishop, California, a couple times and I’ve been to Yosemite and the Red River Gorge once.”

Ruana also managed to climb 5.14a during his one trip to the Red River Gorge (sending God’s Own Stone), and he has bouldered V10 in Bishop. When it comes to the delicate style of Smith, however, Ruana shines, having cranked six 5.14a’s (including To Bolt or Not to Be) at the crag.

When asked what his goals for the future were, Ruana replied: