German wunderkind, Alex Megos, has polished off the third ascent of Lucid Dreaming (V15) in the Buttermilks of Bishop, California. 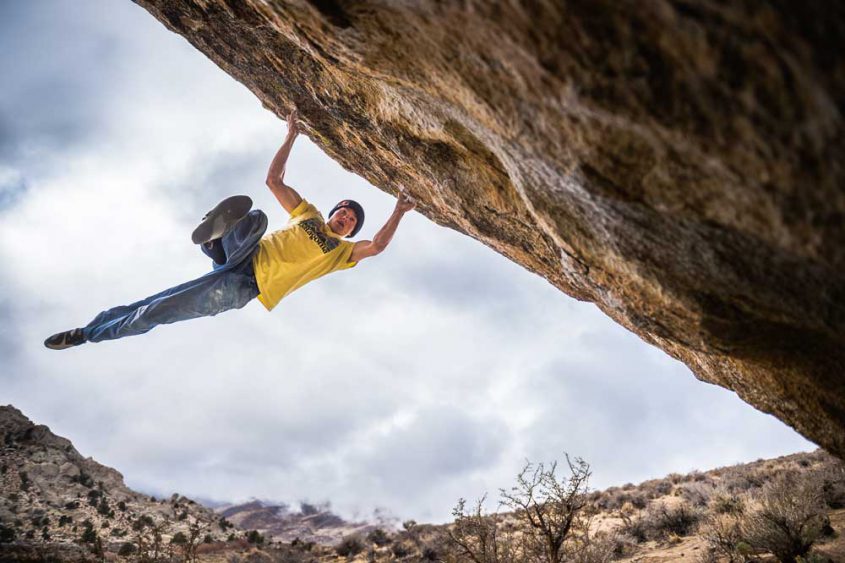 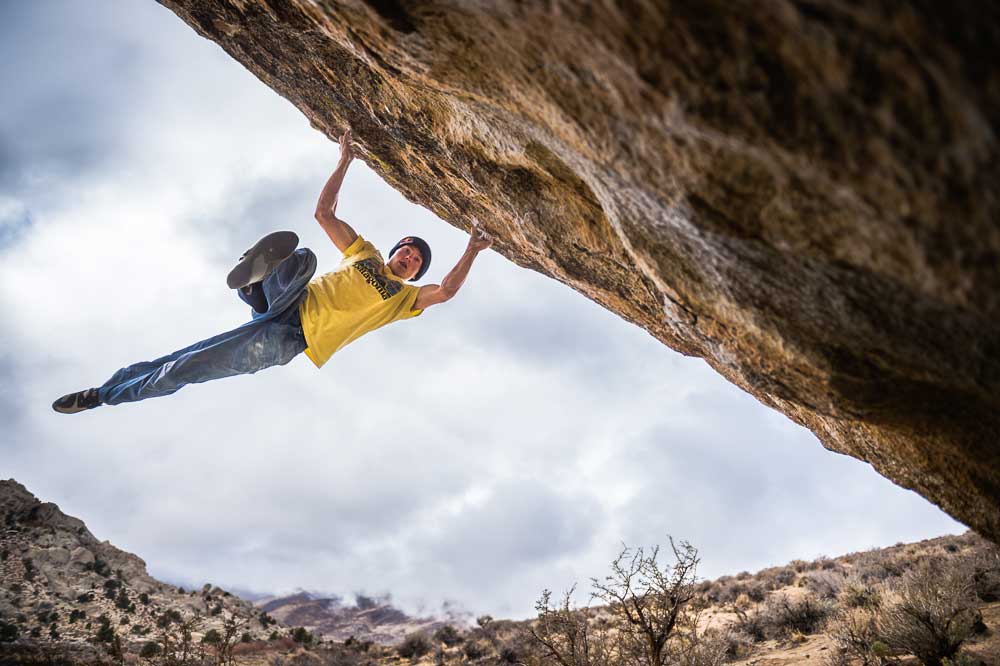 contributor Ken Etzel was on the scene to capture Megos’ send with his camera.

Megos had traveled to Bishop specifically to pit himself against the notoriously low-percentage moves of Lucid Dreaming. Battling with the problem’s sharp, granite holds, the 21-year-old German struggled with skin loss while projecting the line. However, after a few rest days, Megos pulled through the moves and topped out Lucid Dreaming this morning, according to Etzel. Etzel also notes that a little moisture helped create the perfect conditions.

“We finally got some moisture here in the Eastern Sierra and I think that really made the difference for the send,” says Etzel. “I’ve always called it ‘sticky wet’ when the holds are so slick, it takes a little moisture to create friction.”

However, the moisture made the topout a little spicy.

“The upper slab was exciting since it was wet, they threw him a chalk bag and brush to dry off the feet and away he went,” says Etzel. “This kids the real deal, not only an amazing athlete he’s a great person to spend time with.”

Established in 2010 by Paul Robinson, the problem was an often tried sit-start to Rastaman Vibration (V12) and initially speculated to be one the few V16’s in the world. However, Robinson eventually retracted his initial claim, stating: “When I first did this climb it felt so much harder than anything I had done in the past (Terremer [V15] Jade [V14], etc). Now that I have climbed so many more difficult boulders I have a real understanding for 8b+ [V14] and 8c [V15].”

Daniel Woods nabbed the second ascent of the problem last January and confirmed the V15 grade.