1st Pitch: In the afternoon, Tom Frost and I hike to the base of the wall and I nail the first pitch. Tom cleans while Chuck Pratt, Royal Robbins, and some friends pack up the food and water to the base. The first pitch is surprisingly easy but very steep.

We come down and have a campfire with our friends. The night is warm for late October, but I can’t sleep. This is the most nervous I’ve been before a climb. This wall is Royal’s idea; I’ve never even glassed the route and have no idea where it goes—if at all. These guys have been on two routes on El Cap. I haven’t and I’ve just gotten out of the Army and am not in great shape.

In the morning as the sun hits the top of the Wall of the Morning Light, I see a peregrine falcon all lit up by the sun go into a stoop above us and it disappears into the shadow. My God, I think, this is a metaphor for us blasting up to who knows what.

2nd Pitch: Tom methodically nails his way up, placing pitons in poor cracks. Looking down from the belay I watch the others below preparing the bags to haul up as soon as Tom and I move higher. A sharp tug on the rope tells me Tom has taken a small fall. A tiny flake has broken under his fifi hook.

3rd Pitch: Toughest nailing I’ve ever done. Absolutely vertical with badly bottoming cracks. Nearly every piton just barely goes in and has to be tied off. Others are nested two or three together looking like steel flowers. I take a small fall when a crack breaks off.

4th Pitch: Another difficult pitch for Tom. Ties off pitons by driving the hero loops into the cracks with the pitons, then ties into the loops thus avoiding any leverage at all. Very clever. We get to a small ledge at dusk. Royal and Chuck haul up the 200 pounds of gear in four duffel bags. The ledge is only sixteen inches wide and can only fit three so I hang my hammock above. Not a good setup. We eat salami, cheese, bread, and drink our allocated one and a half quarts of water each.

5th Pitch: Chuck and Royal’s turn to climb while Tom and I haul. Chuck free climbs to a large ceiling then nails under it to the right. It’s very warm and we are really thirsty and tired.

11th Pitch: I chimney behind a thick flake to Big Sur Ledge. It feels so cool in the chimney I hate to leave. Tom and I eat lunch and flake out on the ledge. It’s so hot you can’t touch the rock. It’s just too hot to climb. The ledge is covered with flicker feathers—peregrine meal. I feel fairly good today, but thirsty.

12th Pitch: After it cools off Tom leads up, places a bolt and we lower him down. He has to pendulum off to the left but it’s so steep he just hangs midair. We pull him in on the haul line then let him go. After two tries he grabs a handhold and slams in a piton and continues to nail up a six-inch expanding flake. Dangerous stuff. He places a bolt, rappels off and we pull him back in.

Pitches 13 to 15: Royal and Chuck continue to traverse left to the base of the black overhanging dihedral that we have been dreading. They return to Big Sur Ledge in the dark via an intricate system of fixed ropes. We pull them in from the void.

16th Pitch: Tom and I prusik up the fixed ropes, let ourselves down, then up again until we reach our mates’ high point in the dihedral. I lead up. Really scary up here. The wall itself overhangs and the dihedral leans out at a wild angle. The exposure is unbelievable.

17th Pitch: Tom does a fantastic job of nailing this dangerous pitch and makes it to the Great Roof. Pratt comes up and hangs a few feet below me and waits to haul. I clean the pitch in absolute darkness. I use only feel and the light of the occasional spark from the hammer. My fingers are swollen like little sausages, and my wrists ache from hammering. The Great Roof is a twenty-five-foot ceiling. The wall overhangs the base so much there’s not much probability of retreat from here. By midnight we have set up our hammocks one above the other.

Pitches 18 and 19: I open my eyes to the wildest sight imaginable. It looks like a tenement house on a work day: hammocks every which way, blue parkas, hauling ropes splayed out, shoes all hanging in a haphazard fashion from anchors.

A TV news helicopter flies by and later I learn we are on the nightly news where my parents discover for the first time that when I’ve been saying that I climb, it doesn’t mean hiking up hills.

There’s a semblance of a crack leading out under the roof and thankfully it’s Pratt’s turn to lead. We stay and belay from our hammocks and watch the ropes going farther out. The piton placements are bad. Mostly placed in a quartz band. We can’t see Chuck anymore, just hear him moaning. Royal really dreads following and has to replace a couple of pitons that have fallen out.

Tom and I are left to clean house, and we wait to go up and haul. When it’s time, we have to let ourselves out until the rope is vertical and then prusick up. We can hear Royal’s hammer beats transmitted through the rock. He is having a hard time on the next pitch. Looks like bad weather coming in.

20th Pitch: Royal has a wild look in his eyes. He is heading to the barn! He makes short work of a long pitch and he reaches a cave (Cyclops Eye) which is tucked under a big overhang. The rest of us go up in the dark.

Rained and snowed all night but we stayed dry in our cave. There’s a curtain of water falling twenty feet out from us.

23rd Pitch: Tom and I feel lousy today. Tired and running out of energy. Two meals a day of one square inch of salami, a tiny square of cheese, and a handful of gorp is just not enough. I deal with an expanding flake and a dangerous block that’s threatening to fall and crush everyone below. We retreat to the Cyclops where Royal and Chuck have had a rest day. It’s very cold. Rain and snow all night with blowing wind in all directions.

24th Pitch: Cold, dreary day with snow all over the rim on the Valley, twelve inches on top. Chuck leads a very difficult pitch over loose flakes.

25th Pitch: Getting dark, so Royal goes for it. He yells to tie in another rope, then another and stretches out the pitch to 200 feet. We all go up to the best bivouac spot yet. The Igloo is protected from the elements and has a flat sandy floor.

26th Pitch: It was a cold night but a fine bivouac. I mark that this is my fiftieth bivouac on a wall. Clear beautiful weather. We find a few branches and make a fire, brew tea, and eat the last of our food.

I lead up an easy free pitch. I feel great! We are going to make it. Tom says he feels like taking it easy today and just takes photos. But we all know he is just being good-hearted in letting us get to the top first.

27th Pitch: Royal takes his place and leads a difficult free and aid pitch. He puts in some bad placements to go over an arch, steps off a RURP to do a strenuous pull-up.

28th Pitch: Fourth class to a tree and third class to the top. I drop some ropes for the others and they follow up.

Excerpted from Some Stories: Lessons from the Edge of Business and Sport © 2019 by Yvon Chouinard. Reprinted with permission by Patagonia. 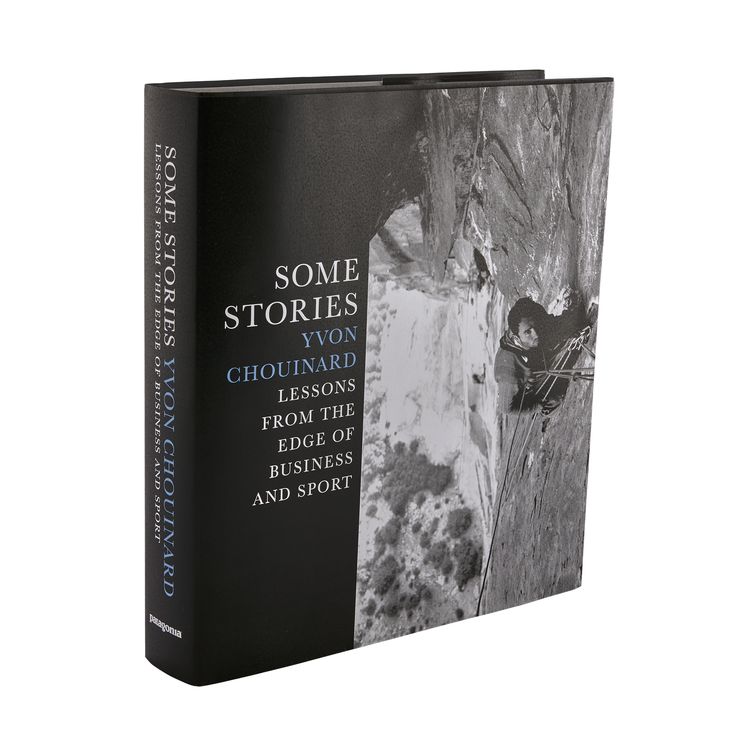 In 1957, Yvon Chouinard founded Chouinard Equipment for Alpinists. Chouinard went on to found outdoor clothing maker Patagonia in 1973. Chouinard learned early in his life as an alpinist, surfer, and fly fisherman the seriousness of the environmental crisis—and he made this the focus of his company. In the 1980s he instituted Patagonia’s Earth tax, pledging 1 percent of sales to the preservation and restoration of the natural environment. Since then Chouinard cofounded the Fair Labor Association, One Percent for the Planet, the Textile Exchange, the Conservation Alliance, and the Sustainable Apparel Coalition. In addition, Patagonia has been a B Corp member since 2012. Also in 2012, Patagonia started a food division, Patagonia Provisions. In 2007, Patagonia began publishing books. Yvon is the author or coauthor of Climbing Ice, Let My People Go Surfing (Penguin Press), The Responsible Company, and Simple Fly Fishing.

We have opted to use affiliate links in our book excerpt articles. Every time you buy something after clicking on links in these articles you’re helping support our magazine and the book authors. 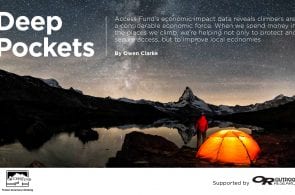 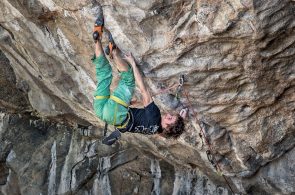 A definitive, searchable table of every 5.15 ever climbed—with route info, ascentionists and location. Read on below the table for in-depth analysis of the data. Enjoy! 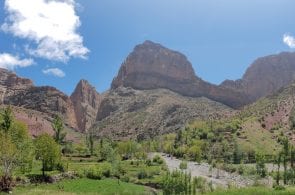 Klaas Willems has cystic fibrosis. Doctors gave him 25 years. He’s now 33. “Climbing is what got me this far,” he writes.

Do You Believe in Yourself?