The Approach Pitch: An Inside Scoop on a High School for Climbers
Inside Beta +

The Approach Pitch: An Inside Scoop on a High School for Climbers

Georgia Witchel is a former student at The Climbing Academy, a specialized high school program for climbers in which they travel the world to climb and train. Sweet deal? Without question. Vacation free of typical studies and teenage stress? Think again. 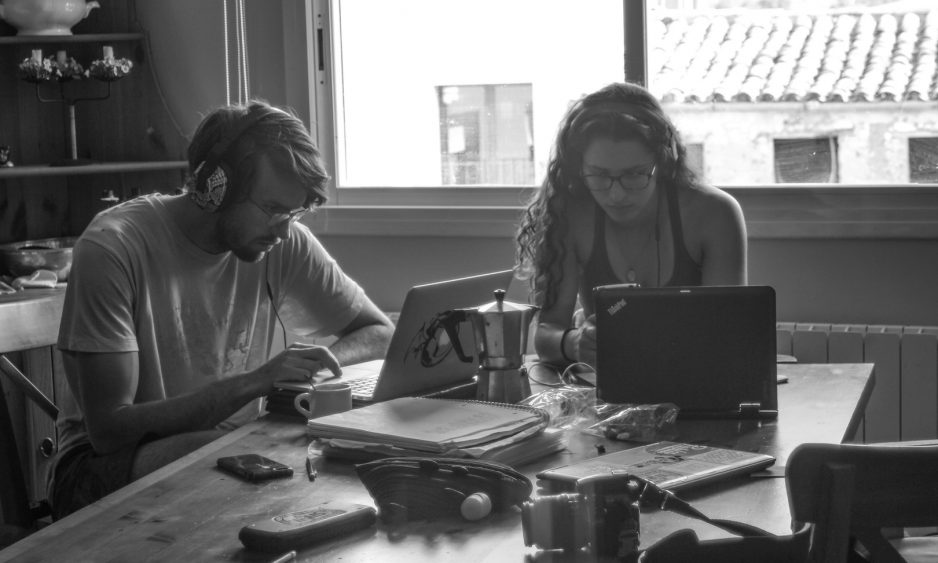 Riley Oogire, a student at The Climbing Academy, and Tom Smartt, a staff member, sneaking in a quick study sesh before heading to the crag for the day. Photo: Glenn Johnson.

“Aren’t you supposed to be in school right now?” That was the number one question that people asked me whenever they found a 16-year-old girl wrestling pebbles at 10:00 am on a Tuesday. By early December, three months into the semester, I had my elevator pitch pretty much dialed.

“I go to a travelling high school for climbers. We travel around the globe to world-class climbing locations four times a semester; we do a one-day-on-one-day-off rotation of climbing and school.” The number one response to my elevator pitch: “Where was this when I was growing up?”

It’s true, my generation is the first to have an alternative to a brick-and-mortar high school. This new idea of alternative education—whether it’s hackschooling, online learning, project based, or culturally immersive—is permeating the American education system faster than anyone can keep track of, and my generation gets to be the guinea pigs.

Spending a semester at a school specifically catering to climbers, I got asked many questions beyond that common one at the gym—which makes sense: ten years ago traveling athletic schools were almost completely unheard of. So here’s the extended cut to my elevator pitch. Let’s call it the approach pitch.

“Are the classes hard?”

With students spending half their week climbing, it’s easy to assume that The Climbing Academy (TCA) is just a school for kids who want to graduate high school, move into their vans and head off into dirtbag country. Even going into the program I had a similar expectation. Since I chose to attend for only one semester I told myself it would just be a short break; that I would focus on climbing, and when I came back I would spend winter break catching up on my classes.

I could not have been more wrong.

Not only are the classes rigorous, but they’re also immersive. When we wrapped up our first quarter in Spain I had to take a test to prove to the teacher that I knew how to conjugate Spanish verbs, but I also had a three-hour Spanish conversation with a 9-year-old Catalan girl, in which I said things like, “Why is your pet rabbit named Rainbow Candy?”

“How hard do you have to climb?”

Another common misconception about TCA is that you have to be one of the best youth climbers in the world to attend. One of the requirements for enrollment is that you have to have climbed both 5.12 and V4 indoors. It initially found an indoor requirement for an outdoor school strange. Any gym rat who has ventured outside of the hazy box that is a climbing gym knows that outdoor climbing is a different beast. Only after entering the program did I realize that the prerequisite wasn’t so much to measure skill, but rather level of commitment. After climbing for a semester alongside ten other kids whose climbing abilities ranged from 5.10 to 5.13d, I can personally attest that it’s not how hard you climb that motivates you to spend 20+ hours a week climbing, but whether or not you wish it was 30+ hours.

“What happens if you can’t climb?”

Only a few weeks into the program I took a nasty whip directly onto my back. I was lucky not to break anything, but after some X-rays, Advil and a week of icing it became clear that I would be spending the rest of the quarter off the rock. This terrified me. If I wasn’t going to climb why should I even be in the program? Like everyone else there I had built so much of my identity around climbing, and I didn’t take being stripped of it well. After a solid week of internal spiraling and panic the head coach pulled me aside and explained that the staff and program were not in place just to help me train, but to help me become a better athlete in general. Even if that meant that I had to spend the next three weeks cloud gazing.

Injuries at TCA were common, ranging from my roommate accidentally cutting the tip of her finger off with gardening shears, to my other roommate healing from a broken ankle just in time to tear her labrum. But the support everyone received and doled out was constant. Whether it was hauling a laptop and a full bag of popcorn up to the crag to watch the Pixar original film Sing in the pouring rain, or modifying the workouts to our respective injuries, the students and teachers alike were there to help us heal.

When you’re a teenager it doesn’t matter where you go to school: life is stressful. Trying to juggle athletics, friends, classes, extracurriculars, SATs, Driver’s Ed and more feels like trying to stack ten turtles on top of each other. Every time the tower tumbles you wince waiting for the sound of a cracked shell. Now take that tower and add to it 1) traveling to a foreign country that might split into two, and 2) leaving everyone and everything you know to spend the next part of your life with a program that’s only been around for two years.

The teachers and staff recognize this stress and have a system to help mitigate it. The program has a mentor system, in which each student is paired up with an adult who is meant to be the first line of communication. Within the first month, my mentor became one of my most trusted friends and confidantes.

Because the program is so new there’s virtually no information about it online. Even as I flew to Barcelona to meet my classmates for the first time I had no idea what the next four months would look like. I had no idea that, after returning home at the end of the semester, I actually would miss sleeping on a crash pad in a closet because it was the quietest place in the house, or having the head coach aggressively shove vegetables on everyone’s plate because he was tired of there always being leftover salad.

TCA’s students are asked to take a tyrannosaurus-sized leap of faith by embarking on this adventure. I’m certain that all my peers from TCA have completely different stories and 100% new perspectives even from my own. But that’s the best part. At TCA you’re presented with this vast untrodden forest of opportunity, with an adventure lurking behind every tree.

Exploring it wouldn’t be nearly as fun if you had a map.

Georgia Witchel currently lives and goes to school in Durango, Colorado. Whens she’s not busy getting into trouble she enjoys mixed climbing, all types of winter sports, and general adventuring. 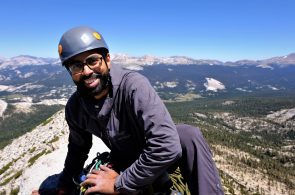 An excerpt from “Salat Al Zuhr”—an essay in Lucas Roman’s new collection Aperture Alike–—about Imam Ghazaly, the author’s old friend and a first-generation Indian navigating his relationship to climbing and Allah in the face of his Parkinson’s Disease. 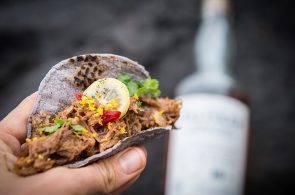 Kieran Creevy and Lisa Paarvio have some recipes to spice up your base camp, bivies and crag hangs. Here’s the second installment of High Cuisine: tasty local creations for the mountain athlete. 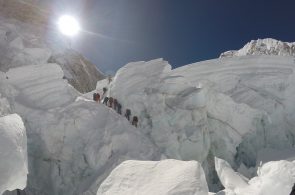