How to Choose Crampons - Rock and Ice 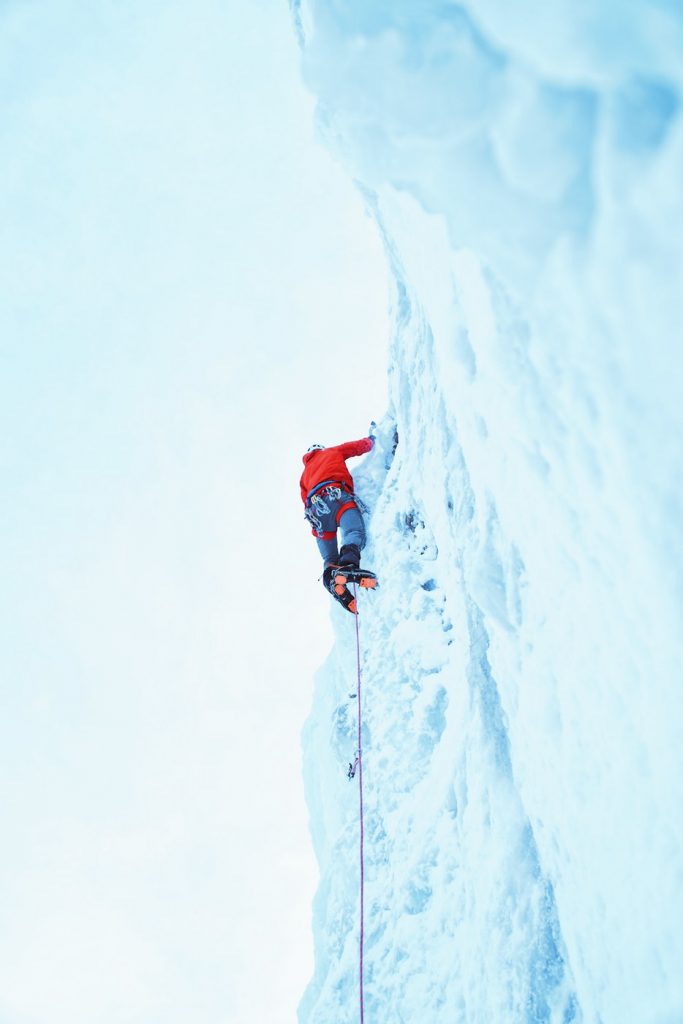 How to Choose Crampons

Flexible, or “hinged,” crampons are best for climbing snow and walking on glaciers. They are designed to flex with the boot, making walking more natural. If you plan on more hiking than technical climbing, flexible crampons will really shine. Of course, you will only be able to take advantage of flexible crampons if you have a flexible boot. Most ice-climbing boots, especially the more technical models, are very rigid. Still, most boots flex to some degree. Flexible crampons can be used on technical vertical ice, but only with a very rigid climbing boot, and even then they don’t climb as well as rigid crampons.

Rigid crampons are the most technical ones, and the model you will want for vertical ice and modern mixed, or essentially rock climbing in ice gear with the occasional patch of ice. They work for mountaineering and alpine purposes, though their stiffness will make walking more strenuous. However, your boot will likely be rigid, so it won’t really matter anyway. Rigid crampons are designed to provide a stable platform for you to stand on, reducing fatigue and increasing precision.

Three different methods attach crampon to boot: step-in, straps and hybrid. The attachment system you choose will depend on your boot. Boots with toe and heel welts are the most versatile, as they accept almost any crampon. Boots without welts are lighter, less technical models (but more comfortable to hike in), and will only accept crampons with straps, or perhaps hybrid models.

This is the easiest, most precise and fastest attachment system. A wire toe bail fits into the boot’s toe welt, and a heel cable or wire bale with a tension lever snaps into place on the heel welt. Typically, the crampon comes with an ankle strap that snugs the whole system down and prevents the heel lever from accidentally popping loose. Make sure your boot and crampon match perfectly—some crampons fit certain boots better. Step-in attachments are found on both flexible and rigid crampons, and nearly all technical crampons, or those meant for water ice and mixed, are step in because this system provides the most solid and wobble-free attachment.

IT IS CRITICAL THAT YOU TEST YOUR CRAMPONS ON YOUR BOOTS BEFORE YOU BUY. Unlike ski bindings which are universal and conform to the same DIN standard, crampon bindings vary drastically from one model or company to the other. Some crampons, due to their shape or height or thickness of the bail won’t work on some boots—they’ll pop off under the stress of frontpointing. This is a big problem that manufacturers are only now beginning to address; some offer different bails for different models of boots.

This system is a more complicated web of straps that wrap around your forefoot and ankle, securing the crampon. Straps are a versatile system that can fit nearly any boot, but are less reliable than step-ins and give the crampon a looser interface with the boot. Straps tend to loosen over time, and are slower to put on, especially if you are wearing big gloves or have cold fingers. Straps are often found on hinged crampons and never on high-performance models.

These crampons combine the rear tension lever of step-in crampons with a forefoot strap to create a relatively simple system of attachment. Because they don’t require a boot with a toe welt, these crampons are best used with lightweight mountaineering boots, such as those you might use on an alpine climb with mostly rock.

Point configurations and numbers vary, but traditionally crampons have 12 points, with 10 underfoot, and two front points that can be either vertically or horizontally oriented. There are also 10-point crampons, which are mostly reserved for basic snow travel and ski mountaineering, but not as useful for actual climbing, as the points are shorter and less durable. The shape and nature of your crampon’s front points are the most important aspects to consider.

Vertically oriented front points are stiff and sharp and mimic the action of an ice-tool pick. These points cut into ice like a hot knife into butter. They are more precise than horizontal points, and, because the points align with the grain of the ice, fracture it less. Vertically oriented points do slice through snow, and cause “balling” underfoot more than their counterparts, so are not ideal for general mountaineering. Crampons with vertically oriented points can come in both monopoint and dual-point models.

Horizontally oriented points really shine in alpine situations. They navigate snow much better than their vertical counterparts. Snow balling underfoot is also much less an issue. This setup is often found on flexible crampons for mountaineering purposes. Horizontal points can perform surprisingly well on vertical ice—for decades that’s all anyone had, and most classic pillars were first done in these—and edge on rock nearly as well, too. When the ice gets thin, brittle or just tricky, however, go with vertically oriented points.

Monopoints are best for mixed climbing, thin ice and anything technically difficult. They are extremely precise—they can stick to a patch of ice the size of a quarter, or a rock crystal smaller than a peppercorn. You can also stick a monopoint into a small pocket or crack, and in the groove between icicles. Another advantage, and one essential for dry tooling, is that a mono point lets you pivot your foot, allowing you to drop knee or shift your position without blowing off the hold.

Dual points are better suited for thick ice climbs and snow, where you need maximum bite in often soft conditions. Almost no one climbs water ice or mixed routes in vertical dual points anymore, while horizontal dual points remain the ticket for mountaineering.

Any technical crampon worth its salt will convert from vertical dual points, to a mono point, and will come with a pair of dual points. Great. Simply set up the mono point, and you already have a replacement point, which you’ll quickly need if you climb much on rock. If you climb often, say on weekends, and on mixed rock/ice routes, you’ll go through several pairs of front points a season.

Anti-balling or “antibott”plates are plastic or rubber shields that prevent the snowballing effect as snow bunches up underfoot, an extremely dangerous condition that can turn your crampons into mini bobsleds. Yikes! If you plan on climbing anywhere where the snow is wet, get anti-balling plates. Not all crampons have anti-balling plate attachments—do your research before deciding which to buy—while some models have these as standard equipment.