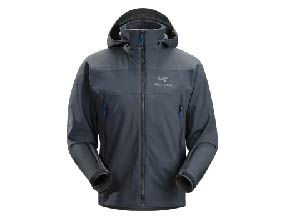 I’ve been a big fan of Gore Windstopper ever since I held a square swath of the material against a fan-generated blast of air. Its wind-blocking properties were surprisingly effective. 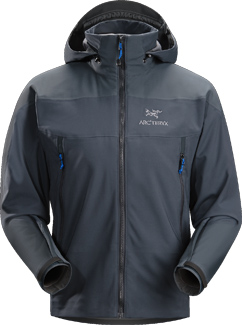 I’ve been a big fan of Gore Windstopper ever since I held a square swath of the material against a fan-generated blast of air. Its wind-blocking properties were surprisingly effective.

Arc’Teryx has taken Windstopper material in three different weights and stitched them together to make a bomber soft shell. At 23 ounces, the Venta SV Jacket is burly. However, in this day and age when gear is becoming lighter and less durable, and having ripped at least a dozen soft shells on everything from sharp limestone mixed routes to thorny bushes, I welcome the Venta SV’s weight.

I’ve used the Venta SV as my primary jacket on athletic mixed rock and ice routes, and though it performed well, I wished it could’ve stretched more. Now that it’s the warm season, I take the Venta SV with me into the summer alpine and also bring it to the sport crags and warm up in it. It provides perfect warmth and protection on cool, rainy days.

As far as I could tell, the Venta SV breathed as well as any soft shell (you only really notice these things when a piece performs poorly). My favorite feature was the soft fleece lining.