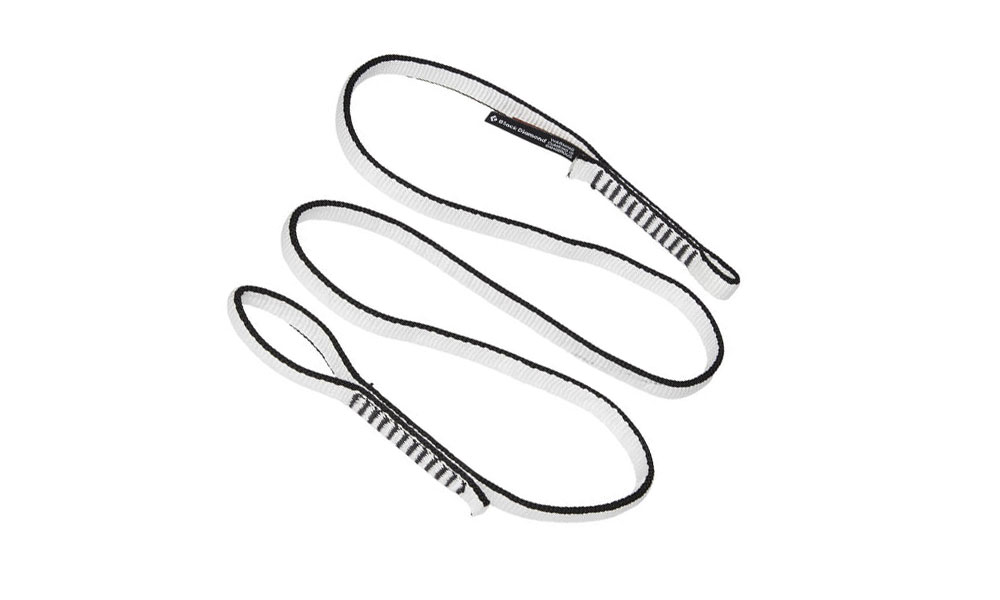 This thing will make your climbing life easier, we promise.

Rabbit Runners—single-strand runners sewn with two little closed loops on either end, rather than into one bigger closed loop—are nothing new. Nonetheless, for some reason you don’t see them all that much on peoples’ racks—mine included. Yet after over 50 pitches in the bag with Black Diamond’s new 13-millimeter Dynex Rabbit Runner, I’m thinking about changing my ways.

The logic behind the Rabbit Runner is simple: Rather than have a runner sewn into a loop— which, if racked over your shoulder, can prove inconvenient to get off on tough terrain; and, when racked on your harness, requires an extra couple of steps to extend—the Rabbit Runner has two small loops on each end. You rack it around your chest with either a single carabiner clipped to both loops, or a carabiner on each and then clipped to each other. The beauty of this is that to remove the Rabbit Runner, there’s no need to pull the sling over your head. You just unclip and yank.

This configuration also makes slinging features while ice or mixed climbing, and rigging up thread-throughs for protection on rock that much easier. You can use the Rabbit Runner as a single-strand runner (110-centimeters worth of extension), a normal closed-loop runner (55-centimeters worth of extension), or in any number of girth-hitch or basket-hitch configurations. (Worth noting: At 110-centimeters long, when used simply to extend a piece, you get far more extension than your run-of-the-mill 60-centimeter-long sling used in most alpine draws. The Rabbit Runner can essentially function as either a single- or a double-length runner.)

The two loops on the end of BD’s Rabbit Runner are different sizes, similar to how a quickdraw is set up: one loop is tighter, meant to hold the carabiner that you would clip the rope to, while the other is looser. Personally, I would prefer two looser loops—the tighter one just seems more of a hassle for racking and un-racking the runner than anything—but this is a minor note.

Slings clearly aren’t the place where major weight savings come from for a big rack, but still, that the Black Diamond Rabbit Runner is made of Dynex doesn’t hurt. It weighs just 35 grams.