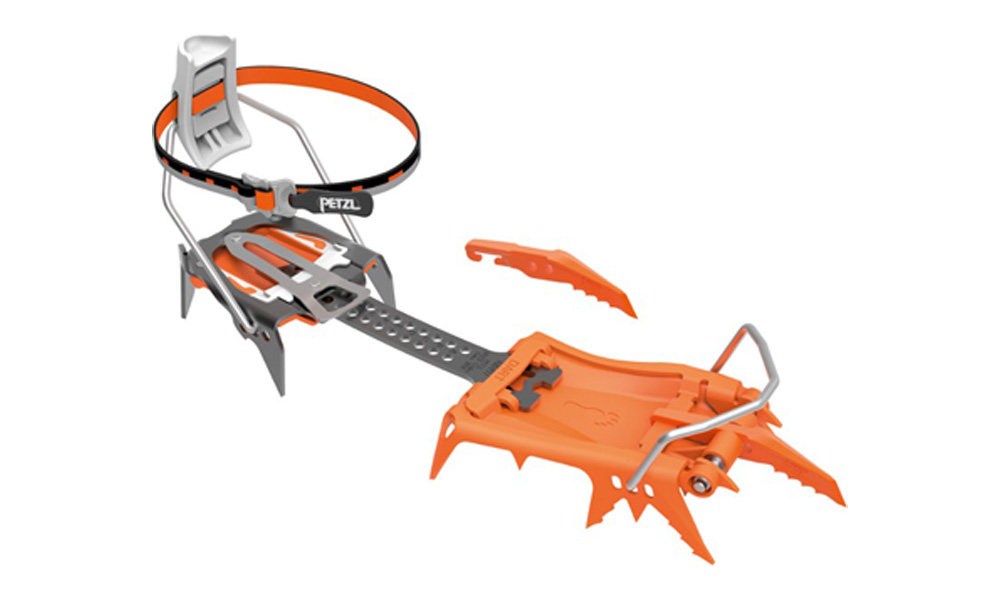 The modular options on the Petzl Dart Crampons mean they can mono- or dual-points.

Since the age of 4, I’ve been distrustful of interchangeable things. You should be too. Why? It’s never as easy in the commercial, and the stuff always breaks. Those arms on my Transformer robot that were supposed to be easily removable and interchangeable? They broke in 10 minutes and I’m still peeved about it.

When it comes to alpine gear, I’m even more distrustful—more parts equals more things to break. And so, when testing Petzl’s Dart crampons, which have interchangeable parts to go along with their Switch System, I was skeptical. Naturally, for the entirety of the ice season last year, I tried to break them, logging countless pitches on mixed, steep ice and slabby ice, and using the mono and dual points. Break them I couldn’t.

The Darts have at least five options (mono, dual, asymmetrical, etc.), which means I don’t need to lug around (or buy) two sets of crampons. Changing from mono to dual is straightforward—unscrew the front pin with an allen and small wrench, and try to not lose the small metal pieces in the snow. At home, there’s no risk, but when it’s -20 and snowing, ill-advised. The transition could take as long as three minutes, as short as one.

The Darts come with four Lynx front points, which have one adjustable option to lengthen or shorten their extension. Anti-snow plates come with the package. The heel lock mounting is nonadjustable and the thumb tab is a tad small: with bulky gloves it’s hard to release. The Dart mono protrudes slightly right of your big toe and straight out, which is ideal for all pure ice-related matters; but when you are getting real scratchy on the mixed, I prefer a slight angle.

At $249.95, it’s a no brainer, because, remember, you’re getting two pairs of crampons (mono and dual). Overall, what shines in this new offering by Petzl isn’t so much a product as much as the thoughtful design—their Switch System—that went into unifying their components. It will be hard to go back to two sets of crampons, that’s for sure. The Petzl Dart crampons are a game changer.