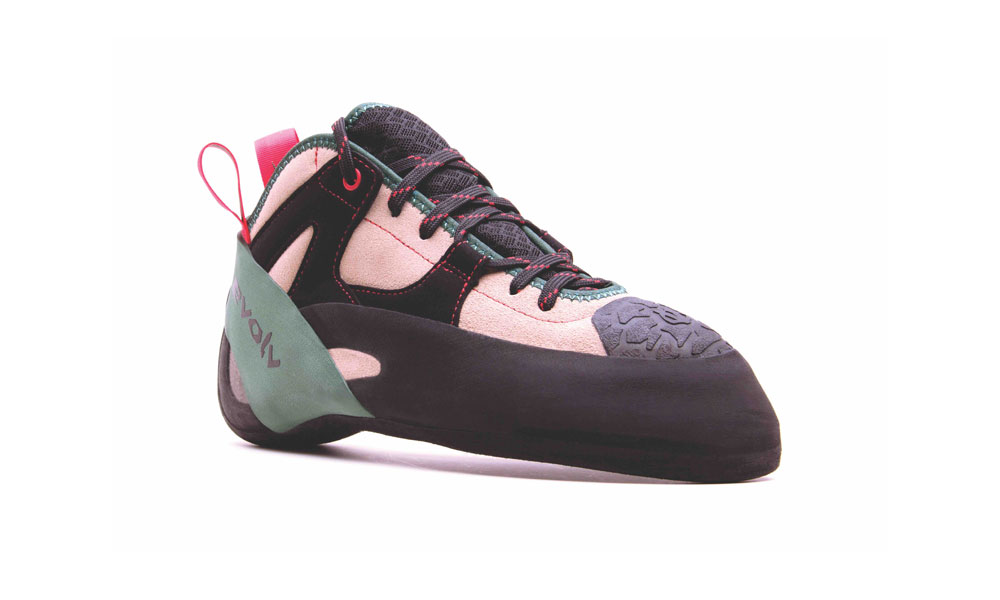 Great comfort and performance from a more recent entry into the market of high-end trad shoes.

When I heard of Evolv’s new shoe, “The General,” I wondered whether the name referred to its dominance over other shoes or its ability to do a bit of everything, as in “general purpose.” Turns out the shoe was named after Kurt “The General” Smith, its designer and a Yosemite crusher of yore.

The General is built on the same last as the Evolv Supra—a classicly, if not overly aggressive, downturned shoe that excels in technical face climbing. The shape already puts The General in fairly unusual territory for a high-top trad shoe. But the slight camber, combined with a super-stiff sole, works wonders. Aiding edging is the shoe’s slingshot-style heel rand, which wraps all the way around your foot and helps power up your toes. The General edges phenomenally, and the firmness through the sole made standing on dime edges in the Black Canyon for an entire day a non-issue.

High-performance shoes, even trad ones, are often uncomfortable—digging into your ankle here, pinching your little toe there. But The Generals had no such shortcomings for me. They just about cover the ankle bone, providing welcome coverage in cracks. Padding on the inside of this pseudo high-top only adds to the comfort.

I’m a fan of Evolv’s super-sticky Trax Rubber, and this is The General’s rubber. The rand uses Evolv’s proprietary “Variable Thickness,” so the areas where you’re likely to wear through first are reinforced to last longer.

I sized The General up a half size from my street shoe. This was a good day-long fit for me, but I could see going up a full size for even more comfort… maybe even wearing socks. While this boot isn’t cheap at $170, it’s in the same ballpark as other high-end trad shoes.