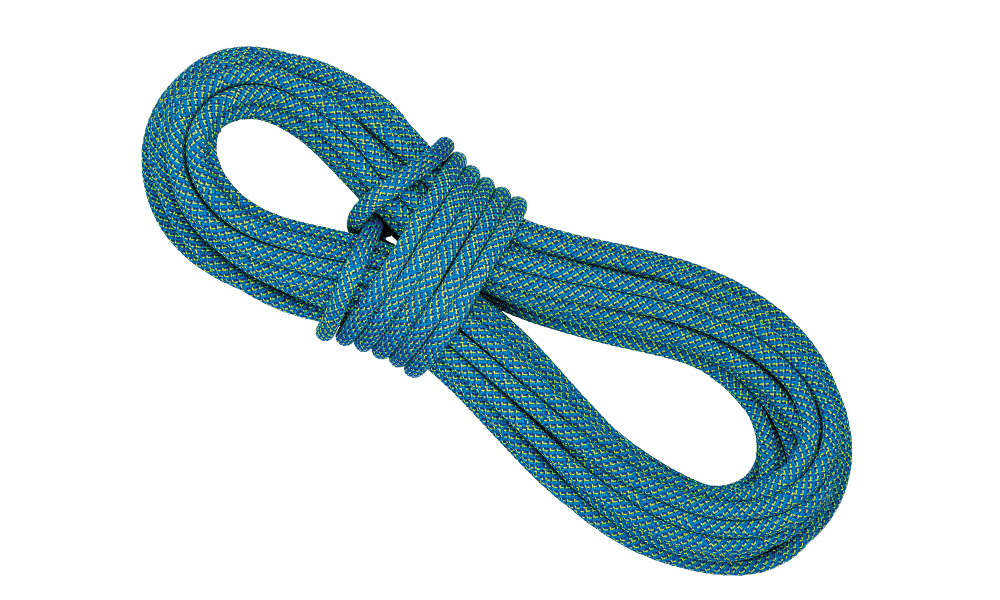 There’s no need to wear a tuxedo to the office (particularly if you’re working from home), but you don’t want to show up in a ratty t-shirt either. That’s kind of how it works with climbing ropes, too. You usually don’t need the fanciest rope on the market, but you don’t just want a fat 10.2 millimeter cord. You want something that’s performance-oriented with a little pizzazz, something you can dress up or down: You want the Hawaiian shirt of ropes. The Quest, a new 9.6 mm rope from Sterling, is just that. You can take it on multipitch trad climbs or use it sport cragging over and over, and it’ll hold up.

The Quest 9.6 is a newer version of Sterling’s Velocity 9.8. While both are billed as “workhorse” ropes and designed to withstand the wear and tear or frequent use, the Quest ups the ante with slightly lower-diameter core—achieved through a different twist and heat treatment of the core strands—that make the cord thinner overall. The weight savings are minimal. At about 9.25 pounds the Quest is roughly a third of a pound lighter than the Velocity.

The Quest was noticeably more supple right out of the package than Sterling’s Ion R 9.4, one of the company’s highest performance and lightest ropes that I used much of last year. The Quest stayed flexible as I broke it in, without ever getting undesirably soft.

I’ve usually thought of my workhorse rope as a 9.8 because of the durability offered by a fatter rope, but also because of how well it handles. The Quest 9.6 is still right in that sweet spot for me. It works with any standard belay device, and compared to supermodel-skinny 8.6-mm- and lower-diameter ropes, it’s easy to grab and manipulate. The sheath glides smoothly without feeling slippery in your hand. Also, despite being slimmer than the Velocity, the Quest is rated for eight UIAA falls versus the Velocity’s six. The likelihood of taking eight falls that generate the kind of forces created in UIAA tests (approaching factor-2 realm) is remote to impossible, but it’s nice to know the Quest is as robust as it is.

At this point, I’ve taken generous whips on the Quest, used it on sharp limestone and in super dusty, sandy conditions, and it still hasn’t softened anywhere or fuzzed up. My one complaint is that the little plastic caps fell off and the cauterized parts of the sheath at each end have cracked so that the core is threatening to wiggle out.

At $256 for a 70-meter standard Quest ($220 for the 60-meter standard; 70-meter dry-treated version available for $300), the rope is reasonably priced. Just like your Hawaiian shirt, the Quest looks good and feels good. Whether you pair it with your trad rack or with quickdraws, it’s a solid option.