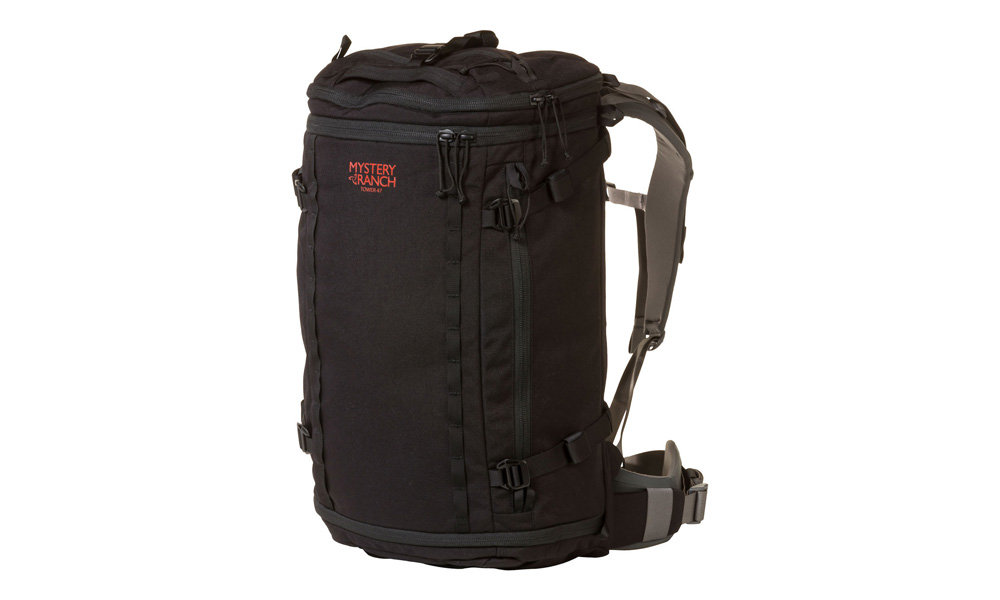 The Mystery Ranch Tower 47 pack provides compartments for organizing all your gear. Open it up and splay it out.

I pawed among the things in my pack. But!—I hadn’t. I just, in half an instant, forgot—they were in their own nifty mesh compartment in the Mystery Ranch Tower 47.

After one or two false alarms since, I am used to that. It’s a new world order.

I tend to put a lot in my pack, partly because I get cold a lot and bring extra clothing, and my pack has always tended toward chaos. Yet, while the Tower 47 also works as a top loader, in a fantastic stroke it opens out for easy access to an ingenious array of pockets for orderly stowing of your climbing shoes, harness and other items. A wide U-shaped zipper means you can lay the pack down and “splay”—as the manufacturer says—it at the base of the crag for an easy staging surface. This open containment is especially handy at one or two places I go where the ground slopes away from the base, and water bottles or helmets can roll away. Then at the end of the day, with dusk arriving, if you just want to get out of there quickly, you can still throw everything down into the pack via the top.

With a compression-molded back panel, the pack is a great, extremely comfortable carry. I have sometimes loaded my packs unevenly and carelessly strapped them down, a user error the wide round-top design also helps prevent.

The pack is a little heavy compared to others, but the fabric is thick and durable, and I just go cragging and don’t need to shave ounces. My sole criticism is that I’d like a slightly larger top-flap pocket (I can fit the usual sandwich box in, but it can be tight with hat or Buff habitually in there), and I like a separate interior pocket for keys or phone. 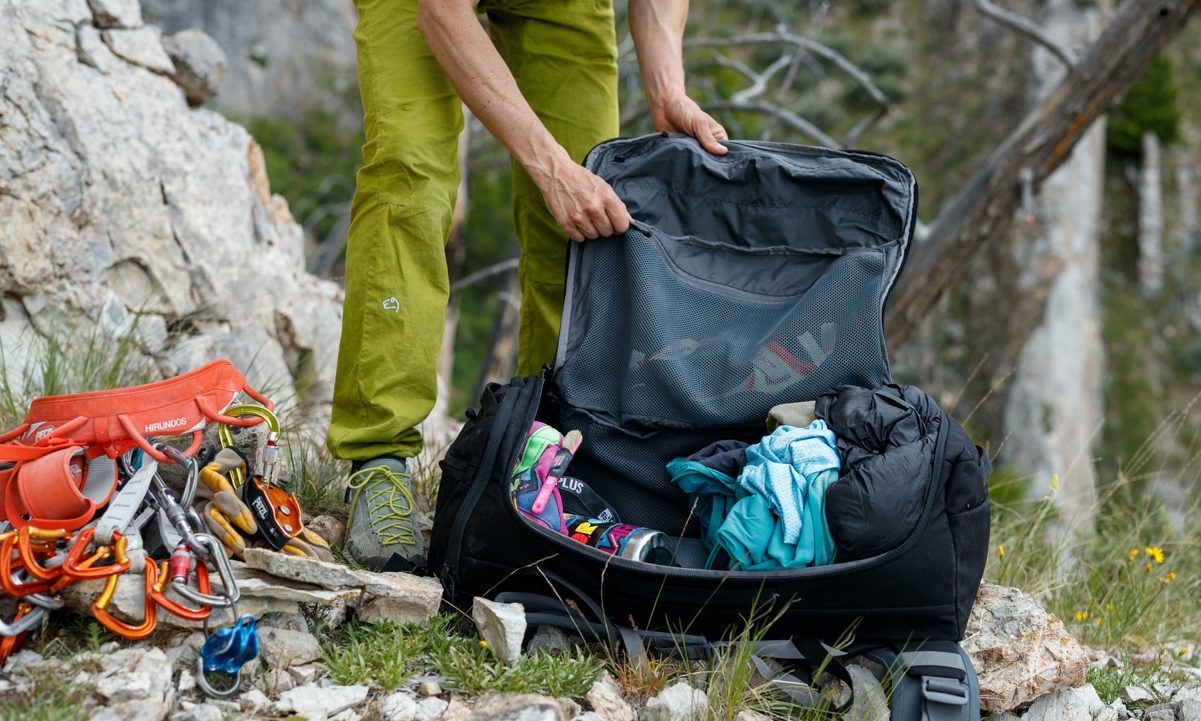 A minor but favorite aspect are the two gear loops within, strategically placed up top. Moving from route to route, I have often kept belay device, gloves and locker on the outside of a pack, a doofy arrangement, but it saves on pawing around, over and over (and under the pack, and under the parka), for these items. Now I can just drop them into the gear loops and find them without holding up the show.

The pack weighs 4.4 lbs, and is 24″x14″x11.” It is pricey, but midrange for a company that also makes high-end backpacks. Mystery Ranch is a small, homey company in Bozeman that last year celebrated its 20th anniversary. Climber-founded, the company moved from climbing gear to producing for the military, firefighters and others, but has of late circled back to its climbing roots.