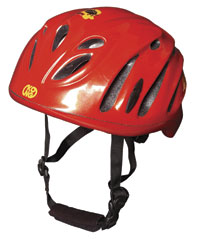 My friend James, an Alaskan native who flips trucks like pancakes, dragged me out to Utah’s fearsome Fisher Towers for a “real Western adventure,” as he calls anything muddy, loose and dangerous. In tow, I brought Kong’s Scarab Helmet, a featherweight, super-comfortable brain bucket, and the Yates/Bluewater Slimline Elite, a new 10.8mm skinny “wall rope” that exudes both suppleness and burl. James, true to form, brought a five-year-old static with three core shots, triples of off-brand cams and other ratty aid accoutrements for our skirmish with Echo Tower’s classic Phantom Sprint (IV 5.9 A3).

The Slimline Elite, which we used as our lead rope, mimics a concept borrowed from women’s fashion: conceal bulk under a trim façade. The 10.8mm, which weighs roughly 10 pounds for the 60 meter length (78 grams per meter, and just 65 grams per meter for the 10.3mm size), felt much like a sport rope. It fed smoothly through a Grigri, tied tight, clean knots and was heaven to jug. I didn’t once worry that Echo Tower’s falling rocks and sharp edges could destroy the cord. The rope’s secret is a bulked-up sheath. Over 40 percent of the rope’s nylon comprises the sheath, which drastically extends the rope life and its resistance to cutting. I borrowed James’ antique jugs, which he must’ve picked up at a novelty Kevorkian climbing shop. Their croc-like teeth bit into the Slimline Elite’s sheath, but nary a strand was worse for the wear.

The Slimline Elite would be an excellent choice for big-wall rats and grade IV tradsters. Go with the 10.8mm size if you want the extra bulk and security for jugging; use the 10.3mm when weight is more important, e.g. on long day routes where the second may be jugging for speed. Options include 60- or 70-meter lengths, and Blue Water’s proven Double Dry treatment. yates.com; bluewaterropes.com.

On that same dirtfest, I had to endure the incessant, spindrift-like rockfall that rained upon my head as James tried to French free A3. Thanks to Kong’s Scarab Helmet, the most expensive lid on the market, I barely noticed the pummeling. I just smiled as tangerine-sized rocks pinged off my helmet. The Scarab’s most impressive feature is its 10-ounce weight—you literally don’t notice that you’re wearing a helmet. The polysytrene shell, a la a bike helmet (and, in fact, is the only climbing helmet on the market also certified for bike and kayak use), is cut with 21 gills for ventilation. My favorite feature was the padding on the inside of the helmet and on the chinstrap. I amused myself by banging on the Scarab with my fist and feeling nothing but pillow softness on my dome. Also, adjusting the helmet is simply a matter of diddling a little push-and-spin wheel on a rear strap.

Atop Echo Tower’s exposed ridge summit, I found some dents in the Scarab’s exterior. The foam was completely intact, however, proving the helmet could take a fairly serious battering. The real test of any helmet, of course, is whether you will always tote and wear it—common excuses for not doing so include extra weight, the dork factor and lack of comfort. The Scarab invalidates such lame thinking.

This helmet got a low rating because there are numerous similar helmets that cost about $50 less.