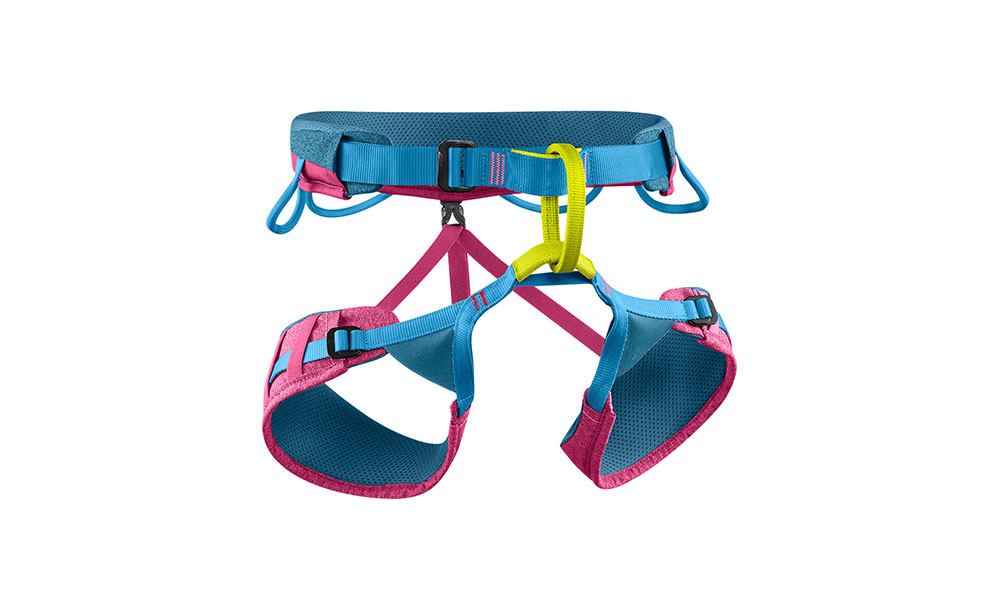 The Edelrid Jayne and Jay III are all-around harnesses, for all seasons

BEST FOR: All-around use

“You need a smaller harness,” my friend said on Saturday, as I reefed the Jayne III harness belt rightwards.

“Nope. That’s what I thought at first, too.” In fact, the whole belt moves: Within the waist belt on the Edelrid Jayne III is a waist belt, if you know what I mean. The mesh waist padding around the belt is moveable, though in practice it may feel like the other way around. You can shift the interior waist belt to the left and cinch the circumference in by pulling the strap end again, and then adjust the whole thing back and forth to center the tie-in points.

Beyond that, I was almost hard-pressed to describe this harness. I have been wearing it for several months and haven’t paid it much mind—which is a good thing. I wear it, it works, and it’s comfortable, non-binding and super adjustable every which way, i.e. in the leg loops as well. It is a rock solid all-arounder with a friendly price point of $59.95.

The Jayne is the women’s version; the Jay, the men’s. In this update from the Jayne 2 to the Jayne 3, the tie-in point remains reinforced but no longer with plastic. According to the manufacturer, the belay loop and tie-in points have embedded red indicator fibers to tell you when it’s time for a new harness (I have not yet seen the fibers, but the website video shows them). So worth it, hello.

Probably the biggest update, again per Edelrid, is that the Jay/Jayne 3 harnesses are all bluesign products, aligned with the company’s sustainability efforts. Christopher Terrell, a rep for Edelrid, says the process “involves 89% less water, 62% less carbon emissions, 63% less energy, and 63% less chemicals in the process of dyeing the textiles.”

Minor changes include nice embroidered logos instead of tags, and four full-strength bar-tacked gear loops, all part of one continuous loop. Other features are two ice-screw attachments, a chalk-bag loop, and elasticized connector sections where the leg loops meet the bridge straps.

Says Terrell, “The Jay/Jayne 3 becoming a bluesign product is definitely the biggest update and is what we’re beyond excited about. … [O]ur sustainability story is growing bigger than ever.”