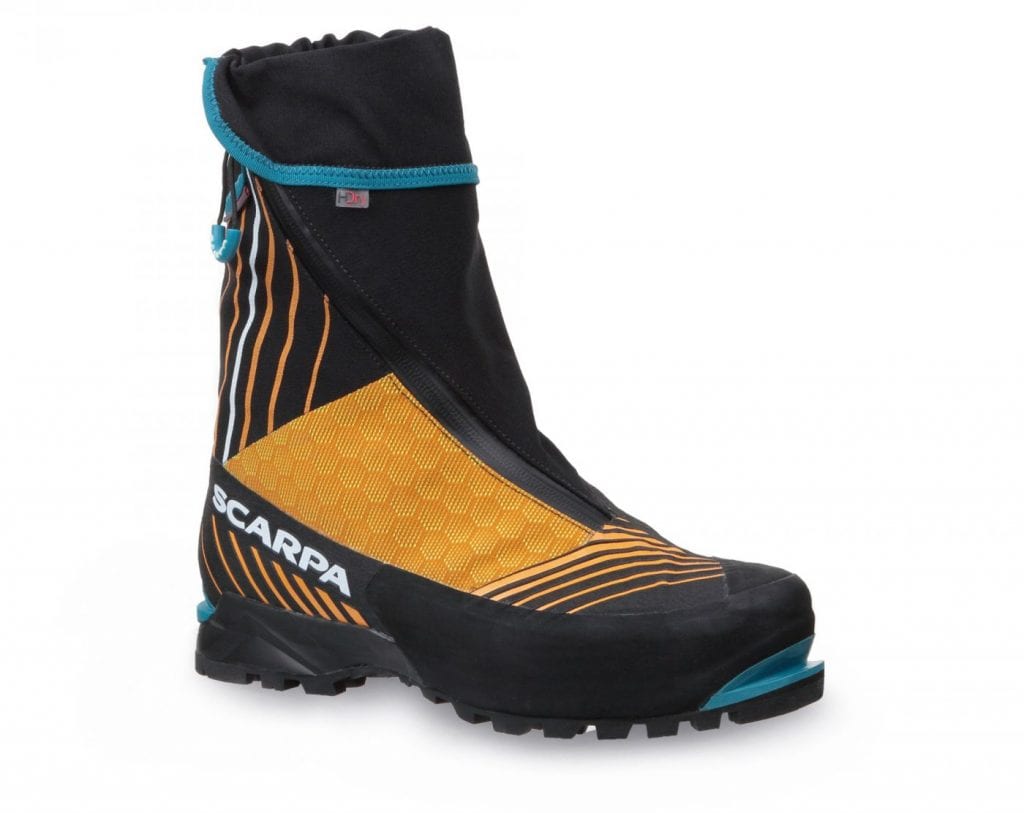 All the things that made the Phantom Tech’s ancestor a favorite among ice and mixed climbers remain, while the improvements to the new version elevate it to new levels of technical mastery.

Due to a mix up on my part, for the first few months that I thought I was climbing in the newly updated Phantom Tech, Scarpa’s flagship technical ice and mixed boot, I was, in fact, climbing in the older version. I thought it was strange that the new design wouldn’t look any different than the old one, but assumed the updates were structural, functional, invisible. After many pitches of ice, I was impressed—this boot was good! And then I went to write the review, looked up a picture of the new Phantom Tech and realized I had been climbing in the older model. Doh! So I got into a pair of the new boots and went through the whole testing process again.

I wore the new Phantom Techs for long days on vertical ice, shorter days at a local dry-tooling crag, and everything in between. Like I said, I thought the old Phantom Techs were already pretty good. The new ones are great.

The main changes Scarpa made have to do with weight and comfort.

First, weight. By shuffling around some of the materials here and there, the new Phantom Techs are 100 grams lighter per boot, weighing 730 grams each underfoot. The materials are still top of the line: a carbon fiber insole, a Primaloft Silver lining, Vibram rubber on the outsole, and a couple materials with acronym-laden names that don’t mean anything to any of us anyway. Suffice to say those acronym-ed materials are waterproofed and keep moisture squarely outside of the boot. 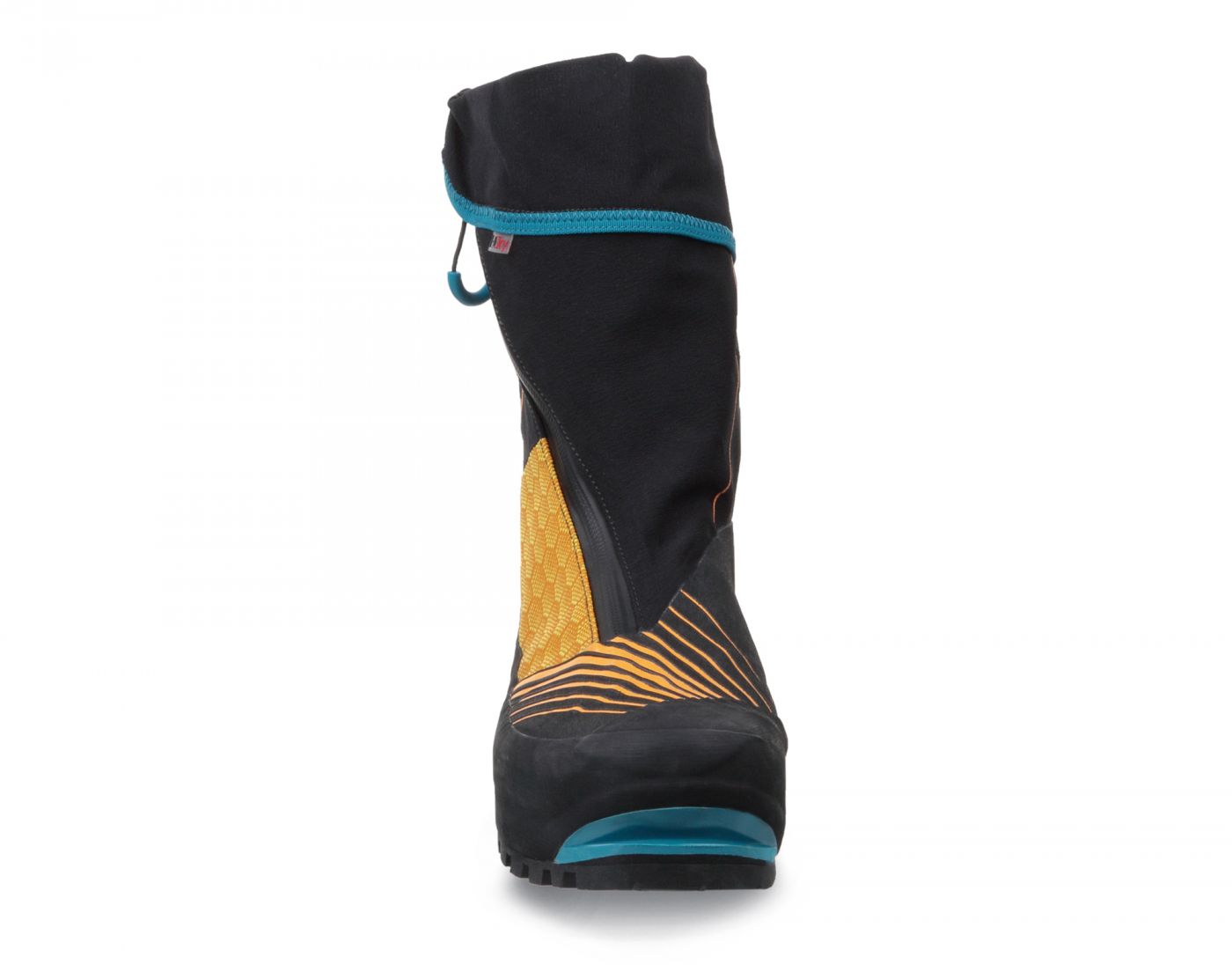 Next, Scarpa tinkered with the actual structure of the boot. The new Phantom Techs are built on a different last (ARC) than the old ones (NAG). The ARC last is a more recent iteration of the ARG last, originally designed for the Ribelle, a lightweight boot for moving fasting in alpine terrain designed for Ueli Steck before his death. This last, combined with a new curved outsole, make the new Phantom Tech a weapon on approaches: you can cruise smoothly and efficiently and your feet stay happy the whole while. The curved outsole—a “rocker” profile; think of a rocking chair—in particular helps with ergonomics and moving faster.

The great part about this switch is that the boot loses nothing in climbing ability—I still felt solid and stable climbing ice all day long.

The other changes to the new version are smaller, but no less appreciated. In the old model, the inner boot had laces like dental floss—skinny, difficult to handle with gloves—with an unwieldy quick-lace pull-tab halfway up that I never completely got the hang of, despite the dozens and dozens of times I took them on and off. The new Phantom Techs have thicker laces that don’t demand such super-fine dexterity, so if you’re lacing up in a cold tent or a cold parking lot, you can keep your gloves on. And, even better, that little quick-lace pull-tab is gone—lacing the boots to your preferred tightness is more straightforward and easier.

Last but not least: The old Phantom Tech had a radical-looking spiral zipper for closing the built-in waterproof gaiter. The zipper path started along the laces and wrapped behind your ankle before coming back to the front. There was nothing overly problematic about it, but it seemed unnecessary and over-designed and was annoying more than anything. The new Phantom Tech preserves the same type of gaiter and waterproof zipper, but does away with the spiral. Now, instead, the zipper starts over the laces, and bends just a quarter of the way around your leg to finish on the outside of the ankle. The zipper’s pull loop is still out of the way of your kick and vision, and the zipper path means the gaiter bends and stretches without bubbling up in weird ways, but that dizzying spiral is gone!

The new Phantom Tech’s drawbacks are few. I thought they were a smidge less warm than their predecessors, but to such a minor extent that the weight savings and comfort were worth that sacrifice. Additionally, while the spiral zipper has been improved, the actual zipper pull-loop could still use some work. It was a notorious weakness of the last version—the pull loop would break if you yarded too hard on a snagged zipper—and has carried over into the new boot as well. It seems the hope is that the simpler path of the zipper will cut down on snags, therefore making broken pull-loops will less likely as well.

These are minor gripes though. This new boot has been on my foot all winter long, will remain on it through the spring, and if any ice hangs around in the high country for the summer I might just prolong ice season so I can keep wearing it. At $699, it’s the same price as the former version. All the things that made the Phantom Tech’s ancestor a favorite among ice and mixed climbers remain, while the improvements to the new version elevate it to new levels of technical mastery.