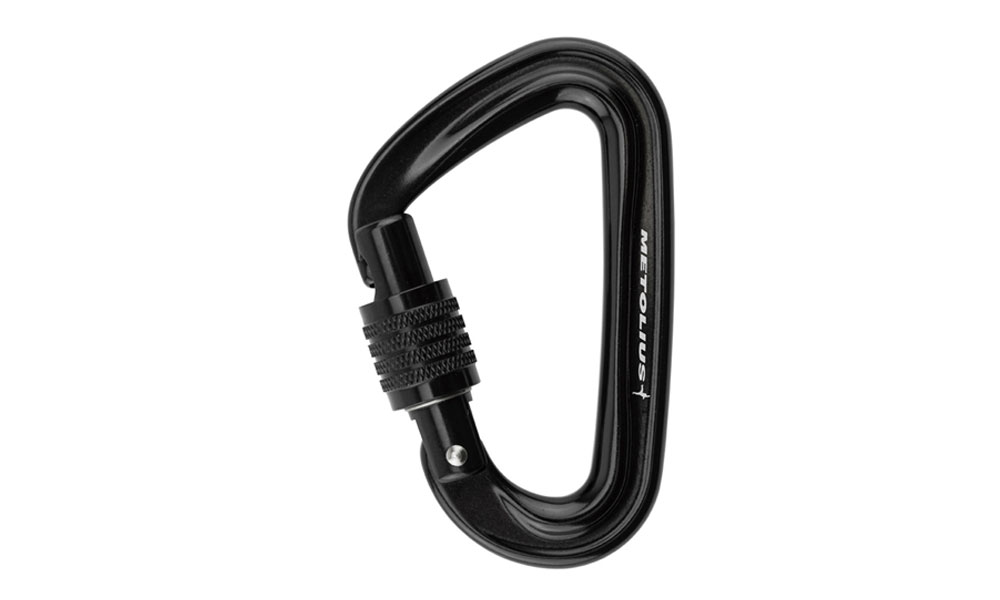 A biner that can hold up to the corrosive effects of salt water, in addition to normal wear and tear.

BEST FOR: Climbing near the ocean

It can be easy to take for granted the idea that out climbing gear is going to keep us safe no matter what. But there are some unforeseen dangers to our gear (and by extension us) that many of us might be unaware of, one of the reasons a piece of gear like Metolius’ Corrosion Resistant (CR) Aluminum Carabiner is good to know about. Consider climbing on the beaches of Thailand. Awesome tufas. Beautiful views. And salty ocean water and air that can insidiously corrode metals in ghastly ways. The Metolius CR Carabiner— constructed from 6066 aluminum, which is less susceptible to corrosion than standard aluminum used in other climbing gear—means just one less nightmare scenario to fret about.

Lucky for us sport climbers that obsess over every gram we’re forced to lug up with us on the proj, the Metolius CR is still light despite it’s durability. Not only does this 2.29 ounce carabiner weigh far less than the old HMS steel lockers you inherited from your crazy uncle who still insists on climbing in his swami belt, but it weighs less than plenty of other modern alternatives, too.

Functionally, the CR Carabiner worked without any hiccups. The screw-mechanism operated smoothly up on the walls of the Black Canyon, and it was small enough to fit through the guide-mode hole in a belay device. Our only concern would be the black finish potentially causing the biner to absorb even more heat than normal metal gear, but let’s face it: If the heat is turning your gear into hot pokers better suited for branding than climbing, you might as well go take a dip in that salty sea and nurse a cocktail in a coconut shell.