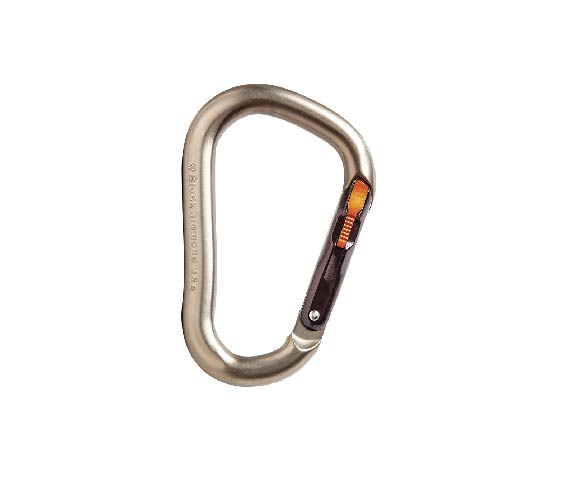 Review of the Black Diamond Magnetron Rocklock, the first carabiner with a magnetic locking mechanism. 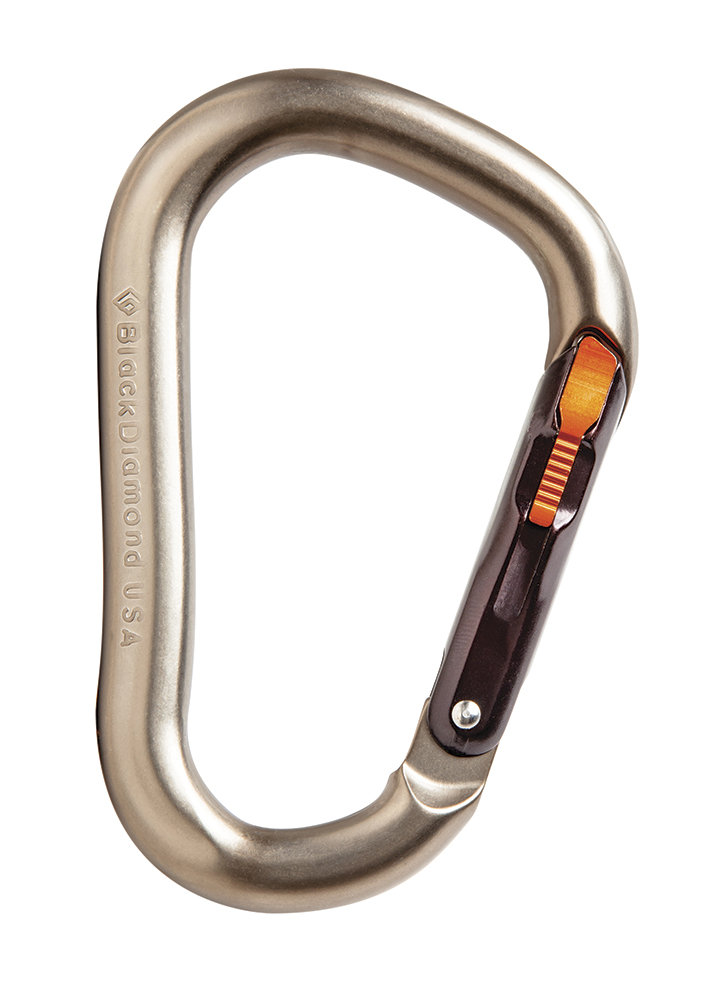 I don’t know what it is with magnets. There’s the new Petzl Sirocco (look left) with its magnetic chin strap, and now BD has the Magnetron, a locking carabiner that uses magnets instead of a spring or screw to secure the gate. When I heard about this, I was woozy with questions. Seeking answers, I shuffled off to a press conference held by Bill Belcourt, Black Diamond’s Climbing Category Director, at a blistering summer trade show in Salt Lake City.Despite the 8 a.m. alpine start (for a trade show), the journalists came, yellow writing pads and pencils in hand, brows knitted with investigative thought.

Belcourt walked us through the Magnetron’s paces, then opened the floor to questions.

“Does it still work if metal filings get on the magnets?” asked a fellow journalist. Belcourt stood as stony as one of those faces on Easter Island. I had to admire his reserve.

“If you climbed where there were metal filings,” he said, “they could get on the magnets, but you could just brush them off.”

“Do the magnets work at the North Pole?” asked another writer.

“We didn’t test the Magnetron at the North Pole, so I don’t know,” said Belcourt, “but I don’t believe there’s any climbing up there.”

“Do the magnets wear out?”

I have heard that there is no such thing as a stupid question, but Belcourt must have thought he was fielding queries from a box of marbles. I decided not to ask how the Magnetron got its name, and instead vowed to just buy one and go climbing.

After perhaps 1,000 uses, I can report that the Magnetron is, with a big exception noted later in this review, the most user-friendly locker I have yet snapped onto a belay loop. Unlike fumbly twistlocks or screwgates, the Magnetron’s magnetically secured lock opens with an action that is as natural as squeezing eyebrow tweezers.

The locking mechanism uses a magnetic pin on either side of the gate. The pins function similar to tumblers in a door lock, and are attracted to a steel insert in the carabiner’s nose. When you pinch the gate, the pins spring out like baby crab claws going after prey. Let go and they snap shut. Because both pins must be released simultaneously for the gate to open, there is practically no chance the carabiner can accidentally bump or scrape open.

For reasons I haven’t determined (shape or balance, perhaps), the Magnetron is less prone to cross loading or flipping around than other lockers. Clipped to a Grigri or Mini Traxion, the Magnetron stays where it is supposed to, just like a good dog. A keylock nose glides through messes of webbing and rope without snagging. Besides the easy-locking bit, my favorite parts are the low-profile locking arms. These glide through device clip-in holes and, unlike bulky screw locks or auto-lock collars, do not hang up on your belay/rappel loop.

The problem is, the Magnetron is more likely to become inoperable due to dirt/grit or frost/ice than any locker I have used. Winter use is especially problematic—the Magnetron is apt to freeze shut. Simply getting snow on the locking mechanism can be enough to weld it closed. With effort (sometimes supreme effort) you can usually force the gate open, or warm it in your hand until it opens, but I wouldn’t count on it.

Magnetism is one of the four fundamental forces in the universe (the others are gravity, and weak and strong nuclear forces, in case you care), and it is a bold leap of imagination to harness this invisible power to keep us climbers safe. Scientists do predict that the Earth will reverse its magnetic field in 500 years. How that will affect the Magnetron remains unclear. Until then, perhaps we can check out whether the Magnetron works at the North Pole.

I had given the Magnetron five stars, but after nearly a year of use in all conditions, I found that the magnetic lock can jam shut when it gets gritty or freezes. For that reason, which isn’t small, I deducted two stars to give it three out of a possible five.