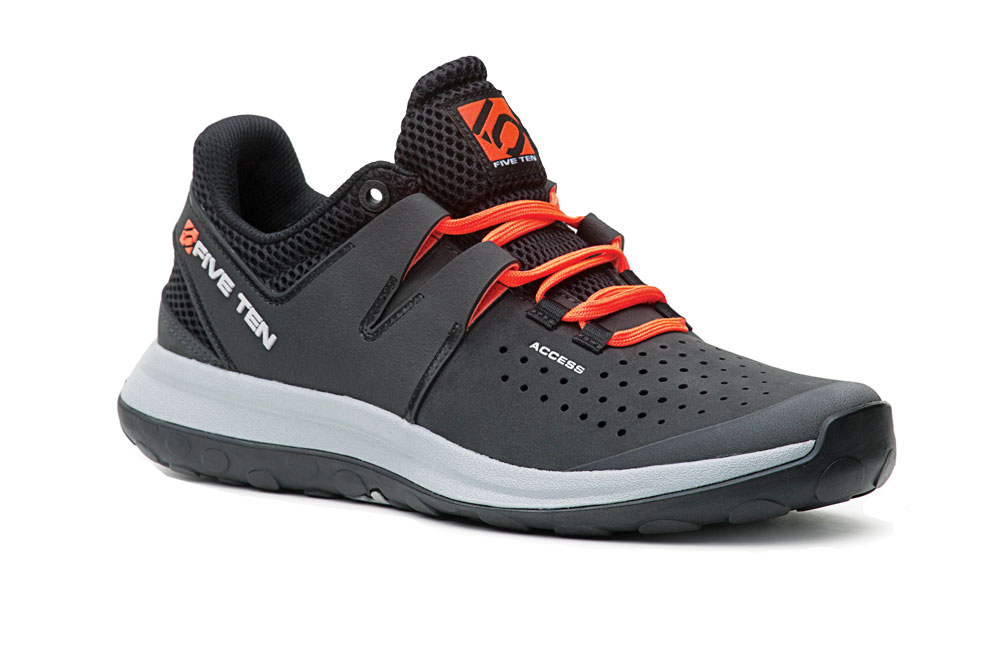 I’ve used the Access for hiking, scrambling and numerous bolting missions. I’ve worn them to kick away choss, for off-trail hiking, for working out moves. When the dust settled, two things stood out. 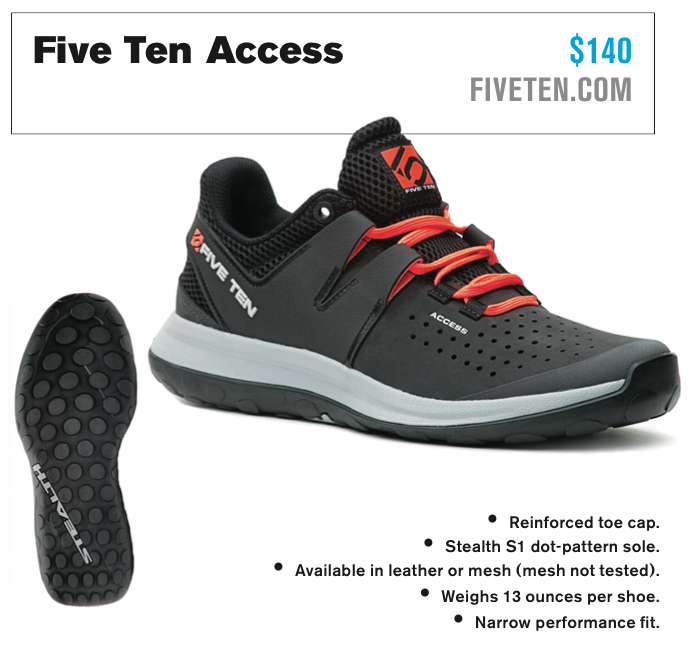 We were running late for our friend’s wedding when I hopped in the back of the car to change. Putting on my nice suit, I went to grab my dress shoes when it hit me: I’d left them at home. All I had were my new Five Ten Access approach shoes, black leather with bright pink-orange laces. I felt like an idiot, but at that point the only option was to rock them in style and hope they didn’t stand out too much. I mean, who looks down at other people’s feet anyway? At the party, several people commented that they liked my shoes, and I thought, only at a climber’s wedding in Boulder would this be O.K.

Since then, I’ve used the Access for hiking, scrambling and numerous bolting missions. I’ve worn them to kick away choss, for off-trail hiking, for working out moves. When the dust settled, two things stood out.

One, they are extremely comfortable. Some approach shoes are so stiff you feel like you are wearing steel-shank boots, and others are soft as moccasins, and you feel every rock and pebble on the trail. The Access strikes a balance between comfort and support. Five Ten says the Access has a “technical fit,” meaning it is on the narrow side, and you should go a half size up from your usual. I went the other way, wearing a half size smaller, and my narrow feet nested right in.

Two, although the Access lacks a rand, it is durable. While my shoes are now so scuffed they would no longer pass muster at a wedding, functionally they aren’t any worse for wear. I attribute this to a combination of the tough Stealth S1 rubber sole, and the reinforced toe—typically the toe of an approach shoe is the first thing to fall apart.

Downsides: The Access doesn’t have a keeper loop on the back, so you can’t clip the shoes to your harness to take them up a long climb. Tip: Use the laces to make a loop, old-school style, and clip this.