Here is the second half of results from the Moscow Youth World Championships, including American wins in Youth A lead by Brooke Raboutou and Youth B by Colin Duffy 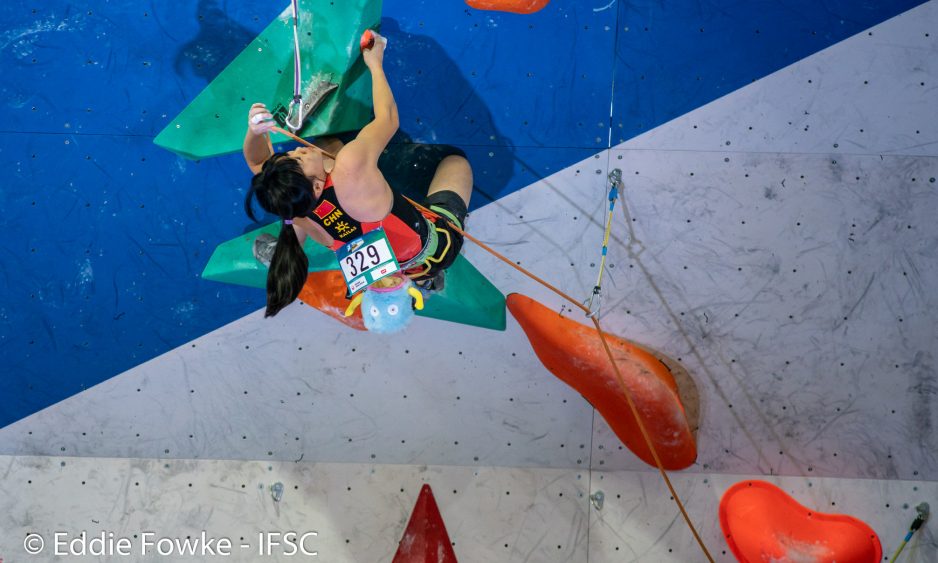 The winners of the 2018 Youth World Championships in Moscow have been decided, with results in from the lead comps and Youth B (14-15) bouldering. If you missed our first recap, click here.

The Youth B female bouldering competition saw the 14-year-old Natsuki Tanii of Japan soar into the lead with four tops in semis, and maintain that lead over the French Naile Meignan in finals. With three tops going to each, Tanii won on attempts, flashing the first and last problems. Japan also received a medal from the boys Youth B bouldering competition, thanks to Rei Kawamata, 2017’s defending champion, who went into finals tied with his countryman Ryoei Nukui. Kawamata then successfully held off the Austrian Thomas Podolan and pushed him into second place, despite the latter’s flash of M4, securing four tops himself.

The male Juniors lead competition saw Meichi Narasaki, also of Japan, take his second win. The 19-year-old Narasaki placed first in the bouldering competition for the Juniors earlier this week. He and the Czech climber Jakub Konecny were the only two to top the finals route, which led to the winner being decided on countback to semis and Narasaki cinching top of the podium. Japan also netted a Youth A male win, after Hidemasa Nishida and Luka Potocar of Slovenia battled down to the wire in perhaps the closest match in Moscow this year. Both were the only climbers to top the finals, semis, and second qualifiers routes, leading to a count back to the very first round of the competition, where Nishida managed a top and Potocar narrowly missed out with a score of 38+. Podolan of Austria, who narrowly lost to Ryoei Nukui in his age grouping’s bouldering category, came close to a Youth B lead win for the boys, but was foiled by the American Colin Duffy, who tied him for a top in finals, and then took first prize based on count back to semis.

Slovenia’s Vita Lukan beat out the Frenchwoman Nolwenn Arc, 39+ to 39, in Juniors lead for the girls, while the American wunderkind Brooke Raboutou battered back all competition to take gold in Youth A, pushing several moves higher than the closest competitor, Futaba Ito of Japan. Raboutou scored 37+ to Ito’s 31+. “Going into finals I actually didn’t feel very nervous. I felt relaxed and confident,” Raboutotu told Rock and Ice. “Although I have dreamed of being the Youth World Champion, I wasn’t expecting it. I was just hoping that I would be able to find a good rhythm on the finals climb, and be able to fight and try hard. Luckily, everything came together and my dreams became a reality!” She said the finals route got consistently harder. “It’s hard to pinpoint an exact crux,” she added, “but I think the two moves before I fell were probably the hardest for me. The move that I fell on was not the hardest move, but a mix of fatigue and lack of patience made me miss the hold before the top.” Youth B female lead saw yet gold medal for Japan, with Natsuki Tanii of the bouldering winning yet again, scoring the only top of finals. -Owen Clarke

All photos of the Youth World Championships are provided by photographer Eddie Fowke. To support Fowke and ensure he can continue to provide coverage of these events please consider donating to his GoFundMe campaign here.