Wharton and Walsh Send the North Pillar of Twins Tower

Josh Wharton and Jon Walsh have successfully climbed the intimidating North Pillar of Twins Tower in the Canadian Rockies. 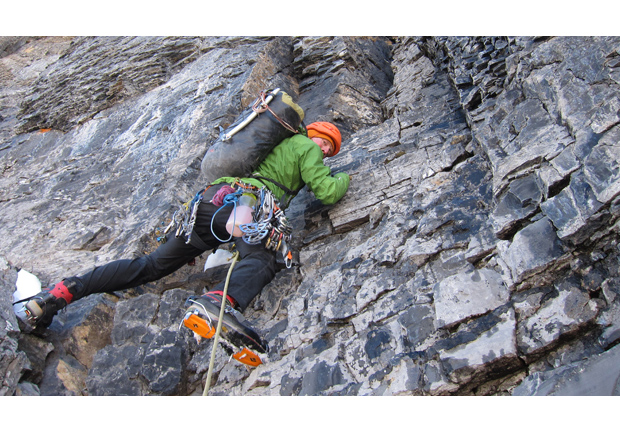 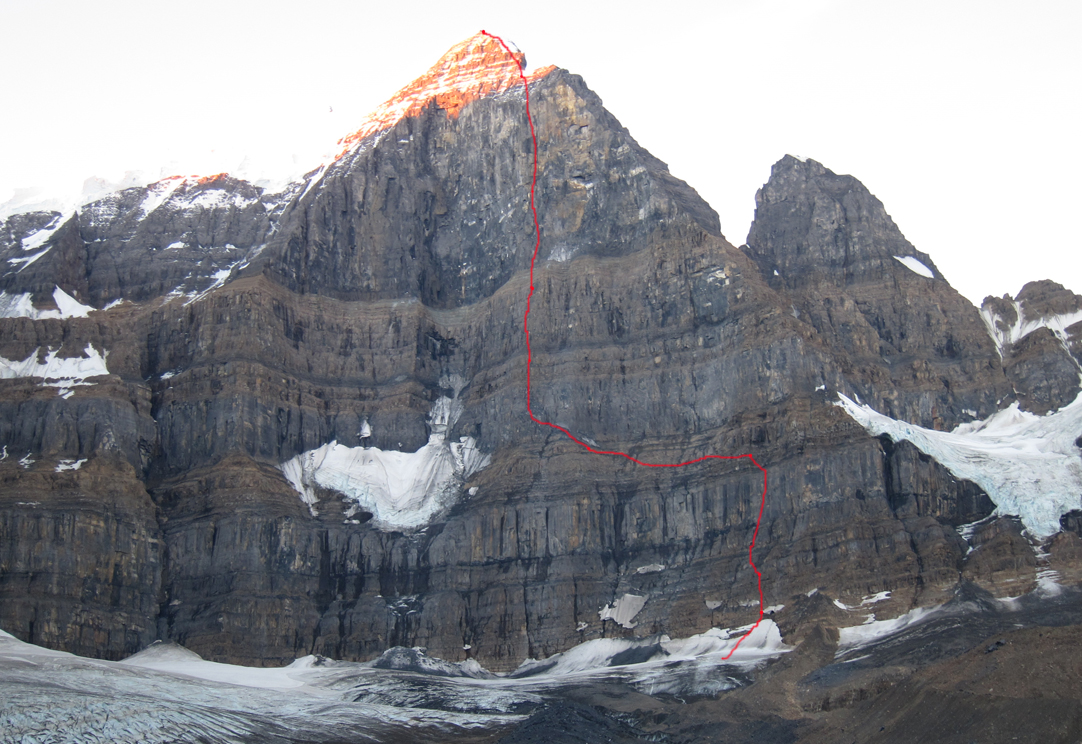 Forced to pack extremely light with only approximately 5,000 calories each, Wharton and Walsh committed, and began climbing the next day. However, while on the second pitch, Walsh writes that Wharton “wasn’t sure if he was psyched anymore.”

“The Twin was my first ‘summer’ conditions climb in the Rockies, so I was a bit shocked by just how much loose rock there was, particularly on the bottom, low angle portion of the wall,” explains Wharton. “I expected it to be bad, but it was REALLY bad.”

Wharton says he opted to voice his questions of risk versus reward early on due to the difficulty of backing off of a route that “lo0se” and committing higher up. “I’m glad Jon had already made a strong attempt on the wall before, so his psyche was high to continue,” says Wharton. “I drafted on his motivation for a bit.”

For the next three and a half days, Walsh and Wharton pushed higher on the route, climbing through what Wharton describes as “lots of loose, and poorly protected 5.10, and 5.11- terrain.”

“What stands out is how sustained the fear factor was,” says Wharton. “Often on alpine climbs, there are a few spicy moments, that break up long stretches of amazing views, adventure, fun, and good climbing. On the North Twin the inverse was true; continuous fear and spice, with only a little of the good stuff!”

Despite the constantly demanding climbing, Walsh and Wharton persevered and reached the summit at approximately 4:00 p.m. on September 12. 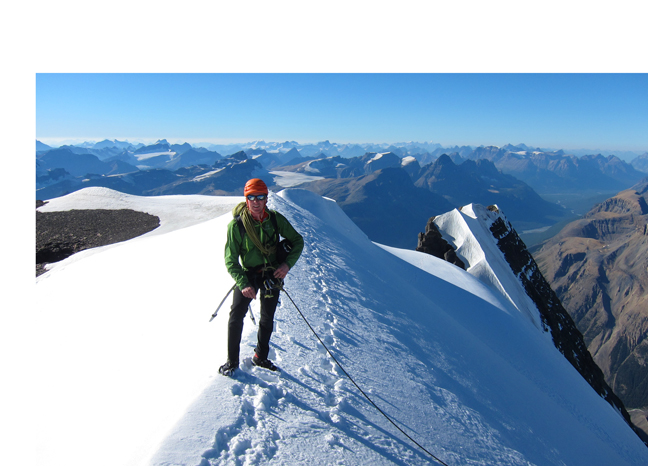 This ascent is only the fourth time anyone has summited the North Twin via the north face. In 1974, George Lowe and Chris Jones pioneered the wall’s first route  with the Lowe-Jones (VI 5.10 A3) and in 1985 Blanchard and Cheesmond climbed the wall’s steepest route–North Pillar (VI 5.10d A2). The third route on the face is a variation of the Lowe Jones that Steve House and Marko Prezelj completed in 2004 at 5.9 A2.

As for Wharton and Walsh’s second ascent of the North Pillar, Walsh writes that they climbed the route at the grade of “5.11b r/x, A1 (about 4 meters of aid climbing) on the last pitch of the headwall.” And as for the R/X grade, Walsh explains: “I suppose the r/x grade is irrelevant, as what else would you expect getting on an alpine limestone face of this size?”