The “Swiss Machine” Ueli Steck, one of the greatest alpinists of all time, has died in a fall while climbing alone on Nuptse, Nepal. 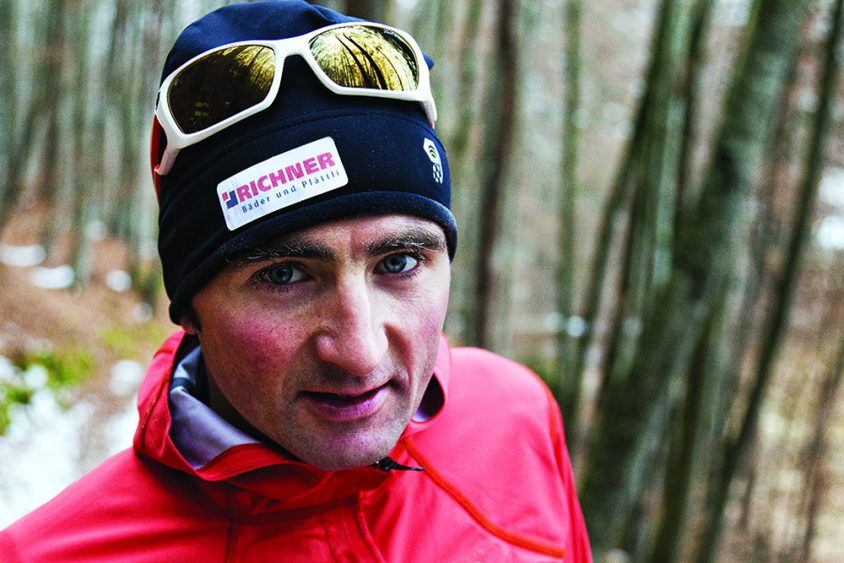 One of the greatest alpinists of all time, the Swiss climber Ueli Steck, has died in a fall while climbing alone on Nuptse (7,861m) adjacent to Lhotse and Everest. Steck was in the Himalaya for his “Everest-Lhotse Project,” intending to link, with Tenji Sherpa, Everest and Lhotse. Steck was to climb Everest via the difficult Hornbein Couloir, descend to the South Col, then take a direct line up Lhotse, all without supplemental oxygen. Had he and Tenji Sherpa succeeded this would have been the first link of the two big mountains. In an interview on April 7 with Planetmountain.com, Steck gave his odds at succeeding on the traverse at “50/50.”

In 2012 Steck climbed Everest, without supplemental oxygen, via the normal South Col route. He hoped to link Everest and Lhotse this year, he told Planetmountain.com, because he knew that he could climb Everest without oxygen, and the next challenge was to see how long he could climb in one push above 8,000 meters.

Steck is assumed to have been acclimating by soloing on Nuptse when his accident occurred, although details haven’t been released. Steck’s body has been recovered.

On his website uelisteck.ch, Steck reported on April 24 that he had climbed to Camp 2 on Everest where he spent two nights acclimating. Earlier, in February, Steck trained in the Khumbu Valley by climbing and running some 40,000 vertical feet and 100 miles at elevations between 4,700 and 6,180 meters. “My mind and body,” he noted, “are perfect.”

Steck began climbing when he was 12 and redpointed 5.13b by age 16 and scaled the North Face of the Eiger at age 18.  In 2015 Steck climbed all 82 4,000-meter peaks in the Alps in just 62 days for a total of 330,000 feet of elevation gain. Steck ran, hiked, bicycled and paraglided some 600 miles between peaks, linking them under his own power. In one day alone he climbed 18 peaks on the Monte Rosa Traverse. His achievement wasn’t without tragedy: One of his partners, the Dutch climber Martijn Seuren, fell 950 feet on the Aiguille de Rochefort in the Mont Blanc massif and was killed.

Although Steck was famous for his blazing times on technical routes in the mountains, he nearly onsighted Golden Gate on El Cap in 2009, falling just once on a wet section of 5.11 and onsighting its 5 pitches of 5.12 and three pitches of 5.13. He climbed Golden Gate over four days with his new wife belaying.

Perhaps Steck’s most notable climb was his first ascent, solo, and in a mere 28 hours in 2013, of the immense unclimbed South Face of Annapurna (8,091m). He was awarded a Piolet d’Or for that climb, but was criticized for failing to provide proof of his achievement, having had his camera swept away by an avalanche and neglecting to activate his G.P.S. tracker. Soon after Steck’s climb, the strong French team of Stephane Benoist and Yannick Graziani took eight days to repeat the Himalayan wall. Benoist lost all of his toes and some fingers to frostbite. Neither climber saw any signs of Steck’s passage, although ice and snow conditions had changed and Steck’s tool marks may have melted out or been covered by fresh snow. Still, doubts of Steck’s claim persisted. Seemingly unbothered, he shrugged off the controversy saying that there were “Also people who doubt the moon landing.”

In 2014 Steck, during a slideshow for National Geographic, said that his Annapurna solo was his last climb of that caliber. The new Ueli Steck, in his “old age” would be a safer Ueli Steck.

A year later he set the Eiger speed record.