Carlo Alberto “Cala” Cimenti and Patrick Negro died early this week, buried in an avalanche near their homes in Italy. Cimenti, in particular, was a hero among Italian mountaineers, widely known for cutting-edge ski descents around the world. 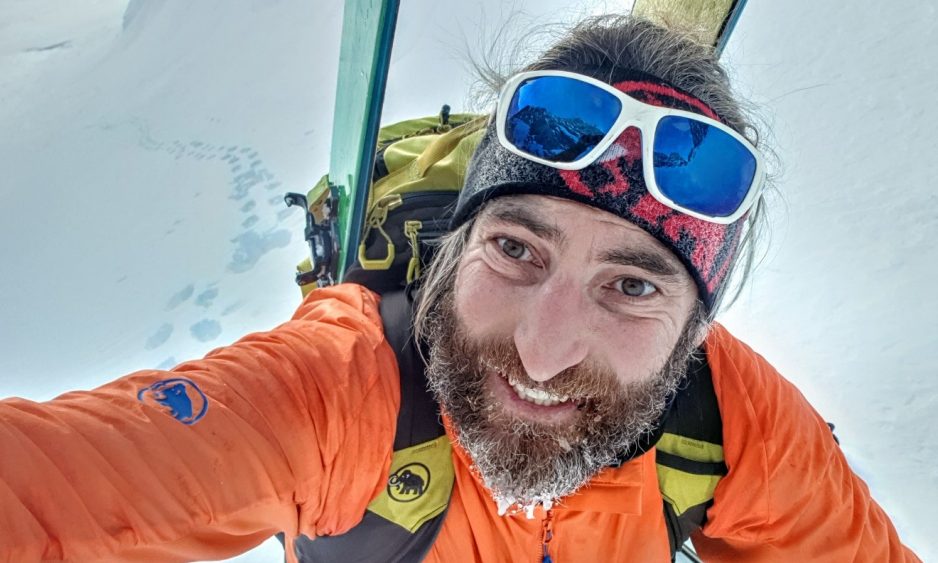 Carlo Alberto “Cala” Cimenti (45) and Patrick Negro (50) died Monday, February 8, when the duo were hit by an avalanche while backcountry skiing near their homes in Italy’s Chisone Valley. Cimenti was only a week away from his 46th birthday. The bodies of the two friends were found beneath more than two meters of snow by local rescue teams.

Both men were extremely competent mountaineers and skiers. Though lesser-known, the 50-year-old Negro served as stationmaster of the Pragelato Mountain Rescue Station for several years, and was a father of two. Cimenti, meanwhile, was renowned worldwide for a slew of stunning climbs and ski descents, including the first ascent and subsequent ski descent of Gasherbrum VII (6,955 m), via the northeast face. The 2019 climb was completed in a single day with Francesco Cassardo, for which the duo was nominated for a 2020 Piolet d’Or. Cimenti received acclaim for saving Cassardo’s life after the latter took a brutal fall high on the mountain.

Cimenti also completed climbs of Cho Oyu (8,188 m) and Ama Dablam (6,812 m), the latter which he soloed in 26 hours, and became the first to ski from the summit of Tajikistan’s Ismoil Somoni (7,495 m), also known as Communism Peak. Along with Ismoil Somoni, he summited Ibn Sina (Lenin Peak), Khan Tengri, Korjenekaya Peak, and Jengish Chokusu (Victory Peak), for which he was awarded the “Snow Leopard Award,” given by the Russian Mountaineering Federation for summits of the five highest peaks (above 7,000m) in the former USSR. Cimenti was the first Italian to receive the honor.

The day before his death, Cimenti posted a heartfelt message on Instagram to his friend Ali Sadpara, missing on K2 along with John Snorri and JP Mohr Prieto (the trio are now presumed dead). Cimenti and Sadpara met on Nanga Parbat in 2019. Roughly translated from Italian, Cimenti wrote:

Come on friend, even though our lives crossed only for a few days on Nanga Parbat, our conversations and meetings were straightforward and sincere. I hope to read soon that they saw you reappear from the icy embrace of that huge and terrible mountain. There at the base camp of Nanga Parbat you were the lord of that mountain, claim that rank you earned with so much valor and come back!