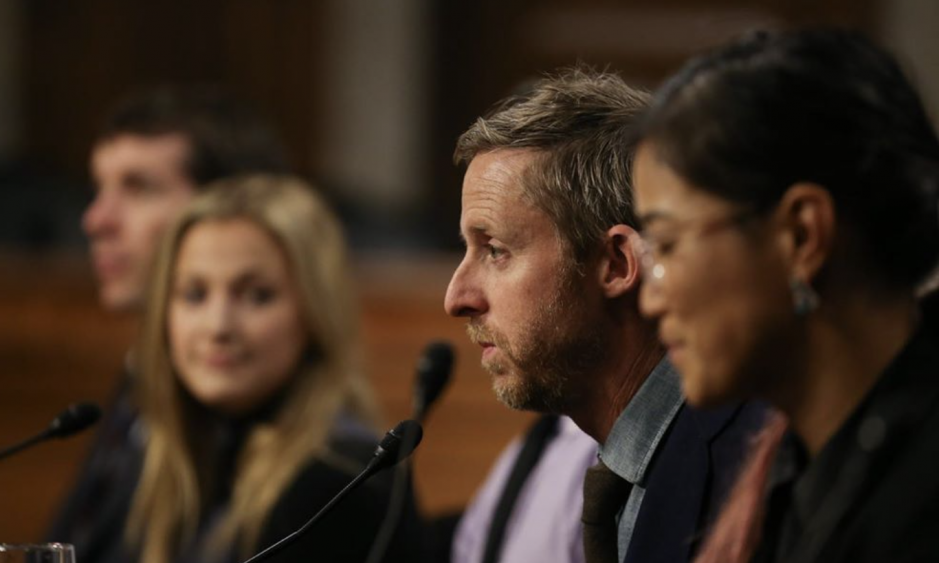 I know that headline seems bold. But hear me out: If we let Trump run his course for another four years, the anti-environmental policies that his administration is putting into effect will last a very long time. That means more rollbacks on emission regulations, increased fossil fuel development in formerly protected public lands, and less restrictions on monitoring clean air and water.

How will that affect rock climbing and outdoor recreation? Well, have you tried climbing amidst raging wildfires? (I have. It’s not fun.) Right now, the American West is blanketed in smoke from forest fires, a direct result of our changing climate. Fire season is now longer and more intense. In years past, I’ve been evacuated from my home in Colorado twice due to the threat of fire. As a climber, I spend a lot of time hanging off granite walls from Yosemite to the Rockies. It’s from those unique vantage points that I’ve gained perspective on what’s happening to our climate.

I’ve seen an increase in dangerous rockfall attributed to warming temperatures and I’ve watched as wintertime climbing routes disappear completely due to snowmelt. Ouray, Colorado, one of the most famous ice-climbing spots in America, is rapidly losing ice, which could render ice climbing there a thing of the past.

In Rocky Mountain National Park—the third most visited National Park in the country, which is minutes from my house—I’ve seen droughts and mild winters lead to pine beetles killing off lodgepole pines by the acre. Unhealthy forests mean more carbon in the atmosphere and conditions ripe for the kind of wildfires the West is currently being devastated by. It also impacts our access to clean water, since 80 percent of the state’s residents depend on forest watersheds for their drinking source.

It took all of that for me to realize I needed to stand up for change. It took having kids for me to realize we needed to do it now. I’ve spent a few years advocating for reduced carbon emissions and protecting public lands. But none of that can happen unless we elect the right people.

In November, I’ll be voting for Joe Biden for president and former Governor John Hickenlooper in the Senate race in Colorado. Biden has been a climate-forward politician before the term climate change was standard vernacular. As a senator from Delaware in 1986, he introduced one of the first climate bills in Congress. With Biden as president, the U.S. will aim to achieve 100 percent clean energy by 2050. His environmental and climate justice plans will protect marginalized communities from harmful polluters. Biden will bring us together. If we are going to tackle climate, it has to be a global effort.

Trump is in the pocket of the oil and gas industries. So is Republican Senator Cory Gardner, who’s running against Hickenlooper. Oil and gas executives are among Gardner’s top five campaign contributors and Gardner votes with Trump 95 percent of the time. I’ve lobbied in Gardner’s office before and he’ll say things like “I love public lands” or “Climate is a big issue,” but his voting record doesn’t back that up. He’s voted against the environment in 85 percent of critical votes and he voted five times to prevent the EPA from controlling massive polluters—despite what Colorado residents actually want.

If you don’t care about Trump or Gardner’s impact on rock climbing, maybe you care about the economy in Colorado. Did you know that Colorado’s outdoor recreation economy brings in $37 billion each year and creates more than 500,000 jobs? That’s 10 percent of the state’s GDP. Ninety-two percent of Colorado residents participate in outdoor recreation. If we don’t have clean air and healthy forests, that way of life won’t exist for the next generations.

My kids, who are four and seven, are in for a much tougher world. I’m trying to do everything I can to prepare them but also to minimize the harshness that could become their reality. You don’t have to be a flawless environmentalist to vote for climate. None of us are perfect. That doesn’t mean we can’t demand systemic changes from our government. How you vote will make all the difference.

Tommy Caldwell is one of the country’s most pioneering big-wall rock climbers. He hails from Estes Park, Colorado, and he’s a member of the Athlete Alliance for the Protect Our Winters Action Fund.

Thanks Tommy! As a fellow Colorado resident I am glad you are speaking out about Gardner. He has been awful. I have already voted for Biden and Hickenlooper. It’s a start.