The Return of Festiglace! Recap and Photos - Rock and Ice
News + 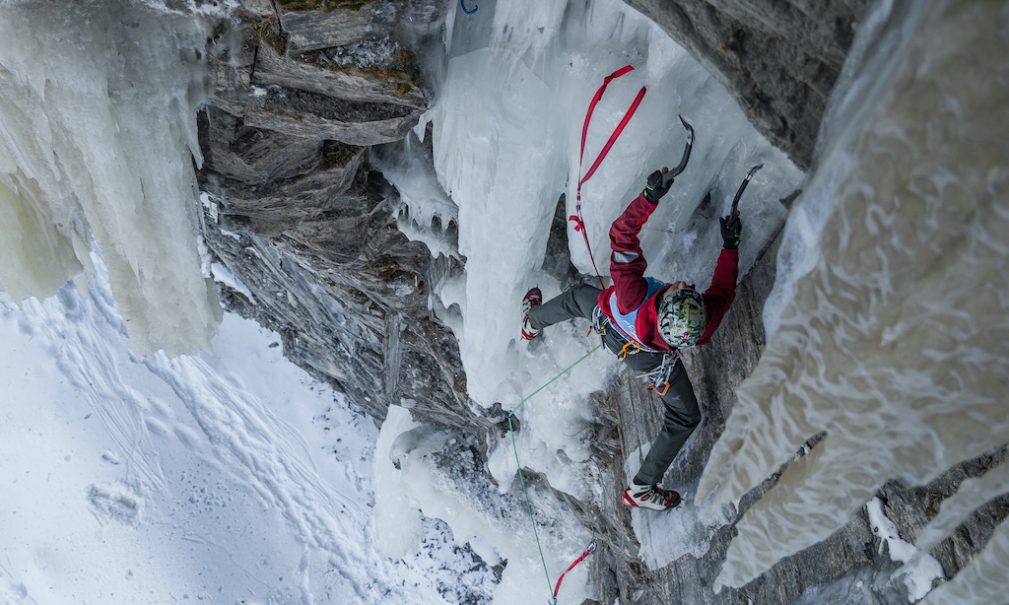 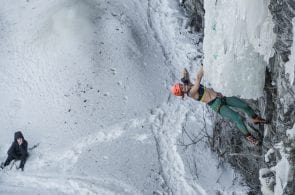 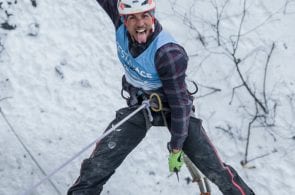 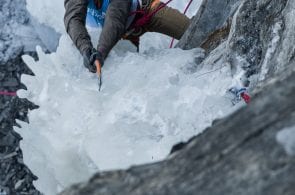 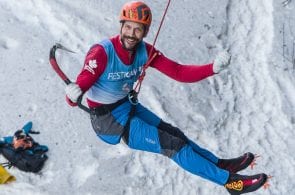 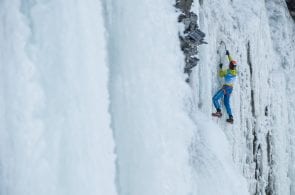 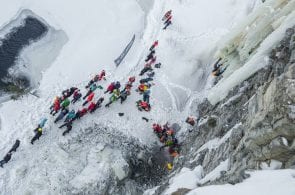 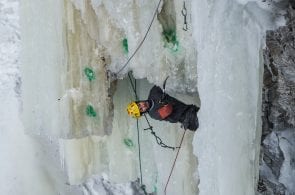 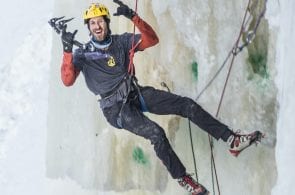 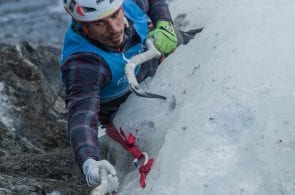 February 21  to 23 marked the return of Festiglace, Quebec’s most famous ice climbing festival, after more than a decade of absence. With the growing popularity of ice climbing in La Belle Province it became obvious that something was missing to represent the province internationally and also for Quebec’s growing community of climbers. Long time climber Dany Julien, who dreamed about resurrecting the event since its last edition, decided to take action and started sketching out plans in 2018 for Festiglace’s comeback. Then in 2019 he surrounded himself with a crew of equially passionate individuals—including Véronique Parke Bédard, Ludwig Dumetz and Damien Côté—to make it all happen this winter.

There were many things that needed to be done— securing sponsorships, site preparation, recruiting volunteers—but more than anything was getting the routes in condition. Anybody that knows the climbing at Pont Rouge knows how chossy the rock is, and with significantly less traffic in the past decade than during the days of the annual festival, it meant a lot of work had to be done to make the climbing routes safe.

The stakes for Festiglace’s return were high, but when Friday, February 21 rolled around this year, all worries evaporated: temps were great, people were stoked. Friday saw climbing clinics followed by an evening of great programming. François-Guy Thivierge, a pioneer of Pont Rouge climbing with lots of first ascents, gave a speech, and then Andres Marin presented a slideshow about his solo climb of the Great Trango Tower in Pakistan. The evening wrapped up with a presentation by Ian Welsted on mixed and alpine climbing in the Canadian Rockies. (Welsted won a Piolet d’Or in 2014 for his ascent of the northwest face of K6, Pakistan.)

Saturday brought the Enduro Competition, an endurance event where the athletes were given three hours to climb as many routes as possible, ranging from M6 to M8+ (with routes worth different point values based on difficulty). A total of 24 climbers were competing and the top 10 would climb in Sunday’s final exhibition competition. While the Enduro Competition was taking place, an amateur competition of technical climbing was also happening and the winner, Émile Couture-Michaud, also earned a spot for the finals.

Another great night kicked off on Saturday with a presentation by Mark Richey who, with Steve Swenson, Graham Zimmerman and Chris Wright, made the first ascent of 7,041-meter-high Link Sar in Pakistan last year. It was also the moment of truth when climbers found out if they made the cut for the finals the following morning. Among the finalists were Will Mayo, Nathan Kutcher, Marianne Van der Steen, Dennis Van Hoek and Pierre-Alexandre Keller.

Sunday Started with the speed climbing competition, won by David Bouffard, of Canada. He recorded a blazing time of 9.95 seconds. But David’s effort was not the end of his day, as he also competed in finals, which he topped out with a succession of figure fours and figure nines through a numbers of roofs.

The exhibition route, created two days before by Ben Dubois and François Bédard, was topped by only five of 11 climbers, all of whom delivered a spectacular display of technical abilities and brute strength. Particularly impressive was Nathan Kutcher, who finished the route with one ice tool after losing the other two-thirds of the way up the route.

For the local crowd, one of the best moments was cheering on local crusher D’Zaô Plamondon, who was the only Quebecer to top out the finals route. Plamondon also climbed 13 routes during Saturday’s Enduro Competition, finishing third behind Pierre-Alexandre Keller and Will Mayo.

The return of Festiglace was a major success, but also a prelude to bigger and better things to come in next year’s edition. Hope to see you in 2021!

See full results from all the competitions at Festiglace 2020 here!

The Eagle-Vail Area Gets its First Climbing Gym

Desert Songs: A Photo Story of the Kings and Qu...